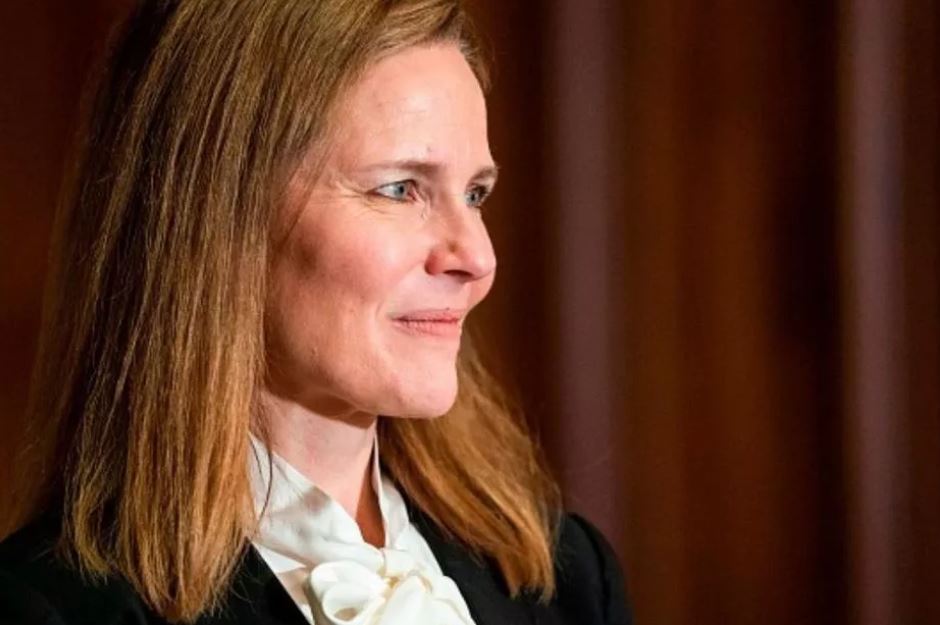 The Senate Judiciary Committee confirmation hearings are set to begin Oct. 12 with the Supreme Court Nominee’s opening statements then two days of questioning.

President Trump’s nomination of Judge Amy Coney Barrett to become an Associate Justice on the Supreme Court has energized countless women across the country. They look at her achievements – balancing a professional career with raising several children – and, because, many of women are working mothers, they identify with her. (A couple of years ago they might have exclaimed “Me too!”, but that phrase has understandably gone out of fashion.) But, as we celebrate that “one of our own” is likely to ascend to a place on our nation’s highest court, it’s also important that we humbly admit that Barrett is – frankly – exceptional.

Not many lawyers are up to the challenge of reviewing the countless petitions for the high court’s review, faithfully upholding the Constitution and the laws of the United States, courageously handing down decisions without regard to their popularity, and avoiding intellectual pride that comes with having the “last say” when it comes to matters of important legal and social significance. And not many have the mettle to do all of this consistently for the rest of their lives. Judge Amy Coney Barrett is eminently and perhaps even uniquely qualified to do all of these things on the Supreme Court.

Her accomplishments are awe-inspiring. In college, Barrett earnedPhi Beta Kappadistinction. She then received a full-tuition scholarship to attend law school at Notre Dame, served as Executive Editor to its law review, won the Hoynes Prize for best record in “scholarship, deportment and achievement,” and graduatedsumma cum laude. In his recommendation of Barrett to serve as a law clerk to Justice Antonin Scalia, John Garvey, current President of the Catholic University of America, wrote simply: “Amy Barrett is the best student I ever had.” A liberal Harvard law professor who clerked on the high court at the same time as Barrett recentlyremarked: “To add to her merits, Barrett is a sincere, lovely person. I never heard her utter a word that wasn’t thoughtful and kind – including in the heat of real disagreement about important subjects.” Serving for just under three years as a judge on the 7th Circuit Court of Appeals, Judge Barrett has already heard 600 cases, writing opinions in over 100.

As an academic, Barrettcombined rigorous legal scholarship with effective and attentive teaching. In fact, while at Notre Dame’s law school, Barrett was repeatedly recognized by her students with the Distinguished Professor of the Year Award, an honor given to a member of the faculty “who exhibits excellence in leadership, friendship, legal knowledge, legal teaching, and professional ability.” Laura Wolk, a 2016 graduate of Notre Dame’s law school and the first blind woman to clerk on the Supreme Court,wroterecently of Barrett’s “sincerity and conviction” and “the ease with which she donates her time and energy to serving others from years of loving the Lord with her entire heart, mind, and strength, and loving her neighbor as herself.”

Just as impressive as Barrett’s professional and scholarly achievements – if not more – is her commitment to her vocation as a mother and spouse. Hers is a generous spirit that has welcomed five biological children (the youngest one with Down’s Syndrome) and two adopted children. Barrett considers her children to be “my greatest joy.” At the same time, she doesn’t shy away from acknowledging that “I couldn’t manage this very full life without the unwavering support of my husband.”

Barrett’s Senate Judiciary Committee confirmation hearings are set to begin Oct. 12 with her opening statements then two days of questioning. While the hearing room will not be stuffed to the gills thanks to pandemic restrictions, don’t be surprised if you see nearby opponents increepy Handmaid’s Tales attireand other regalia intended to disparage Judge Barrett.

My prediction: Democrats on the committee will most likely continue to waste their precious opportunity to advise and consent by grandstanding against President Trump and kowtowing to progressive interest groups. Barrett, for her part, will be poised, articulate, and steady. She will share her understanding of precedent, her perspective on the role of a judge and how to interpret the Constitution and federal laws. At the end of hearing, the 22 Judiciary Committee members will vote (most likely along party lines) and favorably report Barrett’s nomination to the full Senate for a vote. Needing only a simple majority, Barrett will likely be confirmed.

A Justice Barrett will have to hit the ground running to set up chambers and ready herself to analyze, hear oral arguments, and vote in a wide range of important cases. She will also pack up her home, help her family move, and start their new life in our nation’s capital as she will become the first mother of school age children to sit on the highest court. All of this will be done in the middle of a worldwide pandemic, with the Court already in session, and during the culmination of a presidential election. I won’t be surprised if she does so in heels and without a strand of hair out of place.