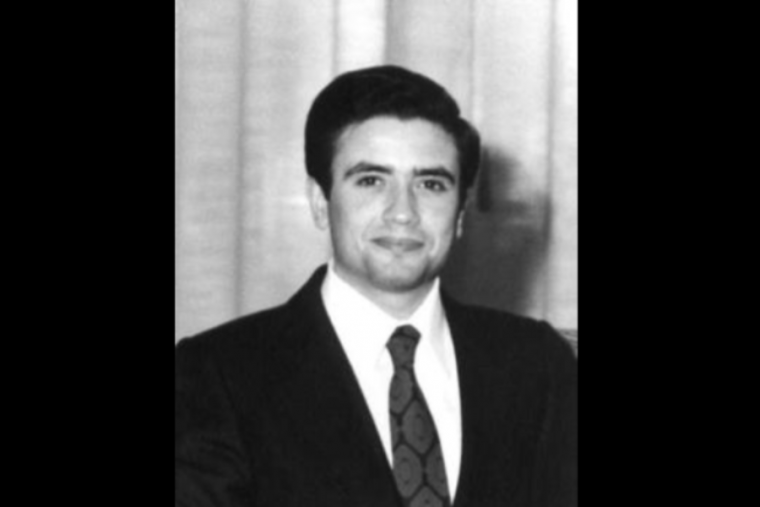 Thirty years ago Judge Rosario Livatino was brutally killed by the mafia on his commute to work at a courthouse in Sicily. Today he is recognized in the Catholic Church as a Servant of God and a candidate for sainthood.

Before his murder at the age of 37 on Sept. 21, 1990, Livatino spoke as a young lawyer about the intersection between the law and faith.

“The duty of the magistrate is to decide; however, to decide is also to choose… And it is precisely in this choosing in order to decide, in deciding so as to put things in order, that the judge who believes may find a relationship with God. It is a direct relationship, because to administer justice is to realize oneself, to pray, to dedicate oneself to God. It is an indirect relationship, mediated by love for the person under judgment,” Livatino said at a conference in 1986.

“However, believers and non-believersmust, in the moment of judging, dismiss all vanity and above all pride; they must feel the full weight of power entrusted to their hands, a weight all the greater because power is exercised in freedom and autonomy. And this task will be the lighter the more the judge humbly senses his own weaknesses,” he said.

Livatino’s convictions about his vocation within the legal profession and commitment to justice were tested at a time when the mafia demanded a weak judiciary in Sicily.

For a decadehe worked as a prosecutor dealing with the criminal activity of the mafia throughout the 1980s and confronted what Italians later called the “Tangentopoli,” or the corrupt system of mafia bribes and kickbacks given for public works contracts.

Livatino went on to serve as a judge atthe Court of Agrigento in 1989. He was driving unescorted toward the Agrigento courthouse when another car hit him, sending him off the road. He ran from the crashed vehicle into a field, but was shot in the back and then killed with more gunshots.

After his death, a Bible full of notations was found in his desk, where he always kept a crucifix.

On a pastoral visit to Sicily in 1993, Pope John Paul II called Livatino a “martyr of justice and indirectly of faith.”

Cardinal Francesco Montenegro, the current archbishop of Agrigento, told Italian media on the 30th anniversary of Livatino’s death that the judge was dedicated “not only to the cause of human justice, but to the Christian faith.”

“The strength of this faith was the cornerstone of his life as an operator of justice,” the cardinal told the Italian SIR news agency Sept. 21.

“Livatino was killed because he was prosecuting the mafia gangs by preventing their criminal activity, where they would have demanded weak judicial management. A service that he carried out with a strong sense of justice that came from his faith,” he said.

The courthouse where Livatino used to work in Agrigento also organized a conference over the weekend marking the anniversary of his death.

“Remembering Rosario Livatino … means urging the whole community to join forces and lay the foundations for a future no longer burdened by mafia loans,” Roberto Fico, president of the chamber, said at the event Sept. 19, according to La Repubblica.

“And it means strengthening the determination — which continues to animate so many judges and members of the police on the front line against organized crime — to want to do their duty at all costs.”

Pope Francisexpressed his supportthis year for an initiative aimed at countering mafia organizations’ use of the figure of the Blessed Virgin Mary to promote submission to the will of the mafia boss.

A working group organized by the Pontifical International Marian Academy will bring together about 40 Church and civil leaders to address the abuse of Marian devotions by mafia organizations, who use her figure to wield power and exert control.

The pope previously met with the Anti-Mafia Parliamentary Commission on the anniversary of Livatino’s death in 2017. On that occasion,hesaidthat dismantling the mafia begins with a political commitment to social justice and economic reform.

The pope saidthat corrupt organizations can serve as an alternative social structure which roots itself in areas where justice and human rights are lacking. Corruption, he noted, “always finds a way to justify itself, presenting itself as the ‘normal’ condition, the solution for those who are ‘shrewd,’ the way to reach one’s goals.”

The diocesan phase ofLivatino’s causeclosed in September 2018. There are two alleged miracles attributed to his intercession that need to be verified by the Vatican.

“Justice is necessary, but not sufficient, and can and must be overcome by the law of charity which is the law of love, love of neighbor and God,” Livatino said.

“And once more it will be the law of love, the vivifying strength of faith, that will solve the problem at its roots. Let’s remember Jesus’ words to the adulterous woman: ‘Let him who is without sin cast the first stone.’By these words, he indicated the deep reason of our difficulty: sin is shadow;in order to judge there is need of light, and no man is absolute light himself.”

Choose a College With a Discerning...

The Lamp: Why these Catholics are...