Knights of Columbus to report on Christian persecution in Nigeria 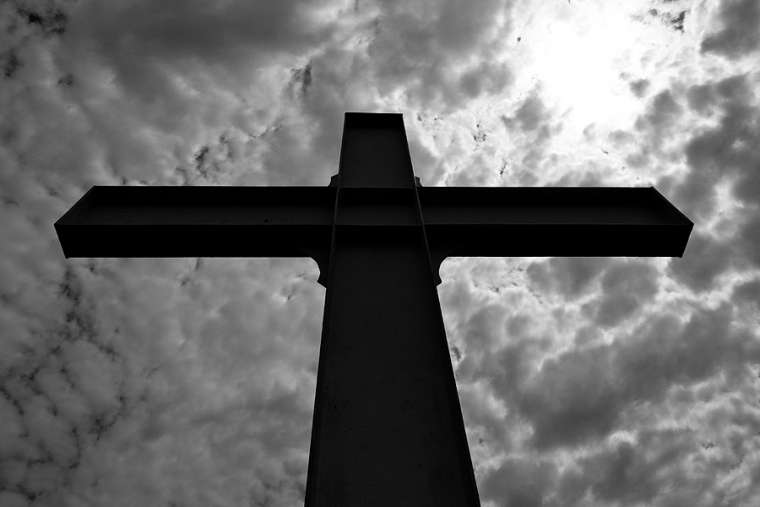 Knights of Columbus to report on Christian persecution in Nigeria

The Knights of Columbus announced a new initiative Thursday to report on Christian persecution in Nigeria, where at least 60,000 Christians have been killed in the past two decades.

Since 2014, the Catholic fraternal and charitable organization has spent more than $25 million on behalf of persecuted Christians and other religious minorities targeted for elimination in the Middle East, the organization says, which includes the rebuilding of the majority-Christian townof Karemlesh on the Nineveh Plain.

Nigeria is Africa’s most populous nation and the demographics overall are almost evenly split between Christians and Muslims.

Nigeria’s Christians, especially in the northern part of the country, have for the past several decades been subjected to brutal property destruction, killings, and kidnappings, often at the hands of Islamic extremist groups.

“The effort is similar to what we have done in Iraq and is based in the hope that greater attention by American diplomacy and humanitarian aid can make a difference there,” said Knights of Columbus Supreme Knight Carl Anderson in an Aug. 6 announcement of the new initiative.

Multiple Nigerian Catholics have told CNA in recent days that attacks on Christians by Fulani Muslim herders, as well as by the militant group Boko Haram, have not slowed in the midst of the global coronavirus pandemic.

The worst of the persecution, in the north, comes at the hands of Muslim terrorists against the majority-Christian population, CNA has been told.

Such incidents include attacks in late July on four Christian villages in Southern Kaduna, in which more than 62 Christians were killed by Islamic terrorists. Last month, an Islamic extremist group boasted of killing five international aid workers,three of whom were known employees of Christian aid agencies.

In other areas, many Christians, especially clergy, suffer kidnappings at the hands of terrorists seeking ransom. In many cases, for kidnapped priests, their parishioners band together to raise the ransom money.

In a high-profile case from earlier this year, gunmen abducted four seminarians from Good Shepherd Seminary in Kaduna, holding them for random. The kidnappers eventually released three of the seminarians, but killed 18-year-old Michael Nnadi after he refused to renounce his faith.

Fr. Charles Uganwa, communications director of the south-central Issele-Uku diocese, said six priests of the diocese have been kidnapped by Fulani herdsmen in the past two years. The most recent priest kidnapping took place in June.

“He was released after about four days in captivity. He was so injured. He was beaten with clubs and with stones, with the butt of their gun. He was seriously injured. He had to be in the hospital for many weeks,” Uganwa told CNA.

Father Joseph Fidelis, a priest of the northeastern diocese of Maidugui, told CNA this week that he estimates that since 2009, Boko Haram has driven out half of the 300,000 Catholics who used to live in the diocese. Though Catholics there still celebrate Mass openly, they have to take stringent security measures against suicide bombers.

The problem of internally displaced people (IDP), mostly Christians who have been driven from their homes, is especially acute in the north, where thousands of the destitute live in refugee camps.

“Around here, around Maiduguri, over 1.2 million are displaced. About 1.4 million, and the number keeps rising on a daily basis. [In] the entire country, you have over 2.4 million people internally displaced. Now that’s quite huge,” Fidelis said.

Part of the problem, Nigerian Christians have told CNA, is that the Muslim-controlled government has largely responded slowly, inadequately, or not at all to the problem of Christian persecution.

“The most important issue is that unfortunately, the government in Nigeria does not show enough will, either in speech or in action, to help to curb the violence and the bloodshed that we see, either from the terrorists or from bandits or from a headsman, because we have so many sorts of groups running riots all over the Northeast of Nigeria,” Bishop Emmanuel Badejo of the southern diocese of Oyo told CNA.

Bishop Badejo said although his diocese is more peaceful than some in the north, with Muslims and Christians largely co-existing peacefully, there are some means of persecution that are more systemic and subtle, with government appointments and written laws seeming to favor Islam over Christianity.

“It’s no secret that in Nigeria, especially with the [President Muhammadu] Buhari government, there are all written laws that have not favored Christians at all, that have favored, in other words, the Muslims,” Badejo said.

The Knights hope to raise greater awareness of Nigerian Christians’ plight by means of their new initiative.

In addition to financial aid, the Knights of Columbus have in the past advocated for persecuted Christians before the U.S. government, sending researchers to Iraq in 2016 to compile a 300-page report on the crimes of the so-called Islamic State (ISIS) against Christians in the country.

Later that year, both houses of Congress unanimously passed resolutions declaring ISIS’ targeting of Christians and other religious and ethnic minorities in the Middle East to be a genocide.

Christianity had been present in the Nineveh plain in Iraq – between the city of Mosul, the country’s second-largest city, and Iraqi Kurdistan– since the first century. ISIS’ brutal invasion six years ago displaced at least 125,000 Christians from the area, and to date only about 40,000 have been able to return.

The Knights have worked closely with the U.S. Agency for International Development (USAID) to ensure funds reach persecuted Christians in the Middle East.

The Knights are in the midst of their 138th annual convention, which this year is being held virtually for the first time, due to restrictions in place because of the coronavirus pandemic.

Founded in New Haven in 1882, the Knights of Columbus was originally intended to assist widows and their families upon the deaths of their husbands. It has grown into a worldwide Catholic fraternal order, with more than 2 million members carrying out works of charity and evangelization across the globe. The Knights also offer life insurance policies to their members.

The convention comes a few months after the Vatican announced that Fr. Michael McGivney, founder of the Knights of Columbus, will be beatifiedfollowing Pope Francis’ approval of a miracle attributed to his intercession.