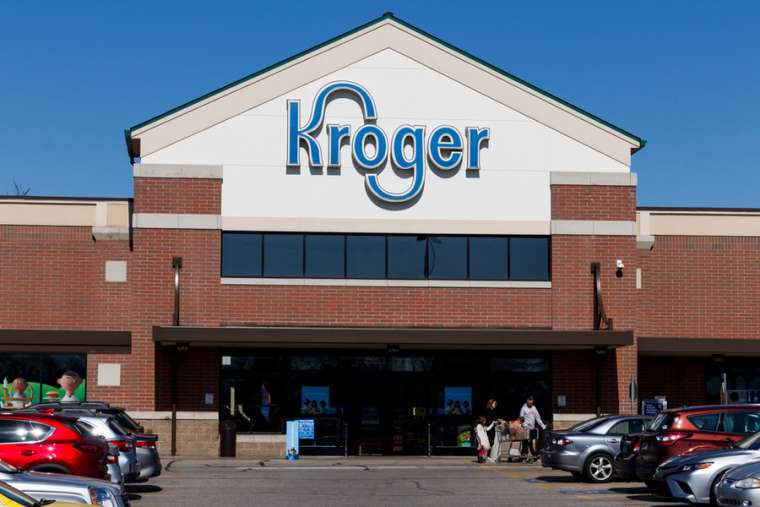 The federal government is suing the Kroger Company for discrimination after two employees at an Arkansas store were fired for not wearing a symbol they say represents the LGBT cause.

The Equal Employment Opportunity Commission (EEOC) filed suit against the supermarket chainon Sept. 14, alleging that store No. 625 in Conway, Ark., infringed on the religious beliefs of two employees who refused to wear auniform apron with a multi-colored heart; Kroger fired the employees after disciplining them several times for failure to comply with the uniform.

The EEOC fileda Title VII lawsuit in a federal district court, seeking back pay, compensatory damages, and a halt to any future acts of discrimination against employees. Title VII of the Civil Rights Act forbids discrimination on a number of counts, including on the basis of religion.

“Companies have an obligation under Title VII to consider requests for religious accommodations, and it is illegal to terminate employees for requesting an accommodation for their religious beliefs,” Delner-Franklin Thomas, district director of the EEOC’s Memphis District Office, stated.

When the Conway Kroger introduced a new dress code in April, 2019, it asked employees to wear an apron with a multi-colored heart emblem on the bib; the EEOC complaint says that it was a “rainbow-colored” emblem, while some pro-LGBT websites claimed that the heart was not rainbow-colored and was not an LGBT symbol.

The sitesreportedpictures of Kroger employeeswearingan apron with a heart that appears to be navy blue in the center, with yellow, red, and light blue outline.

The rainbow flag is a common symbol of the LGBTQ movement, and both employees had a “good faith belief” that the multicoloredheart represented the LGBTQ cause, the EEOC complaint said.

A Kroger corporate affairs manager told CNA that the company would not comment on the case, due to the pending litigation. However,corporate marketing materialsfor other Kroger venues explain the four-colored heart as representing “Everyone Friendly and Caring, Everything Fresh, Uplift Every Way, Improve Everday.”

The two women employees in the lawsuit—Brenda Lawson and Trudy Rickerd—say they declined to wear the emblem because of their Biblical religious beliefs against same-sex marriage.

Lawson, who had worked in the deli department at the Kroger since August of 2011, asked the store manager multiple times to wear her name tag over the heart and clarified her religious reasons for doing so. She also made the request of the store’s human resources department in writing.

The other employee, Trudy Rickerd, worked as a cashier and file maintenance clerk at the store since October, 2006. She wrote that she had “a sincerely held religious belief that I cannot wear a symbol that promotes or endorses something that is in violation of my religious faith.”

“I respect others who have a different opinion and am happy to work alongside others who desire to wear the symbol. I am happy to buy another apron to ensure there is no financial hardship on Kroger,” she wrote.

According to the EEOC, they were “repeatedly” disciplined for not wearing the heart, and Rickerd was fired on May 29, 2019; Lawson was fired shortly afterward on June 1.