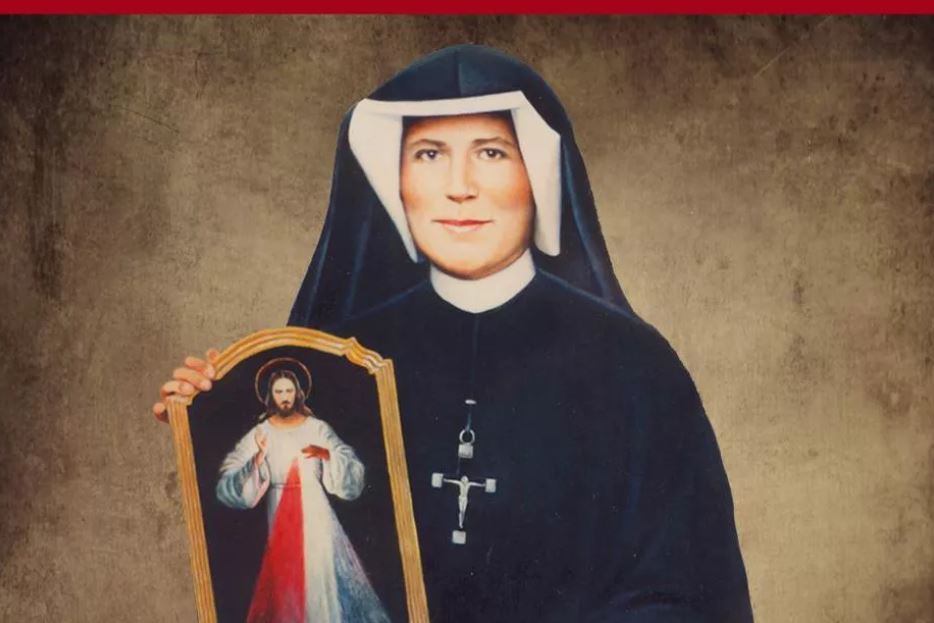 The online global Divine Mercy Summit 2020 event is looking to bring tens of thousands together for a first-time three-day event that anyone, anywhere, can attend.

One of the largest events anyone can attend at the beginning of October — and right from their own home, is the Global Divine Mercy Summit 2020. Right now it looks like 50,000 or more will be viewing the three-day Oct. 3-5 event timed for St. Faustina’s feast day which this year marks the 20th anniversary of her canonization.

This worldwide Mercy movement looks to be “the biggest Divine Mercy event in history,” as event director Daniel diSilva and his fellow organizers hope and trust it will be. The summit is organized by Springtime Productions assisted by the Archdiocese of Vilnius in Lithuania and the Vilnius Pilgrimage Center, all associated with Divine Mercy and St. Faustina.

“The Divine Mercy Summit has become something beyond anything we could have planned ourselves, bringing together thousands of people from around the world who have been kept apart, unable to visit each other, attend Mass, or prayer meetings and cenacles,” says diSilva. “There is a fierce battle for ‘presence’ in the world today — the true presence of Christ in the Eucharist, and the presence of each person to others.”

The organizers and the many people signed up as presenters for the Divine Mercy Summit 2020 invite and urge all Catholics to join them for this extraordinary event which will include a worldwide prayer of the Divine Mercy Chaplet, a virtual pilgrimage of Vilnius, the City of Mercy, a Divine Mercy Concert featuring artists from around the world, and several theological and pastoral discussions of Divine Mercy.

A sample of just a few of the many top experts from around the world in the lineup shows speakers include Archbishop Gintaras Grušas of Vilnius (the home of the Original Image of Divine Mercy); Cardinal Sigitas Tamkevi?ius who will offer his personal testimony surviving a Siberian prison camp; Bishop Henry Czieresko, postulator for the cause for the canonization of Blessed Father Michael Sopcko; Franciscan Friar of the Renewal Father Leo Fisher; author Sister Dominika Stec of the Congregation of the Sisters of Merciful Jesus founded by Blessed Sopocko; familiar names like Fathers Dwight Longenecker, Larry Richards, Leo Patalinghug; and many, many more.

Sister from the Congregation of the Sisters of Merciful Jesus, the order founded by Blessed Michael Sopocko in 1947 in response to the request by Jesus made known in an apparition to Saint Faustina, will also give talks.

The musical presentations include the choir of the Divine Mercy Sanctuary and also singer-songwriter Father Bill Quinlivan from New York who’s written and recorded songs about Divine Mercy. There will be a Gallery of Mercy Artwork including recently discovered works by artists depicting images of the Divine Mercy over the last 84 years.

There are over 30 speakers, musicians, and religious in the lineup for this free online event.

The global representation of speakers emphasizes the universality of the devotion to Divine Mercy.

Thedocumentary filmThe Original Divine Mercy Image(2016) which was screened in over 3,000 theaters and churches throughout the Holy Year of Mercy will also get a screening at the summit.

The outstanding film is one of the prime ways Springtime Production company, based in Dallas/Forth Worth, works along with other ways to spread the message of Divine Mercy. For the movie, filmmaker and director diSilva interviewed dozens of witnesses, historians, and experts, who pieced together for the first time the untold story of Saint Faustina’s original masterpiece image, The Divine Mercy. He travelled across Europe and Eastern Europe to collect the complete history of what is one of the most important Catholic works of art of the 20th century, and the message of mercy contained within it.

This free major summit will include a ceremonial consecration of the family to Divine Mercy, thousands around the world praying the Divine Mercy Chaplet together, and more.

On Oct. 5, St. Faustina’s feast day, there will be, broadcast live, Mass celebrated by Archbishop Gintaras Grušas, in Vilnius where the original image of The Divine Mercy is high above and behind the main altar.

This summit will take place on theDivineMercySummit.comwebsite where everyone can register to get pass for access into the event.

“These days, we are hearing so much about different movements and causes, and what we really need, more than anything, is a Mercy Movement, here in America and throughout the world!” diSilva emphasizes about his goals for organizing this international event.

“In bringing this summit to the world,” he explains, “I wanted to start a movement of radical trust in Jesus and devotion to his unfathomable Mercy. A movement that promotes bold acts of mercy as a response to what is happening in the world. A movement that intentionally consecrates our families and loved ones to Divine Mercy. It’s time!”

Again he notes the “fierce battle going on in the world over ‘presence.’ My hope is that this Divine Mercy Summit brings people into each other’s actual presence, and into the Eucharistic Presence of Jesus. Obviously the summit is virtual, but the hope is that everyone who attends the summit online will turn around and bring mercy into the world through their lives, or as John Paul II would say, through their bodies.”

“Like the rays of Mercy emanating from Jesus in the original image of Divine Mercy, Jesus, through his words to St. Faustina, calls each one of us:Be always merciful as I am merciful. Love everyone out of love for Me, even your greatest enemies, so that My mercy may be fully reflected in your heart(Diary 1695).”

This international summit will help people live that teaching.

See a “trailer” for the Divine Mercy Summit onDivineMercySummit.comand register to attend for free on the same site. Churches and individuals with platforms who may be interested in becoming affiliates are encouraged to apply by sending an email tosupport@divinemercysummit.com.