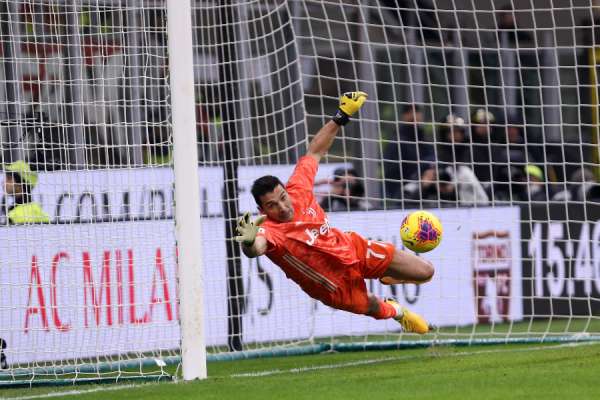 Juventus goalkeeper Gianluigi Buffon is alleged to have used a blasphemous expression when speaking to a teammate during a match against Parma on Dec. 19.

The 42-year-old is alleged to have used profanity which compares God to an animal.

Buffon, recently voted the best goalkeeper of all time in a poll of his peers, holds the record for most appearances as captain of the Italian national team.

Blasphemous language is also against the rules of the Italian Football Federation (FIGC), which require proper behavior in the sports arena, and is punishable by a minimum of a one-match ban. Referees may give out red cards to players they hear blaspheming.

Blasphemy was a crime in Italian law from 1930, when it was introduced by Benito Mussolini, until it was decriminalized in 1999 to unlawful conduct.

The FIGC opened an investigation into Buffon’s alleged blasphemous expression after the match in December. It confirmed on Jan. 26 that the case had been passed to the federal court, according to ESPN.

Buffon is likely to be banned from one match if found guilty. A number of soccer players and coaches in Italy have received one-match bans for blaspheming in recent years.

Roma midfielder Bryan Cristante received a one-match ban for blasphemy during a match against Bologna in December 2020.

Serie A, Italy’s top professional soccer league, issued a statement saying that Cristante “was clearly framed by the television footage while uttering a blasphemous expression that is identifiable and audible without margin of reasonable doubt.”

A young Italian priest who has become popular for his videos on YouTube addressed the topic of blaspheming in 2020.

In a video with nearly 300,000 views, entitled “Why blaspheming is problematic,” Fr. Alberto Ravagnani noted that, except on the soccer field or on reality TV shows, profanity, including blasphemy, “is no longer taboo” in Italian culture.

He offered four reasons not to blaspheme, summarizing his message by saying that blaspheming, especially for those who do not believe in God, “only shows that you don’t know how to give [the proper] weight to words, you’ve got problems following rules, and managing your anger.”

The priest referenced Wad, a well-known Italian radio personality,  who was quoted as criticizing the use of blasphemous words in rap music, saying that when the artist blasphemes or alludes to blasphemous phrases, “his music dies a little because it loses artistic value. It reduces its cultural weight.”

Ravagnani said: “Maybe Wad was a little right. If life is a rap song, when you blaspheme, or allude to blasphemy, its meaning dies a little because it loses value. It has nothing to do with being sanctimonious or well-educated, but it means respecting with your words the meaning of life.”

How a Catholic pastor saved hundre...