Lebanese priest: ‘We need your prayers’ after Beirut explosions 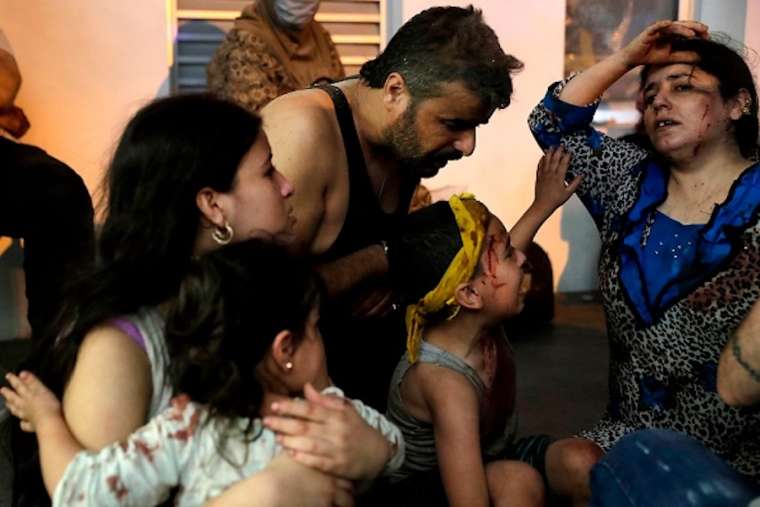 Lebanese priest: ‘We need your prayers’ after Beirut explosions

A Lebanese Catholic priest has asked believers around the world to pray for the people of his country, after two explosions in Beirut injured hundreds of people and are reported to have left at least 10 people dead.

“We ask your nation to carry Lebanon in its hearts at this difficult stage and we place great trust in you and in your prayers, and that the Lord will protect Lebanon from evil through your prayers,” Fr. Miled el-Skayyem of the Chapel of St. John Paul II in Keserwan, Lebanon, said in a statement to EWTN News Aug. 4.

“We are currently going through a difficult phase in Lebanon, as you can see on TV and on the news,” the priest added.

“I just ask for prayers now from everyone around the world. We badly need prayers,” Nader told CNA Tuesday.

Explosions in the port area of Lebanon’s capital overturned cars, shattered windows, set fires, and damaged buildings across Beirut, a city of more than 350,000, with a metro area of more than 2 million people.

“It was a huge disaster over here and the whole city was almost ruined because of this explosion and they’re saying it’s kind of a combination of elements that made this explosion,” Antoine Tannous, a Lebanese journalist, told CNA Tuesday.

Officials have not yet determined the cause of the explosions, but investigators believe they may have started with a fire in a warehouse that stored explosive materials. Lebanon’s security service warned against speculations of terrorism before investigators could assess the situation.

According to Lebanon’s state-run media, hundreds of injured people have flooded hospital emergency rooms in the city.

Lebanon’s Prime Minister Hassan Diab has declared that Wednesday will be a national day of mourning. The country is almost evenly divided between Sunni Muslims, Shia Muslims, and Chrsitians, most of whom are Maronite Catholics. Lebanon also has a small Jewish population, as well as Druze and other religious communities.