Lessons from Literature on the Coronavirus 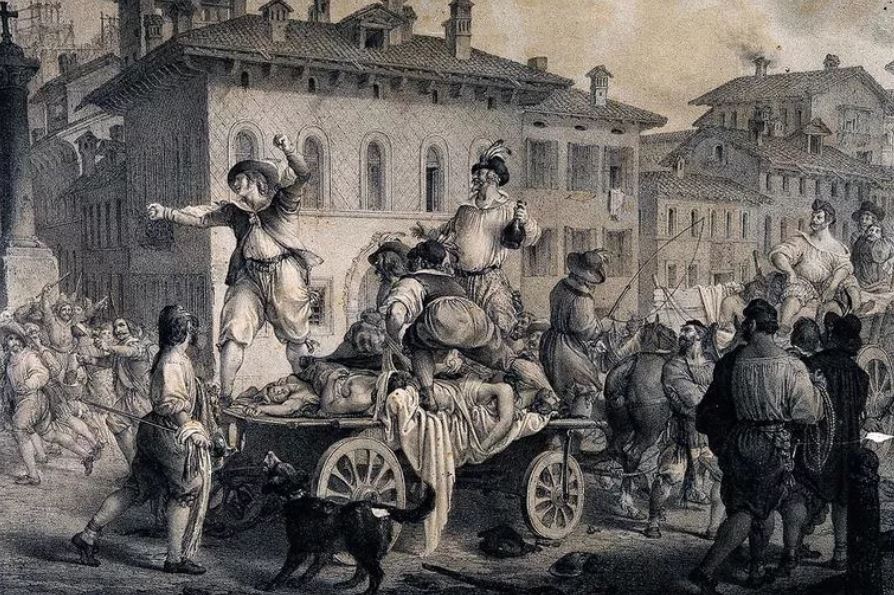 Lessons from Literature on the Coronavirus

“In times of pandemic,” Pope Francis said on March 15 last year, “[priests] mustn’t be the don Abbondio of the situation.”

The Pope’s words will probably mean very little to anybody except Italians because they refer to a character in Manzoni’s novel, I Promessi Sposi (The Betrothed), which is scandalously neglected beyond the Italian-speaking world. The indubitable classic of Italian literature, second only to Dante’s Divine Comedy, Manzoni’s masterpiece, first published almost 200 years ago, is on the curriculum of every Italian high school.

Don Abbondio, to whom the Pope refers, is a priest character in the novel who lacks the courage of what few convictions he has, his cowardice causing great suffering to those in his flock, especially the betrothed couple, Renzo and Lucia. Apart from representing the sort of priest who is all too common in our age and in every age of the Church’s history, the Pope’s reference to Manzoni’s novel would also have resonated with Italians because of its connection with the plague which hit northern Italy in the early 17th century and which forms the focus of part of the novel’s plot. With Italy beset by the coronavirus, and with the areas of northern Italy in which the novel is set being particularly hard hit by this new pestilence, Italians could hardly avoid seeing parallels between Manzoni’s historical fiction and modern Italy’s present plight.

Of the three chapters of The Betrothed which deal with the plague, two could be described more as an historical narrative of the plague itself, a work of non-fiction, so to speak, and only the third takes up the plot of the story. This is a large part of Manzoni’s singular literary technique, in which he weaves known facts into his fictional narrative in ways which slow the plot to plodding pace without its ever becoming bogged down in too much detail, none of which appears to be extraneous to the reader’s full engagement with the story. As Manzoni declares at the outset of his lengthy discussion of the plague, “our aim in this account is not only frankly to represent the conditions in which our characters will find themselves, but to make known at the same time, as far as our restricted space and limited abilities allow, a page of local history which is more celebrated than it is known.”

At the outset of the discussion of the plague of 1630, we are told of the earlier plague of 1576, which had become known as the San Carlo plague, in honor of St. Charles Borromeo who was the Cardinal Archbishop of Milan at the time and whose heroic sanctity in helping the plague victims was universally acknowledged:

“Such is the power of charity! It could make the memory of one man stand out over the varied and solemn memories of a general disaster, because it inspired that man with feelings and actions more memorable even than the evils themselves: it could stamp him on people’s minds as a symbol of all their misfortunes, because it had urged and thrust him forward into all of them as their guide, help, example, and voluntary victim; it could turn a general calamity into almost a personal triumph for him; and name it after him as if that calamity had been a conquest or a discovery.”

Such is the power of sanctity as Manzoni sees it and describes it, the sort of heroism, borne by grace, which outlives the damage done by countless don Abbondios. Within the novel, this role is filled by the real-life historical figure of Federigo Borromeo, a cousin of San Carlo and, like San Carlo, Cardinal Archbishop of Milan, whose presence is one of sanctity, and yet a sanctity which is never cheapened by hagiographical niceties or sweetened by saccharined sentimentality. It is indeed one of Manzoni’s gifts that he can depict the presence of holiness in his characters with a gritty realism devoid of pious sentiment. This is seen especially in the heroic masculinity of the fearless Fra Cristoforo, the antitype of Don Abbondio and the antidote to the toxic presence of Don Abbondio’s feckless and wretched wreckage of the priestly vocation.

Manzoni is also a master of the depiction of evil in its multifarious guises, from the ignorant wickedness of the mob on Milan’s plague-ridden streets, to the machiavellian malevolence of villains, such as Don Rodrigo and his equally despicable sidekick and servant, Griso, both of whom meet their doom as victims of the plague, unrepentant to the last, like the bad thief of which they are types. As for the good thief, Manzoni’s greatest strength is in the depiction of the repentant sinner, contrite and converted to the love of Christ. Well might Pope Francis quote such a book at a time of pestilence, such as ours.

Major Trans-gression: Why Gender I...