‘Lights in the Dark’ Offers Lockdown Prayers and Evangelization 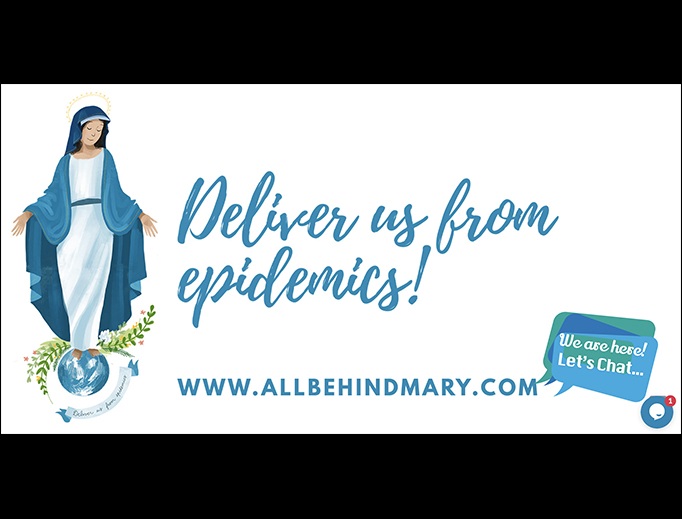 ‘Lights in the Dark’ Offers Lockdown Prayers and Evangelization

Lights in the Dark has 50 volunteers who have undertaken a mission to the internet, providing spiritual help and answering questions about the Catholic faith.

While the Coronavirus pandemic has been revealing a number of key shortcomings in the functioning of Western societies, as well as deep civilizational wounds, it has also enabled many people to see the opportunities that such a crisis could generate for the future of common good.

Indeed, countless people worldwide have shown their extraordinary capacity to reinvent themselves to adapt to the new challenges brought about by this unprecedented situation. And such a dynamic was particularly strong in the Catholic world, as the sense of dereliction caused by the suspension of public Masses made countless faithful rediscover the sense of spiritual communion and total abandonment to God.

While parishes and shrines have been highly creative in proposing a large choice of live broadcast Masses, Eucharistic adoration and other celebrations, missionaries worldwide have taken full advantage of this opportunity to actively evangelize online.

Thus, during the whole COVID-19 quarantine period, the volunteers of an evangelization association called Lights in the Dark have been live-chatting with people from around the world, all driven by deep questions about the meaning of life and curiosity toward ultimate questions. “This lockdown period has shown how powerful the internet can be to create bonds and announce Christ, and we can see on our chat that people really need answers about the reasons of their existence,” Jean-Baptiste Maillard, co-founder of Lights in the Dark, told the Register.

The association, which originated in France, has been attracting souls in search of God from different countries and is seeking to expand worldwide. To this day, it has 50 online missionaries — including several English-speaking volunteers — who engage in live conversations with internet users on a daily basis, providing spiritual assistance and answering their questions.

“At the end of the conversation, we give the interlocutor a prayer to help him bring the Lord in his life and this is how we generate conversions,” Maillard said, adding that the website features a small prayer chain named after Italian computer programmer — and soon-to-be-blessed — Carlos Acutis, dedicated to the people that the volunteers meet on the internet, to support their conversion.

“There is no mission without prayer and we cannot touch hearts without the support of all those who pray with us.”

In 2013, the association’s first prayer chain, “Mission Conclave,” which invited faithful worldwide to pray for the cardinals who were about to elect the new pope, received 30,000 subscribers in 24 hours.

Mary, the Pole Star of Evangelization

During the coronavirus crisis, it is through a prayer initiative called “All Behind Mary”, launched by rectors from different Marian shrines, that Lights in the Dark — which promoted the project — has further extended its scope of action. The initiative, started at the beginning of lockdown in several languages, is meant to seek the Virgin Mary’s protection in the battle against the epidemic and its various long-term side effects on populations.

People can subscribe to the prayer chain through the association’s website and receive daily prayers and updates.

Two months after its creation, the network is still attracting Catholic shrines worldwide — including from Africa, Netherlands, Australia, Italy and Switzerland. “We don’t have any American sanctuary yet, but the rector of the Shrine of the Immaculate Conception in Washington D.C. really liked the initiative and we hope he will join us soon,” Maillard said.

Indeed, the project organizers hope they can make it a permanent prayer chain gathering the many Marian sanctuaries worldwide. “We like the idea of Mary encircling the world, thanks to our prayers, following this epidemic,” he said.

“The last three popes have often claimed that Mary is the pole star of new evangelization and of course the internet is part of the new existing methods to make it possible. It is a great tool,” he added, expressing his conviction that this world prayer could give rise to many graces in the future.

Vatican archives will reopen to sc...