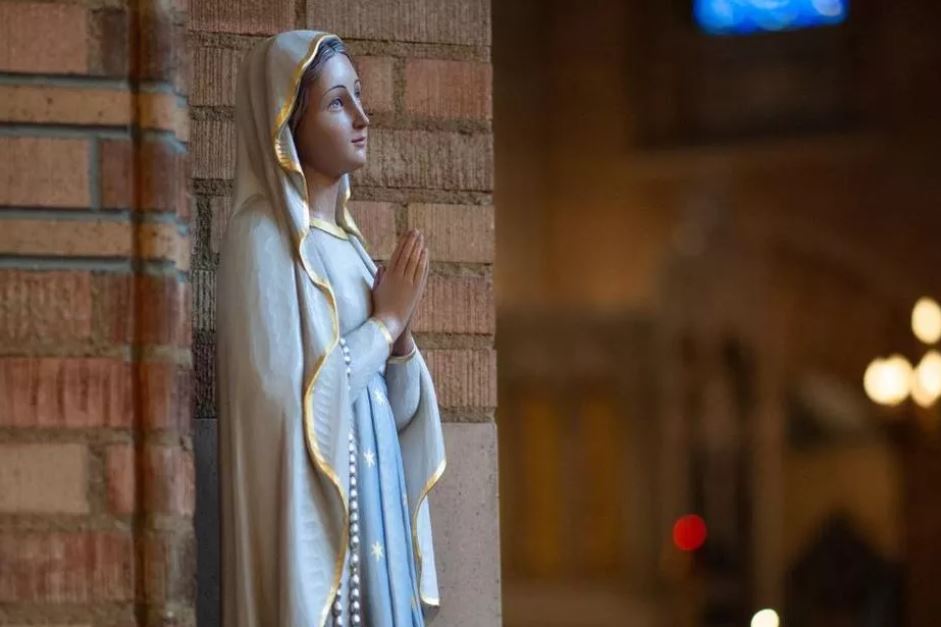 The Diocesan Rosary Congresses to be held around the United States offer what the organizers hope to be a reprieve from the ongoing stresses that have spiked due to the coronavirus pandemic, political polarization and civil unrest.

Set for Oct. 3-9, these prayer gatherings can bring unimaginable graces, blessings and healing.

“In the congresses, people praying the Rosary aren’t just praying for themselves, but on behalf of themselves, their families, the Church, the nation — the whole nine yards,” said Kristin Bird, the president of the Diocesan Rosary Congresses (learn more online atRosaryCongressUSA.org).

At the beginning of September, 18 U.S. dioceses already committed to hold a Rosary Congress, with more making arrangements. Each congress runs seven days and nights, with perpetual Eucharistic adoration and a Rosary beginning every hour.

The congresses are held in one particular church of the diocese’s choosing. Or as the Archdiocese of Hartford is planning, a “traveling” congress can occur, where each of the seven days’ events rotates to a different church.

A May guest on EWTN’s At Home With Jim and Joy, Bird sees another major benefit of the congresses growing directly from these times of limited access to Masses. She believes this powerful week of prayer will bring yet another grace that “should hopefully bring people back to the sacraments at this time.”

These diocesan Rosary congresses grew from two powerful roots. One of them is St. John Bosco’s dream of the Church being saved when it anchors to two pillars — the Eucharist and the Rosary.

The other root inspiring these congresses was the Rosary Congress launched in Poland in May 1979, when the Polish people prayed for Mary’s intercession so that the communist government would allow Pope St. John Paul II to visit the country.

But earlier, on the Solemnity of the Immaculate Conception in 1978, in a private revelation, Mary asked for continuous Rosaries for seven days and nights the following May 1-7 at the Shrine of Our Lady of Czestochowa to resolve the impasse preventing John Paul II’s apostolic visit. That same Dec. 8, the message was passed to Bishop Zbigniew Kraszewski of the Polish episcopate’s Marian Commission. His response: “It is good to pray in front of the Blessed Sacrament. It is good to say the Rosary for the intentions of the Pope. It is good to pray at Jasna Gora. Do it!”

As the Rosary Congress concluded on that May 7, without any previous sign, the government suddenly yielded and removed all conditions and hindrances to the Pope’s visit. The Poles credited their Rosary Congress for the turnaround. The Pope arrived in Poland in June. That papal visit was a spiritual boon to the Pope’s homeland.

The Rosary Congress arrived in the United States 10 years later, when an original participant came to this country, organized a small group, and held the First National Rosary Congress at the Basilica of the National Shrine of the Immaculate Conception in Washington, D.C. From there, it spread slowly to other areas of the country.

“We have to do what Our Lady gave to the Polish prayer groups — the template she gave them to help save America now. This is about saving souls,” Bird said with an impassioned appeal. “We can leave this gift on the shelf or we can implement it and say, ‘That was amazing.’ I believe it wholeheartedly.”

Why seven days? “Our Lady picked that number,” Bird explained. “We liken this to the first one in Poland and the Siege of Jericho. The Poles saw their Rosary Congress modeled after the biblical siege of Jericho, when the city’s walls fell after the Jews followed the Lord’s instructions for seven days. After the seventh day of the congress, the walls put up by the Polish government to bar the possible visit of John Paul II crumbled so that the favorite son could visit.

After that, every time Pope John Paul II made an apostolic journey outside Rome, a Rosary Congress took place somewhere in Poland for his protection and intentions.

Although time is short to gather other diocesan parishes to join by Oct. 3, it can be done in short order, believes Bird.

“We need people to say Yes,” she stressed. “We have work to do. Time is of the essence,” she added, “to be in solidarity with one another [and] in union with one another. There is strength in numbers.”

However, bishops and parishes have the autonomy and the flexibility to hold these prayer events another time, as needed. The Diocese of St. Augustine, Florida, is holding its Rosary Congress in nine parishes Sept. 27-Oct. 4.

Bird urges dioceses, bishops and pastors to join the Rosary Congresses, reminding the faithful of the impact they can have for souls. “The man down the street might have no idea what’s going on in that church,” she said, “but my prayers will have the opportunity to impact his life.”