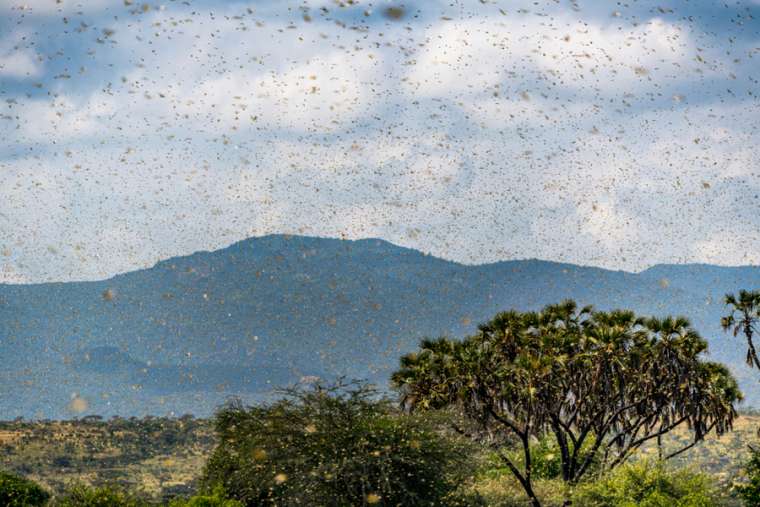 Members of Congress are calling for urgent U.S. action to fight locust swarms in East Africa, which they say could cause mass starvation during a pandemic. Early action now could save lives and resources in the near future, supporters of a new resolution claim.

Locust attacks in the early months of 2020 devastated crops and are threatening mass hunger in East Africa, said Reps. Chris Smith (R-N.J.) and Karen Bass (D-Calif.) as they introduced a resolution calling on the President to lend U.S. air support to the region to spray against the swarms.

“A measured intervention by the United States now can make an enormous life-saving impact. More than 25 million are already facing severe food insecurity,” said Smith, the ranking Republican on the House Foreign Affairs subcommittee on Africa and global health.

Smith’s resolution H.Res. 962, co-authored with Africa subcommittee chair Rep. Karen Bass (D-Calif.), asks that President Trump use air support to fight locust swarms in the region by spraying areas to kill and deter their spread. It also directs the administrator of USAID to mobilize personnel at the Office of Foreign Disaster Assistance.

According to the UN’s Food and Agriculture Organization (FAO) May report, around 720,000 tons of cereal across 10 African countries have been saved so far, but warned that a second wave of locusts could mature and attack again in June, during the harvest season.

The 10 countries are Djibouti, Eritrea, Ethiopia, Kenya, Somalia, South Sudan, the Sudan, Uganda, the United Republic of Tanzania and Yemen.

A single desert locust swarm, the UN reports, can eat as much food in one day as 35,000 people.

Smith wrote President Trump about the matter on March 26, with the secretaries of State and Defense copied along with USAID Administrator Mark Green and Gen. Stephen Townsend of U.S. Africa Command.

He cited reports of “insufficient resources” in African countries to fight “the worst locust outbreak” in decades, and asked for available U.S. air support to be utilized before the locusts matured later in the spring.

He noted that “our small investment in resources immediately will hopefully alleviate the need to invest much more later for emergency food relief in the stricken areas.”

“While I understand that this is an immediate appeal at a time when the energy of your Administration and the country is focused on battling the deadly virus which originated in Wuhan, our small investment in resources immediately will hopefully alleviate the need to invest much more later for emergency food relief in the stricken areas,” Smith wrote.