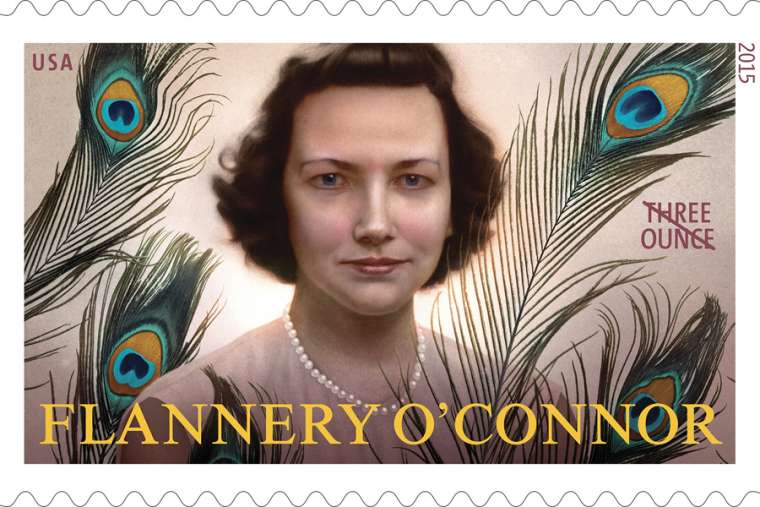 After controversy surrounding the removal of American Catholic author Flannery O’Connor’s name from a residence hall, Loyola University Maryland has not said whether it will reconsider its decision.

A petition asking the university to reverse the decision came in the form of a letter, written by Angela Alaimo O’Donnell, a former Loyola professor and a Flannery O’Connor scholar who is the associate director of the Curran Center for American Catholic Studies at Fordham University.

Signed by O’Donnell, as well as more than 80 other authors, scholars and leaders, the letter defended O’Connor’s work and asked the university to reconsider its decision. Among the signatories are Alice Walker, a Black author who grew up down the road from the O’Connor farm, and Bishop Robert Barron.

The letter was presented to Fr. Brian Linnane, S.J., president of Loyola University Maryland, on July 31.

“O’Connor believes in the Imago Dei, the fact that every human being is beloved of God and made in God’s image. Her stories champion the despised, the outcast, and the other, demonstrating their humanity, and call to account people who try to deny their God-given sacred nature,” the letter states. “Among the despised in her stories are African Americans, and the primary objects of her satire are most often racist whites.”

“It is no small thing to remove Flannery O’Connor from the pantheon of Catholic writers and intellectuals honored on your campus. We urge you to reconsider this decision,” the letter states.

According to Baltimore’s archdiocesan newspaper the Catholic Review, Loyola “is undergoing a larger review of all the names of its buildings and a university committee advised [Linnane] on the renaming proposal” that called for the removal of O’Connor’s name.

When asked, a Loyola University Maryland spokesperson did not say whether the petition was being considered, or whether a different building on campus would be named for O’Connor in the future.

“Our president has received the petition. The residence hall has already been renamed for Sister Thea Bowman. I do not know what work will come out of the presidential renaming committee,” Rita Buettner, director of university communications for Loyola University Maryland, told CNA Aug. 4.

Attention was drawn to apparent racism in O’Connor’s personal writings by“How Racist Was Flannery O’Connor?”, a piece that appeared in the New Yorker in June. There, Paul Elie wrote that “letters and postcards she sent home from the North in 1943 were made available to scholars only in 2014, and they show O’Connor as a bigoted young woman.”

O’Connor was a short story writer, novelist, and essayist, as well as a devout Catholic who attended daily Mass. She died of lupus in 1964, at the age of 39.

The residence hall that had borne the name of Flannery O’Connor for more than 10 years was renamed Thea Bowman Hall, after Sr. Thea Bowman, an African-American religious sister and civil rights activist whose cause for canonization is being considered.

Linnane told the Catholic Review that the decision was made in light of student concerns over some of racist comments written by O’Connor in her personal correspondence.

“A residence hall is supposed to be the students’ home,” Linnane said. “If some of the students who live in that building find it to be unwelcoming and unsettling, that has to be taken seriously.”

Linnane added that this did not mean that the school had banned the study of O’Connor’s work, and that the study of her works would still be assigned by professors if they so choose.

My Reasons for Writing ‘The Next P...