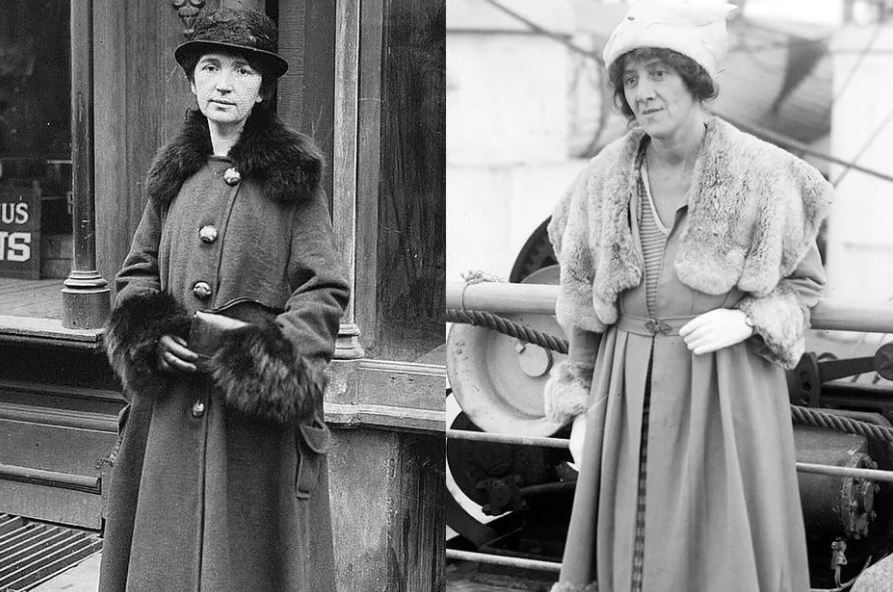 Margaret Sanger and Marie Stopes shared an aversion to “racial darkness” — an aversion that led them to promote contraception and eugenics.

By Patti Armstrong – November 24, 2020
Superman would just put glasses on and everyone thought he was Clark Kent. Marie Stopes International, a leading promoter of abortion based in the United Kingdom is using the same approach — trying to hide their true identity with a slight disguise. Their new identity, MSI Reproductive Choices — where killing unborn babies after reproduction is a choice — made a switch from using the name of their eugenicist founder to using just her initials.

Maybe we should give them credit since a bit of honesty is afoot. Switching from their founder’s name to just her initials sustains the connection. After all, eugenics is in their DNA.

Stopes even corresponded with Adolf Hitler and believed in the creation of a super race where only the best and beautiful should survive. She was an author, a palaeobotanist, a member of the Eugenics Society, and she set up Britain’s first birth control clinic in 1921. It was assumed that she had trained in medicine but her expertise was fossil plants and coal.

Stopes’ particular efforts to provide contraception for the poor was concentrated on her eugenic concerns about impending “racial darkness.” In a 1934 interview for the Australian Women’s Weekly, Stopes advised that mixed-race babies should be sterilized at birth. She remained committed to this cause until her death from cancer in1958 and bequeathed her clinics to the Eugenics Society. (Her only son just got a big dictionary and trinkets since he had married a woman of whom Stopes did not approve.)

According to Right to Life UK, MSI Reproductive Choices operates in 37 countries and received more than £340 million in the last 10 years, primarily from British taxpayers. Their spokesperson, Catherine Robinson, said, “They run one of the largest population control programs in the world. This program is targeted directly at developing countries, with the organization being responsible for the ending of the lives of almost five million babies in developing countries in 2018.”

MSI has stayed true to their eugenicists roots:

Stopes had a counterpart in the U.S. — Margaret Sanger, the founder of Planned Parenthood. Both women promoted contraception and wanted to eliminate minorities. Their organizations became the two largest abortion providers in the world. The women actually met in July 1913. Sanger had given a talk on birth control at a Fabian Society meeting. Stopes showed Sanger her book, Married Love and sought her advice about a chapter on contraception.

Planned Parenthood has also been trying to slip away from their racist founder who had created the “Negro Project” in 1939, specifically targeting the black community to limit babies. This past July, Planned Parenthood of Greater New York announced it would remove Sanger’s name from the Manhattan Health Center to reckon with its founder’s racism. They were also working to change a street sign that marks “Margaret Sanger Square” in Manhattan. And the Margaret Sanger Award, referred to as their highest honor for promoters of abortions such as Nancy Pelosi and Hillary Clinton, was quietly retired after 2015.

Black leaders called the name changes “pointless” since the Black abortion rate is the highest in the country. The Centers for Disease Control and Prevention (CDC) shows that Black women make up 14% of the childbearing population, yet obtained 36.2 % of reported abortions. In New York City, city health data indicates that more African American babies are aborted in the city than are born each year.

If you put lipstick on a pig, it’s still a pig. Hiding names does not erase that they are still perpetuating eugenicist goals through targeting poor women and minorities and locating the majority of their abortion clinics in and around non-white neighborhoods.

It would seem, however, that MSI and Planned Parenthood ‘s name changes have been at least somewhat successful. They have, after all, managed to fool some people — they have managed to fool themselves.

Let us all pray for the unborn, who are all worthy of the lives God has given them. Pray also for conversions of the deluded ones who think otherwise.