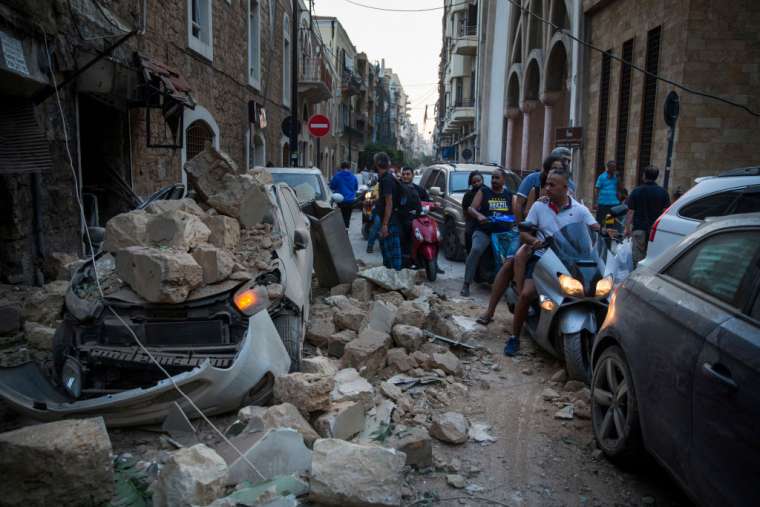 A Maronite priest from Lebanon has expressed concern that the country may face food shortages in the wake of Tuesday’s explosion at Beirut’s port.

The explosion “happened at the biggest docks in Lebanon and they also have big reservoirs of wheat, the central reservoirs are there, and these have gone, have gone to ashes. That’s another tragedy in the making because they will have shortages,” Fr. Maxim Baz, who is serving in Rome, told CNA Aug. 4.

The blast killed at least 50, and injured thousands more. Officials have not yet determined the cause of the explosions, but investigators believe they may have started with a fire in a warehouse that stored explosive materials. Lebanon’s security service warned against speculations of terrorism before investigators could assess the situation.

Fr. Baz said that “the most important thing is for people to pray for everybody who has been hurt in Lebanon.”

He said his country “has been undergoing for the past decades one tragedy after another, really suffering in silence,” citing a financial crisis, the coronavirus, and the civil war of 1975-90.

“It seems that this country is just trying to come out of the darkness and every time it does it receives another blow,” he lamented.

The explosion ignited fires and destroyed buildings in the city’s port area, caused damage across the city, and has flooded hospitals with casualties.The Custody of the Holy Land tweeted showing damage to its monastery in Beirut, adding that none of its friars were injured and urging prayer for Lebanon.

Raymond Nader, a Maronite in Lebanon, told CNA: “I just ask for prayers now from everyone around the world. We badly need prayers.”

Pope Francis prays for victims of...

How the Biden and Trump Campaigns...