Mary’s Mission is to Lead You to Her Son 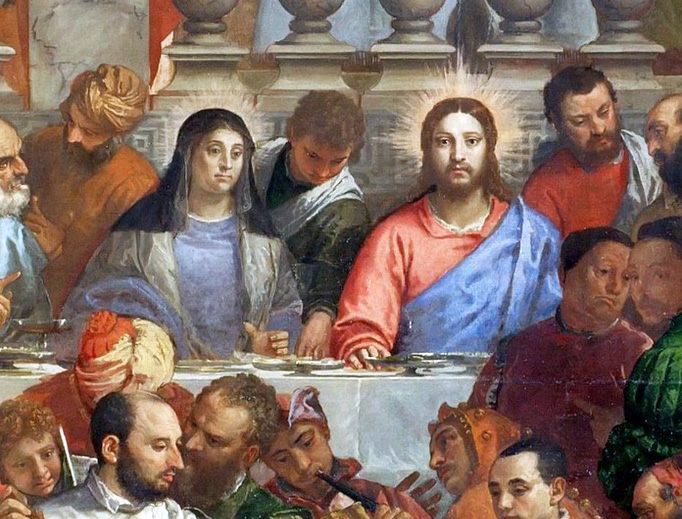 Mary’s Mission is to Lead You to Her Son

“Mary’s mission is precisely to lead us to him, repeating to us the invitation she gave the servants in Cana: ‘Do whatever he tells you.’ Let us listen to her motherly voice!” —Pope St. John Paul II

Who was the first, the very first Christian? This is not a trick question, by the way, but one that any Christian ought to be able to answer. Not even professors of theology armed with advanced degrees are exempt.

Give up?Mary, the Mother of God. She who having first conceived God in her heart, went on to conceive him in her womb. And then, not wasting a minute, carried him to others. Beginning with her cousin Elizabeth, whose own unborn son became the unexpected beneficiary of an entirely unforeseen encounter with the living God.

And while such a sunburst was the result of an outwardly ordinary visit between two cousins, the impact of the event reaches deep down into the most hidden regions of divine grace, causing her own child to leap before the mystery of the sheer Uncreated God himself. Who, strange to say, has now become a fellowfetus!This amazing moment was nicely captured by St. Ambrose: “The woman recognized the woman’s arrival; the child, that of the Child.”

Annunciation, then, is to be followed by Visitation. Whether it be an exercise in devotion or discipleship, the order remains the same. Isn’t this the precise sequence we observe in the Joyful Mysteries, which is that of first accepting a gift only God could give, followed by freely giving it to others? Mary first assents; then she ascends. Mystery followed by ministry.

The whole sweep and splendor of theology radiate out from thisstill point of the turning world. “A devouring fire,” Hans Urs von Balthasar has called it, “burning in the dark night of adoration and obedience, whose abysses it illuminates.” Not for a single moment, therefore, may theology forget, neither its source in the one, nor its finality in the other. The roots of theological reflection reach very deep down, touching the very source, he tells us, “from which all its nourishment is drawn: adoration, in which we see, in faith, the heavens opened; and obedience in living, which frees us to understand its truth.”

What is required, then, is the worship of the one, followed by the work of the other; these are the two bookends between which everything in the Christian life moves in its steady rhythmic way through time into eternity, history into heaven. It is the whole connection, testified to by the saints, between an adoring gaze upon the face of God, and the constant and tireless search for others who have yet to glimpse the light. Thus it is necessary that we first savor this love in the adoring gaze of the Beloved, before whom we kneel in quiet contemplation, then setting out to share it with those we are drawn to in the work of the apostolate. You cannot give what you haven’t got.

So why such a small splash when God first decided to show up? Why no bells and whistles? No dazzling displays of magic? Those first few stirrings could scarcely have impressed anyone. How, then, did he do it? By simply asking a young Jewish girl to become his mother, midwifing the Eternal Word into the world. That was it. At the origin of everything, there appears this momentary ripple in the great sea of history, involving a perfectly ordinary Jewess, who happens to say yes, let it all be done. The shattering result of which will prove so profound and far-reaching that, as an old professor of mine used to say, “Once the Incarnation happens, nothing remains the same.”

And not wanting to keep the secret to herself, she goes and tells Joseph, her husband. Who, despite every instinct of outraged manhood, not to mention the massive weight of Jewish law, does not turn her out, does not have her killed. Instead, he renews his first astonishing offer of love, vowing to protect his quite miraculously pregnant wife. Go figure, as they say.

There are now two Christians.

And for the next 30 years, the numbers will not change. Only with the public life of her son will increase come, the result of three catalyzing events: the compelling witness of his life, the protracted horror of his death, the climactic vindication of his resurrection.

How easy it is for us, in picturing those three events, to see that we are really no different from all those others — for instance, Andrew and Peter and John, who first fell in with him, eating and fishing in his company, listening to his stories, drawn as if by magic to a presence that instantly compels attention. There wasn’t much that they knew about him that we do not, human speaking, likewise know. Like them, we too have reached a certain point, a threshold in the relationship we have with Christ, when it becomes absolutely, commandingly clear that if we refuse to follow in his footsteps, disdaining the company of Mary’s son, the God who freely became one of us, then surely we consign ourselves to a life everlastingly without hope or joy or salvation.

Why not say yes, then, allowing Mary to show us the way?