Medieval Christian Medicine Was the Forerunner of Modern Medicine 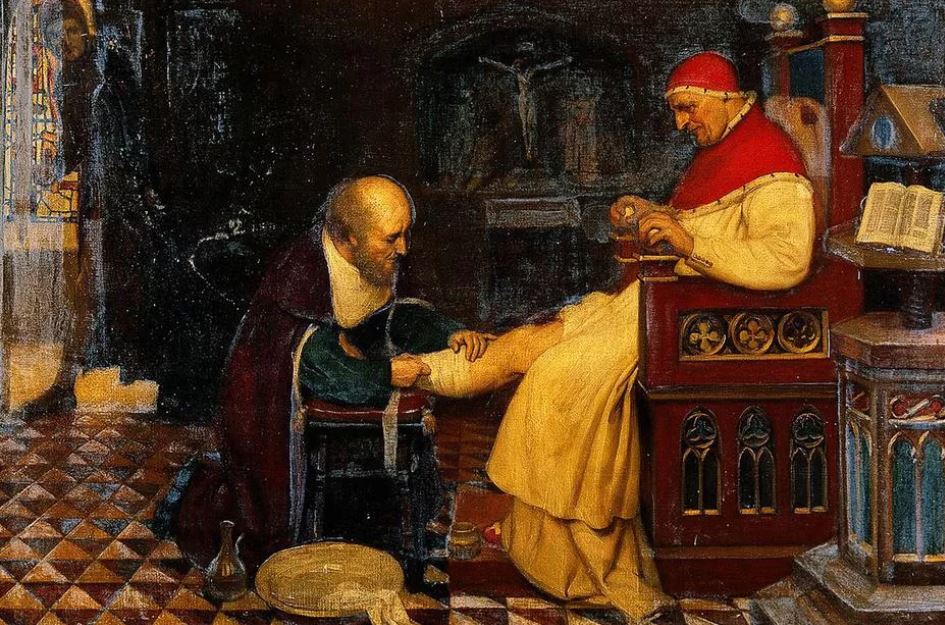 Medieval Christian Medicine Was the Forerunner of Modern Medicine

In the Middle Ages, Christians were responsible for a surprising host of medical innovations.

I recently engaged an atheist who claimed that medieval hospitals were basically hospices, with no particular treatments, remedies or therapeutics — or any notable openness to scientific advancement or technique — and that the claim that Christianity was greatly in the forefront of modern medicine was fictitious.

I knew this was false, but I set out to bolster my defense with more facts. I’ve written here before about the remarkable knowledge of the biblical writers regarding germ theory, which was basically only understood in science in the 19th century.

But did the hospitals in the Middle Ages actually have any effective treatments? Yes! Monks intensely studied and experimented medicinal properties of plants. This scenario — let’s not forget — produced Gregor Mendel, who discovered genetics in the 19th century, by studying peas. Healing herbs were widely available. Books of such herbal remedies were written by monks.

In the 12th century, many medical texts from ancient Greece and Islamic medicine were translated into Latin, and the practices and treatments described therein began to be implemented. In the late 13th century, surgery — however primitive — greatly advanced and began to be practiced much more than formerly.

The Wikipedia article, “Medieval medicine of Western Europe” examines these issues in great depth. I cite it:

Evidence of pagan influence on emerging Christian medical practice was provided by many prominent early Christian thinkers, such as Origen, Clement of Alexandria, and Augustine, who studied natural philosophy and held important aspects of secular Greek philosophy that were in line with Christian thought. …

In exchanging the herbal texts among monasteries, monks became aware of herbs that could be very useful but were not found in the surrounding area. The monastic clergy traded with one another or used commercial means to obtain the foreign herbs. Inside most of the monastery grounds there had been a separate garden designated for the plants that were needed for the treatment of the sick. A serving plan of St. Gall depicts a separate garden to be developed for strictly medical herbals.

Monks and nuns also devoted a large amount of their time in the cultivation of the herbs they felt were necessary in the care of the sick. Some plants were not native to the local area and needed special care to be kept alive. The monks used a form of science, what we would today consider botany, to cultivate these plants. Foreign herbs and plants determined to be highly valuable were grown in gardens in close proximity to the monastery in order for the monastic clergy to hastily have access to the natural remedies. …

The Middle Ages contributed a great deal to medical knowledge. This period contained progress in surgery, medical chemistry, dissection, and practical medicine. The Middle Ages laid the ground work for later, more significant discoveries. There was a slow but constant progression in the way that medicine was studied and practiced. It went from apprenticeships to universities and from oral traditions to documenting texts. The most well-known preservers of texts, not only medical, would be the monasteries. The monks were able to copy and revise any medical texts that they were able to obtain. …

Western Europe also experienced economic, population and urban growth in the 12th and 13th centuries leading to the ascent of medieval medical universities. The University of Salerno was considered to be a renowned provenance of medical practitioners in the 9th and 10th centuries, but was not recognized as an official medical university until 1231. . . . the Universities of Paris (1150), Bologna (1158), Oxford (1167), Montpelier (1181) and Padua (1222), extended the initial work of Salerno across Europe, and by the 13th century, medical leadership had passed to these newer institutions. …

Moreover, Christians who were experimenting in (primitive but notable and relatively sophisticated) scientific techniques throughout the medieval period, were responsible for a host of new medical innovations. I cite a small representative sampling:

Paul of Aegina (c. 625 – c. 690) was perhaps the greatest Byzantine surgeon, and developed many novel surgical techniques and authored the medical encyclopedia Medical Compendium in Seven Books. The book on surgery in particular was a definitive treatise for hundreds of years.

Hunayn ibn Ishaq (809-873) [Nestorian]. His monumental developments on the eye are found in his innovative book, Ten Treatises on Ophthalmology — the first systematic book in this field. He explained in minute details, eye diseases and their symptoms and treatments. He accurately described cysts and tumors and wrote about how to treat various corneal ulcers through surgery; also about how to repair cataracts.

Theodoric Borgognoni (1205-1298; bishop) He developed an antiseptic approach, with wounds being cleaned and sutured to promote healing. Bandages were pre-soaked in wine as a form of disinfectant. He promoted the use of anesthetics in surgery. A sponge soaked in a dissolved solution of opium, mandrake, hemlock, mulberry juice, ivy and other substances was held beneath the patient’s nose to induce unconsciousness.

The myths that atheists spread about medieval Christianity and science (including) are wild charges and simply unsubstantiated. It’s the same old tired saw of “Christianity — especially when it was the dominant cultural force — was supposedly anti-science, anti-intellectual, and opposed to the impulse and “curiosity” of investigative science or any other sort of learning.”

In addition to being a slander of historic Christianity (Catholicism and Orthodoxy), this is also an indefensible and reprehensible slander of the entire period of the Middle Ages. The inquiring, investigative, proto-scientific spirit of this innovative period is rarely examined in any depth or seriousness. Many atheists would rather caricature and broad-brush from a distance.