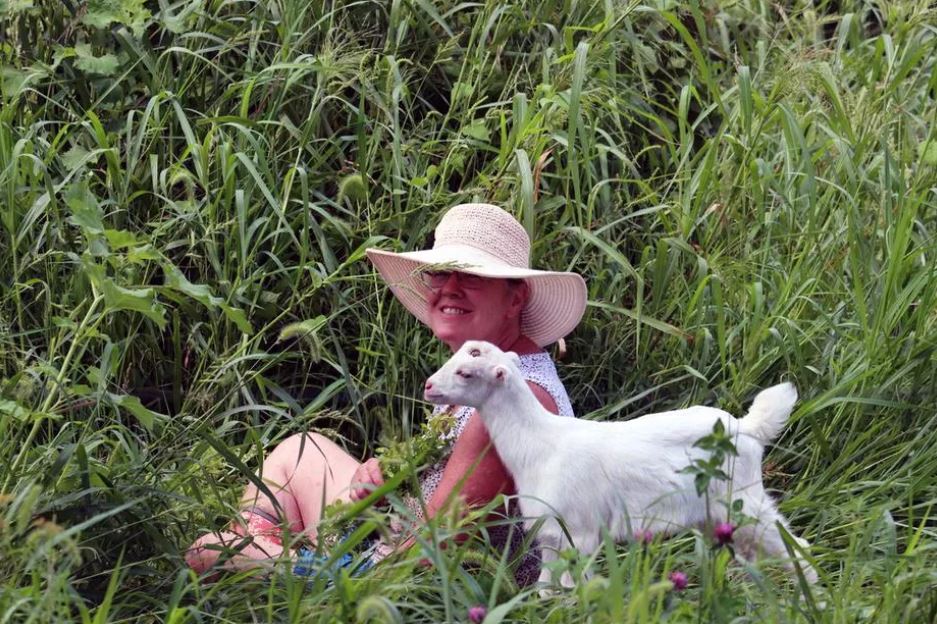 God is in charge and led me in my study of becoming an herbalist.”

Talk about food and faith: Catholic herbalist Katherine Adams, who with her husband run Stallard Road Farm & Botanicals in Culpeper County, Virginia, credits her mother with inspiring her to lead a farming and herbal-centric life. “My mom was an organic gardener,” she said, “and she was always gardening. We had bad health, but through her gardening she restored our health,” adding that taught her even as a youngster the importance of food. “I have always grown my own vegetables and learned how good they are for restoring health.”

Adams also attributes her cooking skills and passion to both her parents, noting that family mealtimes were important. “Mom and dad both cooked,” she said, “and she really needed to keep cooking fresh for us. We learned how to cook because of them, and dad always cooked our Sunday meals. Food was an important part of our family gatherings and we always had parties.”

A native of New York City, Adams remembered that her grandfather was an extraordinary minister of Holy Communion, but as a teenager, she thought there was nothing “cool” about that. As a result, Adams decided to pick out her own pathway. But life does take odd turns, as she finally found out.

She went on a backpacking trip through central Europe, looking for her family’s Irish roots. She ended up going to Rome and having a major conversion experience. “Basically,” she said, “I met a young man on the train from Croatia to Italy. He was a communist, and I ended up have a conversation with him. He wanted to visit the Vatican, so we stayed at a youth hostel and did some touring together.”

Adams remembered that he always asked her questions about her Catholicism, so she explained to him all the richness and beauty of the Vatican that always tells people about the beauty of God. They then entered a nearby church where the Blessed Sacrament was, but the young man, she remembered, said he did not belong there as he had sensed the presence of Christ and the Holy Spirit. Later while she was near St. Peter’s, she went to confession, and felt a huge turn back to God and to Catholicism.

But the Vatican visit had another impact: A year later, she remembered, the young man wrote her telling that he had recognized the truth of the Church and had become Catholic.

With her love of food and cooking and with her return to the Church, Adams took her degree in anthropology from George Mason University in Virginia, but she also studied botany, biology and chemistry. Later, she became a professional herbalist, registered with the American Herbalist Guild, by reading about herbs and working directly with plants. In addition, she noted, “I am currently studying with David Winston with the Center for Herbal Studies.”

Using her farm-raised vegetables and herbs, her goal is to provide others with good, healthful food and recipes to nourish the body. “A lot of people are depleted nutritionally,” she said, adding that she shows customers how to select healthful food, and shares recipes using plantains, dandelions and nettles (plus more) for a good diet. “For the last 20 years,” she said, “I’ve work with others to restore their health. … I want to be a good nutritional source to my community. I love people.”

Adams concluded by stressing that “God is the creator and he has made sure we had what we needed. God is in charge and led me in my study of becoming an herbalist.”