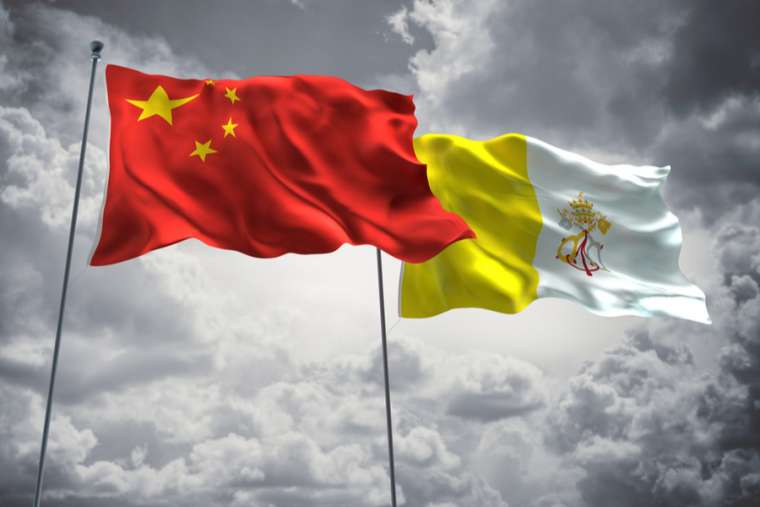 Reflecting Friday on the state of the 2018 Vatican-China deal, US Secretary of State Mike Pompeo noted that the human rights situation in China has deteriorated in recent years, and that the “moral witness” of the Vatican in support of religious believers is sorely needed.

“The Holy See has a unique capacity and duty to focus the world’s attention on human rights violations, especially those perpetrated by totalitarian regimes like Beijing’s. In the late twentieth century, the Church’s power of moral witness helped inspire those who liberated central and eastern Europe from communism,” Pompeo wrote ina Sept. 18 essay at First Things.

“That same power of moral witness should be deployed today with respect to the Chinese Communist Party,” he continued.

“What the Church teaches the world about religious freedom and solidarity should now be forcefully and persistently conveyed by the Vatican in the face of the Chinese Communist Party’s relentless efforts to bend all religious communities to the will of the Party and its totalitarian program.”

Pompeo said the human rights situation in China, especially for religious believers, has “deteriorated severely” under president Xi Jinping, who took office in 2013. He pointed out forced sterilizations and abortions of Muslims in the Xinjiang Uyghur Autonomous Region, the “abuse of Catholic priests and laypeople,” and the persecution of Protestant house churches, “all of which are parts of a ‘Sinicization’ campaign to subordinate God to the Party while promoting Xi himself as an ultramundane deity.”

He said that “now more than ever, the Chinese people need the Vatican’s moral witness and authority in support of China’s religious believers.”

The US Secretary of State also observed that Vatican and Chinese diplomats are meeting to negotiate a renewal of the 2018 deal; a renewal which is being confidently predicted in both Rome and Beijing,

“Two years on, it’s clear that the Sino-Vatican agreement has not shielded Catholics from the Party’s depredations, to say nothing of the Party’s horrific treatment of Christians, Tibetan Buddhists, Falun Gong devotees, and other religious believers,” Pompeo observed.

He added that “communist authorities continue to shutter churches, spy on and harass the faithful, and insist that the Party is the ultimate authority in religious affairs.”

Pompeo noted that “as part of the 2018 agreement, the Vatican legitimized Chinese priests and bishops whose loyalties remain unclear, confusing Chinese Catholics who had always trusted the Church. Many refuse to worship in state-sanctioned places of worship, for fear that by revealing themselves as faithful Catholics they will suffer the same abuses that they witness other believers suffer at the hands of the Chinese authorities’ increasingly aggressive atheism.”

Earlier this week the U.S. Commission on International Religious Freedom emphasized that religious freedom must be the result of any renewed Vatican agreement with China, noting that underground Catholics in the country continue to be persecuted.

Pompeo said that the recent imposition in Hong Kong of a National Security Law mandated by the mainland government “raises the specter that the Party will use the same tactics of intimidation and the full apparatus of state repression against religious believers.”

The top US diplomat observed that “many nations have joined the United States in expressing revulsion at the Chinese regime’s accelerating violations of human rights,” and said, “The State Department has been a strong voice for religious freedom in China and around the world and has taken steps to hold those who abuse the faithful responsible for their actions. We will continue to do so.”

After urging the Holy See to use its moral witness with the Chinese Communist Party,Pompeo wrotethat “totalitarian regimes can only survive in darkness and silence, their crimes and brutality unnoticed and unremarked.”

“If the Chinese Communist Party manages to bring the Catholic Church and other religious communities to heel, regimes that disdain human rights will be emboldened, and the cost of resisting tyranny will rise for all brave religious believers who honor God above the autocrat of the day. I pray that, in dealing with the Chinese Communist Party, the Holy See and all who believe in the divine spark enlightening every human life will heed Jesus’s words in the Gospel of John, ‘The truth will set you free.’”