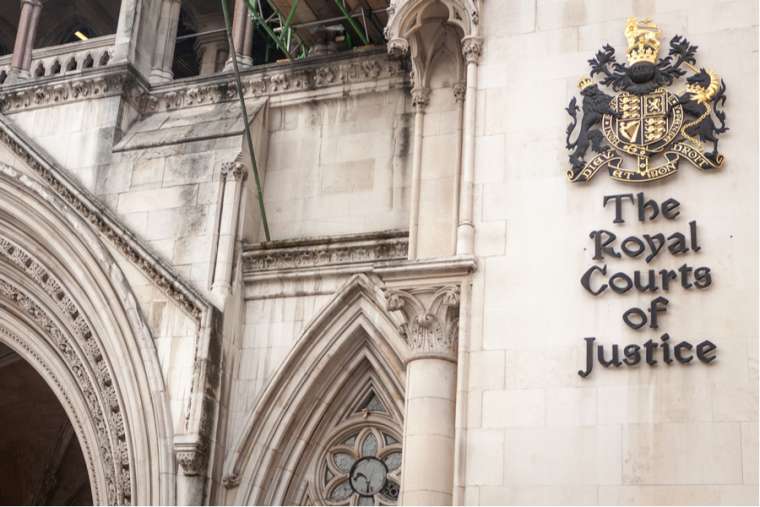 The Italian businessman at the center of the Vatican’s London property scandal is asking a British court to rule that he acted in good faith. Lawyers for Raffaele Mincione are arguing that the Holy See is trying to nullify the deal, worth hundreds of millions of dollars, according to new reports.

Mincione filed two suits in the High Court of England and Wales earlier this year against the Holy See Secretariat of State and the holding company through which it controls the building at 60 Sloane Ave. in London, purchased in stages from Mincione for some $300 million.

Details of the suits had not previously been made public, but on Sept. 15, Law360 reported that Mincione is seeking declaratory relief from the court, asking that a judge rule he did not behave improperly in his dealings with the Vatican.

On June 17,Mincione’s company WRM Capinvestfiled suit against the Jersey-registered holding company, 60 SA Ltd., through which the Vatican owns the building. In a separate action, Luxembourg-based Athena Capital Fund SICAV-FIS SCA, a unit of Athena Capital Fund,which isalsoownedby Mincione, filed a commercial contract claim against the Secretariat of State. It is unclear when that second action was first filed.

Mincione’s lawyers argue in court documents that he and his companies “acted in good faith in and about the transactions and the negotiation and execution of the contractual documents,” according to Law360.

A spokesman for Mincione did not respond to a request for comment by time of publication.

On July 15, Vatican prosecutors, working with Italian authorities, executed a search and seizure warrant against Mincione at an hotel in Rome. Investigators seized electronic devices, including cellular phones and iPads.

The search and seizure was authorized by Roman magistrate Maria Teresa Gerace, following a request by the Vatican Promoter of Justice Gian Piero Milano and his deputy Alessandro Diddi. The search was carried out by Italian state police. Italian newspaper Corriere della Serra reported that Mincione, accompanied by his lawyers, presented himself to police by prior arrangement, after the warrant was issued.

The secretariat’s involvement with Mincione dates back to 2014, when it invested some 200 million euros in Mincione’s Athena Global Opportunities Fund. The funds included lines of credit extended bytwo Swiss banks, Credit Suisse and BSI, against other funds under the control of the secretariat.

CNA has previously reported that, in addition to an initial 45% stake in the London building, owned by Mincione, the funds were also invested in other companies and projects owned or connected to Mincione. On June 6, Vatican NewsdescribedMincione’s management of Vatican investments as “speculative” and a “conflict of interest.”

The Vatican cut ties with Mincione in 2018, acquiring the whole of the London property and withdrawing its remaining investment with Athena. The final stage of the sale was brokered by another London-based Italian, Gianluigi Torzi, which he did using his own Luxembourg holding company, Gutt SA, as a pass-through, earning Torzi some 10 million euros in the process.

Following Torzi’s arrest, Mincione sought to distance himself from Torzi, calling him a “counterpart,” not a “partner,” and characterizing their personal connection casually as “two Italians in London.”

CNA subsequently reportedthat in the months before Torzi was asked by the Holy See to act as middle man for the final purchase of the London property, a company owned by Mincione secured a multi-million-euro loan from a company controlled by Torzi. Both men have denied that the loans played any part in Torzi’s role in the Vatican’s purchase of the London building from Mincione.

CNA has also reportedthat Fabrizio Tirabassi, a lay secretariat official who oversaw investments, was appointed a director of Gutt while Torzi was finalizing the Vatican’s purchase of the London property from Mincione. On June 5, Torzi was arrested in Vatican City and charged with extortion, embezzlement, aggravated fraud and money laundering. He was released on bail June 15.

Tirabassi was one of five secretariat employees suspended in October 2019, following a raid conducted by Vatican gendarmes, who seized computers and documents related to financial dealings at the department.

In Feb. 2020, another former senior official at the Secretariat of State was suspended following raids on his home and office by Vatican investigators. Msgr. Alberto Perlasca served for nearly a decade as head of the administrative office of the secretariat’s First Section until July 2019, when he was transferred to the Supreme Tribunal of the Apostolic Signatura.

The Holy See subsequently confirmed that the raid had been ordered by Vatican City prosecutors following the “interrogation” of the previously suspended staff members.

According to the Sept. 15 report by Law360, Mincione’s lawyers argue that the Vatican is seeking to distance itself from Gutt’s involvement and claiming that Perlasca did not have the authority to sign any agreements authorizing the building’s final purchase through Torzi and that “ultimately the Holy See is looking to plead that the transaction was invalid.”