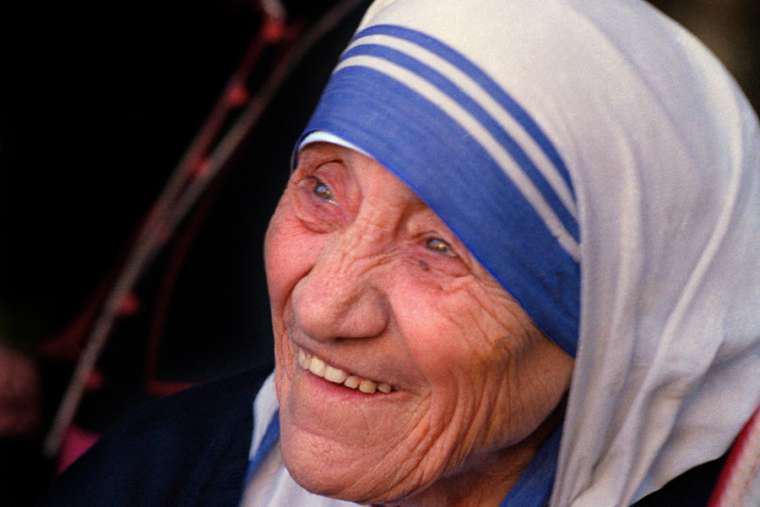 The Missionaries of Charity canceled their customary birthday celebrations for their founder, Mother Teresa, this year after nine religious sisters tested positive for COVID-19.

Wednesday marked the 110th birthday of Saint Mother Teresa, who died in 1997.

Among other celebrations, the Motherhouse of the Missionaries of Charity, which houses the saint’s tomb, was forced to call off a public nine-day novena, Mass, and children musical event.

Sunil Lucas, a Missionaries of Charity volunteer, said out of nine sisters who have tested positive for COVID-19, seven had recovered as of Aug. 26. She said the sisters have been going out to visit the poor and ill even after the headquarters restricted visitors and gatherings in mid-March due to the coronavirus pandemic.

“These fearless Covid-19 warriors had been going out daily to serve the poorest of the poor. And some contracted the infection,” she said, according to UCA News.

Mother Teresa’s birthday normally draws thousands of visiting pilgrims and sisters. Instead of the usual celebrations, a private Mass was held this year at the saint’s tomb on the morning of Aug. 26. It was celebrated by Father Dominic Gomes, vicar general of the Kolkata Archdiocese.

Catholics normally commemorate the feast day of a saint – which often corresponds with the day they died – but the Missionaries of Charity have continued to celebrate Mother Teresa’s birthday as well. During Mother Teresa’s life, her birthday had been a major celebration at the house.

Last year, an estimated 300 nuns and novices gathered around Mother Teresa’s tomb and sang “Happy Birthday” following a Mass in commemoration of the saint’s birthday.

While visitors were restricted this year, some people still brought flowers and garlands for the saint’s tomb to the front gate of the community.

The sisters also typically host a novena leading up to Mother Teresa’s Sept. 5 feast day. In previous years, thousands of Catholics visit the tomb during these nine days, bringing their petitions to the saint’s grave.

A senior nun told UCA News that none of the sisters are currently permitted to exit the facility and care for the sick on street, but their work caring for residents in several houses – including homes for the poor and orphans – continues. No new residents are currently being admitted, she said.

Mother Teresa was born Agnes Gonxha Bojaxhiu Aug. 26, 1910, in Skopje, Macedonia. After joining the Sisters of Loretto at age 17, she was sent to Kolkata, where she later contracted tuberculosis, and was sent to rest in Darjeeling.

On the way, she felt what she called “an order” from God to leave the convent and live among the poor.

After she left her convent, Mother Teresa began working in the slums, teaching poor children, and treating the sick in their homes. A year later, some of her former students joined her, and together they took in men, women and children who were dying in the gutters along the streets.

In 1950, the Missionaries of Charity were born as a congregation of the Diocese of Calcutta. In 1952, the government granted them a house from which to continue their mission of serving Calcutta’s poor and forgotten. Today, they operate in 176 countries, serving the “poorest of the poor.”

Mother Teresa was canonized in 2016.