Monastic Life is a Key to the Renewal of the Church 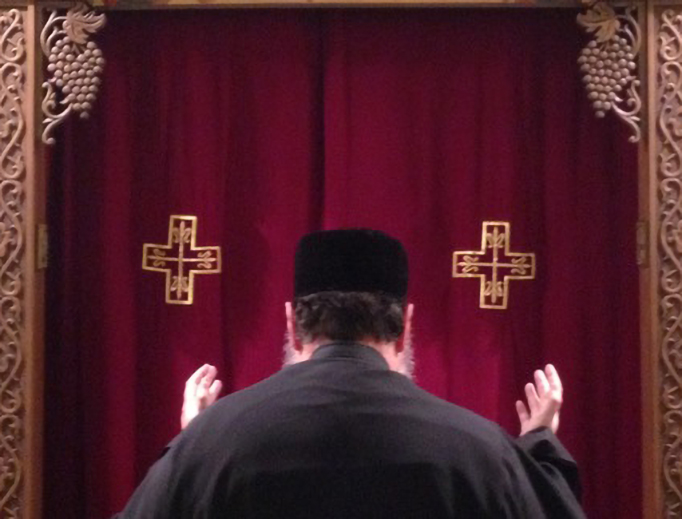 Monastic Life is a Key to the Renewal of the Church

In a time when it is difficult for the laity to find a solid example of what their baptismal calling entails, we look to the monks and nuns as the examplepar excellence.

Our world seems to be increasingly fractured. Sadly, our Church is becoming increasingly fractured as well. We’re still reeling from the festering wound of the sexual abuse crisis. We’ve seen recent and ongoing salvos between bishops and theologians about the teaching of Vatican II. Every day it seems there are new scandals, new conspiracy theories and new fault lines of division.

I’ve become increasingly convinced that a critical point of renewal must be the monastic life. Without a vigorous monastic life, the Church will continue to deflate and lose her ability to build a new Catholic culture.

I’ve written a series on the beauty and power of Eastern monasticismhere, but my mind was further convinced while listening to the presentation by Archimandrite (Abbot) Nicholas Zachariadis at theSoul of the Apostolate Conference. Abbot Nicholas emphasized the monastic life as the model for the devout life of all the baptized. He pointed to the Apostolic LetterOrientale Lumen, which has served as a “Magna Carta” for his monastery and Eastern monasticism generally. In it, Pope St. John Paul II states:

Moreover, in the East, monasticism was not seen merely as a separate condition, proper to a precise category of Christians, but rather as a reference point for all the baptized, according to the gifts offered to each by the Lord; it was presented as a symbolic synthesis of Christianity.

In a time when it is difficult for the laity to find a solid example of what their baptismal calling entails, we look to the monks and nuns as the examplepar excellence.

In our post-Christian culture, Abbot Nicholas emphasized, we need to look to the historic example of monasticism as “culture-building.” Abbot Nicholas said, “Authentic Christian culture is always incarnational; it incorporates the Divine and human in a single whole. Monasticism lived according to its deepest calling makes this reality visible in practical ways.” The roots laid in Eastern monasticism would flower in the West in monastic institutions of education, hospitals, commerce, agriculture and the arts. If the Church is to redeem our failing culture, to do so without turning to the tested example of the monastics would be a mistake.

Beyond the renewal and rebuilding of culture, the example of the monastic (and particularly Eastern) experience of liturgy, is an essential ingredient to the renewal of the individual person. We are suffering through an age of nihilistic identity-crisis. The predominant cultural vision of the human person is a vision of flux, chaos and unhinged subjectivity. The Eastern liturgical (lived fully via Eastern monasticism) experience is an experience that speaks to the whole person.Orientale Lumen 11states:

Within this framework, liturgical prayer in the East shows a great aptitude forinvolving the human person in his or her totality: the mystery is sung in the loftiness of its content, but also in the warmth of the sentiments it awakens in the heart of redeemed humanity. In the sacred act, even bodiliness is summoned to praise, and beauty, which in the East is one of the best loved names expressing the divine harmony and the model of humanity transfigured, appears everywhere: in the shape of the church, in the sounds, in the colors, in the lights, in the scents. The lengthy duration of the celebrations, the repeated invocations,everything expresses gradual identification with the mystery celebrated with one’s whole person. Thus the prayer of the Church alreadybecomes participation in the heavenly liturgy, an anticipation of the final beatitude. [Emphasis added]

The experience of beauty, lengthy duration, repetition, art and architecture experienced in the East (though not exclusively) assists in raising the person beyond fleshy identifications of what it means to be human. Liturgical experience is essential in helping the baptized to realize and live out their baptismal identity as ones redeemed and called by Christ to the angelic life of Heaven. The monks and nuns renounce the comforts of the world to offer their whole lives as a living “liturgy” and it is within this offering that they truly find themselves in Christ.

The Eastern liturgical experience lends itself naturally to introducing mysticism. Mysticism was another key point in Abbot Nicholas’ talk. He lamented, rightly so, that it has been a profound catechetical failure that the majority of Catholics don’t know what mysticism is. Many reduce mysticism to “New Age” or Buddhist spirituality. Mysticism, said Abbot Nicholas, “is primarily concerned with a relationship with Christ. Since the mystical life transcends intellectual knowledge, it allows us to know God by the indwelling of his Uncreated Grace.” Mysticism lies at the heart of Eastern spirituality, for it centers ontheosis— man’s partaking in the Divine Life of God. We all long for God but many cannot properly identify this longing. Heading to experience an Eastern monastery will teach you this lesson.

Having met and become friends with several Eastern Catholic monks and nuns, I’m convinced that the monastic life (and especially Eastern monasticism) has a special role to play in redeeming and sanctifying our ailing world. I for one would like to see a movement for consolidating and assisting the growth of monasteries. Monasteries bear some tremendous financial burdens and if they are to be maintained and grow to accommodate greater numbers and to extend their ministry of hospitality,they are going to need our support. I would also like to see a call for Pope Francis to open ajubilee year of monasticismto foster conversation on how to grow monastic life. Monasteries are our greatest untapped resource for spiritual and authentic human renewal, let us pray for monastics and pray that the Church fans the flame of monasticism which will set the world on fire.