Mother Theresa Dudzik — Humble Foundress of the Franciscans of Chicago 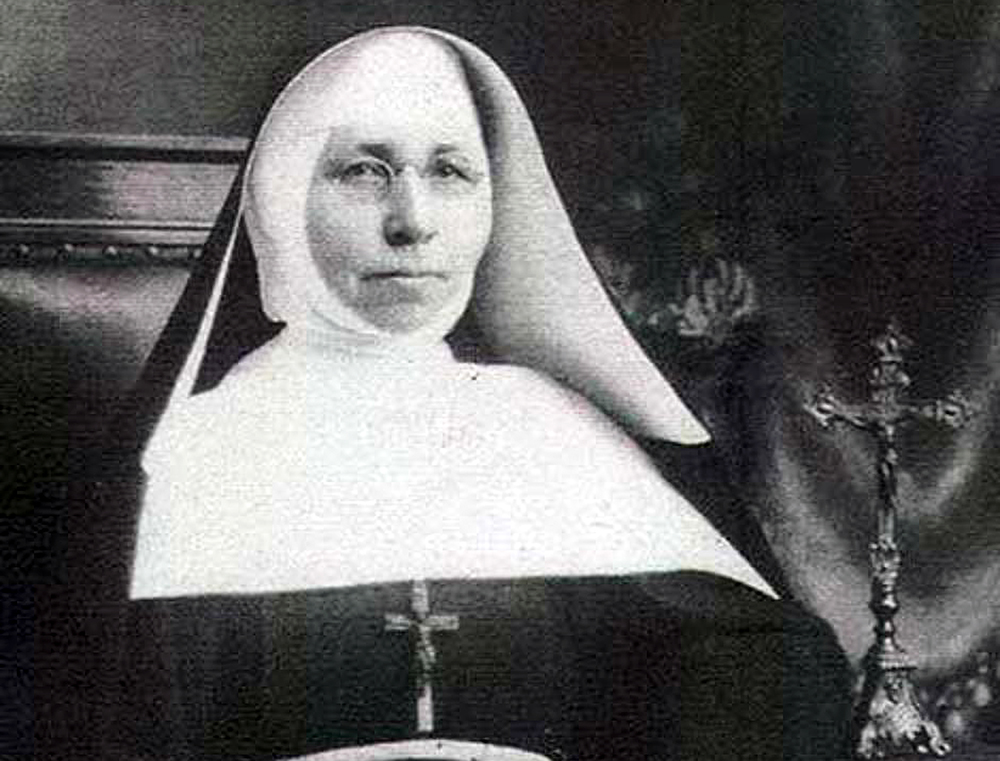 Mother Theresa Dudzik — Humble Foundress of the Franciscans of Chicago

Mother Theresa died in 1918 and was declared venerable in 1994

“Who is this?” Agnes asked without getting up from her chair in the parlor.

From the window of their apartment, she had seen her daughter leading an elderly woman down the street and into their building. Josephine was now in the hallway, taking her guest as quietly as she could into the kitchen to serve her tea and a piece of the cake without bothering her mother.

Josephine hated confrontation, even though she knew she would hear her mother’s reproaches later, in private. For now, Agnes sighed and concentrated on darning the sock in her hand.

Agnes was a devout Polish woman, but she did not approve of her daughter sheltering strangers in their house. There was little she had been able to do to stop it, though, since her husband had died four years earlier. Josephine, after all, supported her. Josephine had also been up all night sewing habits for the School Sisters of Notre Dame, too. That work, however, would not be compensated, at least not with money.

But Josephine had always been that way. Even as a child, she loved going to church and couldn’t stand to hear about someone suffering without responding. She babysat children to allow busy mothers to go to Mass, shared her lunch at school and took the spare loaf of bread to the sick neighbor. When she had started to earn her own income as a seamstress, she would buy medicines for the sick, too. Nothing had changed since the Dudziks had immigrated to the United States in 1881.

Twelve years later, Chicago still teamed with the same hope and poverty as when they arrived. Some people saw their dreams of American prosperity realized, while others found just more work that left them tired, poor, and dirty. A talented seamstress, Josephine was among the lucky ones. Instead of selling her labor dirt cheap in a dangerous factory, she had opened her own dress shop and now had an established, wealthy clientele. While her siblings set off for convents or to start their own families, she provided for herself and her parents in comfortable independence.

It weighed on her though. She couldn’t ignore the suffering around her and expect Jesus to welcome her into heaven. Her disposition to help the poor had turned her into Father Vincent Barzynski’s unofficial assistant in the parish’s charity work. Josephine was well known in the parish overall. St. Stanislaus Kostka was her second home. The largest parish in the country, the Polish church community was more like a Catholic mansion, or even a small village. Some 45 organizations operated within it, from sodalities and confraternities to an orphanage — along with a newspaper, four libraries, the biggest auditorium in the city and a school. Josephine was a member of the choir, superior of both the Young Ladies Rosary Sodality Group II and the Archconfraternity of the Immaculate Heart of Mary. Plus, she was novice mistress for the women’s group of the Third Order Secular Franciscans. Still, she wanted to do more to help the poor. Her home was already full and her mother complained that Josephine’s charity cause her suffering.

Josephine suggested to her fellow Franciscan tertiaries that they purchase a house where they could live and pray together and care for the elderly and others in need. She wasn’t thinking of religious life, but when she asked the blessing of her pastor and spiritual director, Resurrectionist Father Vincent Barzynski, he said he would only approve their project if they would take religious vows and the Franciscan habit. He knew it was the only way to give stability to the project. Josephine agreed. She had never imagined, though, the trials that she would go through. Naturally shy, she had to overcome herself to confront difficult situations among the sisters. She also led by example by taking the most difficult tasks. This included begging. She had envisioned the sisters supporting themselves and their charity charges by their work. However, it also became necessary to solicit donations. Begging on the steps of the Polish churches in the city, she and her sisters endured insults, as well. She also faced criticism and misunderstanding from her own sisters as she tried to lead them to observe their rule and grow in the spiritual life. She was tempted, too, to abandon the project she had started. Through it all, she learned humility and total reliance on God.

“Those criticisms of my conduct were no small advantage for my pride. I would want to bear more an long as God would not be offended, and I would consider it even greater happiness to be able to suffer for the greater glory of Good and the good of the community,” she wrote.

She died of cancer on Sept. 20, 1918, at 58 years of age. She was declared venerable in 1994. When a miraculous cure through her intercession is identified and recognized by Rome, she will be designated as blessed, the stage before canonization as a saint.

The Feast of Saint John Vianney –...