My Reasons for Writing ‘The Next Pope’ 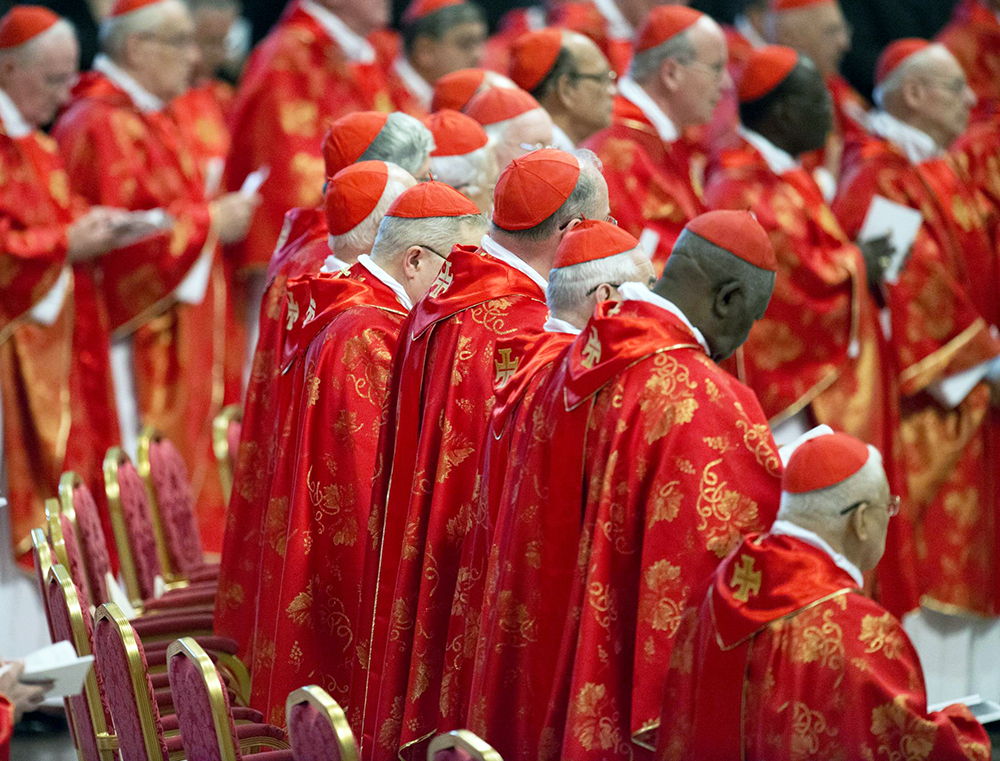 My Reasons for Writing ‘The Next Pope’

Most cardinals have little knowledge of a prospective pope when they enter the Sistine Chapel to cast their vote. This book seeks to help remedy that.

Unlike a typical election cycle in which ballots can take place every four or five years, conclaves can happen at any moment.

Dependent on when a pope dies or decides to retire, their timing is wholly unpredictable, occasionally aided by the Vatican, which tends to be guarded about news of a pope’s health until the last moment. (“The pope is never sick until he’s dead,” so the old saying goes.)

At 83, Pope Francis is by all accounts in remarkably good health. Despite having only one lung and suffering from chronic sciatica, he remains as energetic as ever. But even in “Vatican years,” where age is often no barrier to responsibility, the Holy Father is considered to be getting on in years and he himself has occasionally hinted he would like to follow Benedict XVI into retirement at some stage.

Talking to reporters last year on the way back from the United Arab Emirates, he said he had “no time” in 2019 to visit another Arab country, adding cryptically: “Let’s see if next year I or another Peter [i.e., pope] will go!” He has also made a point ofsayingthat a “pope emeritus should not be an exception” and that retired popes are now an “institution.”

The Pope’s close associates have also said privately they are convinced he will step down when he discerns the time is right, particularly when he believes his reforms will be hardest for his successor to undo. Some even believe it will happen this year.

His close adviser, Jesuit Father Antonio Spadaro,spokeonly last week of Francis’ successor and that, whoever he is, will not be able to reverse his reforms. It is therefore reasonable to expect that a papal election could happen relatively soon, even if its date remains unknown.

This poses a perennial challenge to cardinal electors, whose most important task is to choose a pope: How can they prepare themselves once a conclave is announced, particularly in the most crucial area of informing themselves who might be a suitable successor, when the time between the announcement of a conclave and the actual election is so short (usually no longer than a month)?

Recent history has shown that most cardinals have little or no knowledge of a prospective pope when they enter the Sistine Chapel to cast their vote. This became especially apparent during the last papal election in 2013. Some found the information confusing. Others complained about a dearth of biographical data on who they were voting for. Often they had to rely on others’ recommendations, which were not always reliable.

This problem became more acute after 2016 when the Holy Father ceased holding meetings of the Sacred College of Cardinals before cardinal-making consistories. Such meetings were traditionally a valuable opportunity for cardinals to become acquainted with one another, but now they are likely to meet their brother cardinals for the first time during the pressures of a conclave.

All of these reasons are motivations behind my new bookThe Next Pope: The Leading Cardinal Candidates,a collaborative work with a team of international researchers which was published by Sophia Institute Press on July 27.

The book consists of highly-detailed profiles of 19 leadingpapabiliwith the aim of better equipping the cardinal electors to know who to vote for, or not vote for, as the case may be. The book is likely to be updated as variouspapabiliage or pass on, and others rise to prominence.

We chose the 19 candidates on account of their backgrounds, reputations for leadership and general favorability rankings in the Church. Some of the selection criteria are related to media exposure, but we also looked at how they have fulfilled the three offices of bishop: sanctifying, governing and teaching.

Revealed in each cardinal’s profile is where they stand, for example, on the liturgy, the Church’s moral teachings, and key contemporary issues such as priestly celibacy, the role of women in the Church, contraception, abortion, religious freedom, migration and the Second Vatican Council — all giving the reader a detailed knowledge of whether they would have what it takes to be pope in today’s Church and world. Each of these positions was thoroughly investigated by 14 international researchers who scoured documents, books and articles for information.

The introduction also contains explanations of how conclaves work and, most importantly, what qualities should be expected of a pope, drawing partly on a 12th-century treatise by St. Bernard of Clairvaux on how to be a saintly pope.

But this book is not only for the cardinal electors. I believeThe Next Popeis also important for the faithful, offering an educational and even catechetical resource while at the same time providing a handbook on conclaves, the cardinalate and the papacy. The book will also provide the reader with a knowledge of who to pray for should a conclave take place soon.

A further element underlying the significance of this book is the current state of the world. Enormous spiritual battles are taking place in today’s societies, not least in the United States, as well as inside the Church. These will require strong papal leadership as they increase. This is why we’re called to pray not only for our current Holy Father but also for the right candidate at a conclave, petitioning Our Lord for the one most suitable to lead the Church in this often-tumultuous life and shepherd souls safely to the next.

The Holy Spirit is at work in a conclave, but he depends on man’s cooperation. This book therefore aims to be a useful resource for both cardinal electors and the faithful, ensuring in a small but hopefully effective way that such cooperation bears good fruit in accordance with the Lord’s will.