MORE FROM EWTN
FAITH & RESOURCES
Welcome to EWTN GB - Global Catholic Television Network - Copyright ©
Trending News
HomeArticleNew Book Affirms: There Is a Heaven and, Yes, There Is a Hell 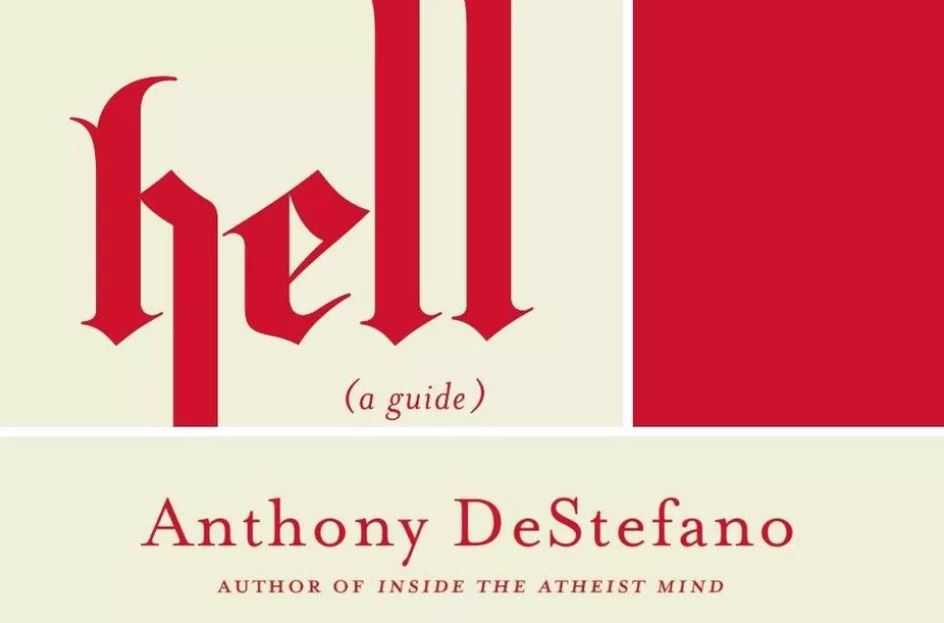 The cosmic battle fought in heaven when Satan and his followers rebelled against God and were driven into hell by St. Michael and God’s other holy angels continues in 2020. Yet, while going about our day, we mostly forget that the devil is working tirelessly to get us into hell with him. After all, most of us are not planning to go there.

But who does go to hell, and what is it like?

In Hell: A Guide, Anthony DeStefano, best-selling author of more than 20 Christian books, including a Travel Guide to Heaven, takes readers to hell. As a tour guide, DeStefano draws extensively on Scripture “to visit the bottom of the bottomless pit without having to descend one step, to see the infamous fire and brimstone without having to get burned, to take a grand tour of all the hellish tortures you’ve heard about without having to experience them firsthand.”

At the outset, DeStefano dispels the notion that a merciful God would never send someone to hell. He notes that the Bible, the world’s major religions, the saints and our greatest spiritual leaders have all pointed to the existence of hell. In the Gospels, Jesus spoke about hell 11 times — not figuratively, but literally. “Without hell, the war between good and evil wouldn’t be a war at all,” DeStefano writes. “In fact, it wouldn’t even be a skirmish. Who cares about the attacks on the family and the attacks on the church and the attacks on our values and the attacks on life if there’s no ultimate justice and no ultimate consequences?”

But even if we believe hell exists, why bother to look into the horrid suffering of Gehenna? “The simple reason,” DeStefano explains, “is we can’t make any lasting decision to fight against our own evil inclinations and against the evil times in which we live unless we know what lies at the bottom of the struggle, unless we know what the root cause of the combat really is. In other words, we can’t make any monumental choice for or against God unless we have access to all the facts.”

By addressing evil and imagining hell, DeStefano makes a case for readers to desire union with God. He points to people’s own capacity for evil through sin and notes that during those times we are typically not comfortable spending time with God.

Ultimately, DeStefano explains, through all our innumerable choices, we are either turning into a heavenly creature or a hellish one. “A human soul that has remained intransigent in rejecting God’s grace during its life on earth and made the choice of final impenitence — the infamous sin against the Holy Spirit — decides against God and chooses hell,” he says.

But when it comes to man receiving the ultimate punishment for his sins, DeStefano points out, God is not being a big meanie by enacting revenge. “He is almighty, but he allows us to choose against him, even to choose hell,” DeStefano writes. “As G.K. Chesterton said, ‘Hell is God’s great compliment to the reality of human freedom and the dignity of human choice.’ A soul that has rejected God wants to remove itself from God’s presence.”https://tpc.googlesyndication.com/safeframe/1-0-37/html/container.html

In hell, suffering is forever, the greatest of which is separation from God. “The greatest spiritual writers of all time and from every tradition in Christianity agree on one essential point regarding hell: the most intense pain and the chief punishment suffered by the souls of the damned is their eternal separation and self-exclusion from God. God made the human soul in his image, and only in union with God can humans possess the kind of happiness they truly desire. If a soul loses the ability to be in union with God, it essentially loses everything.”

Unpacking the teaching on the Beatific Vision, DeStefano considers all that a soul loses in hell, including any semblance of relationship with either God or neighbor, because no trace of love remains. “There is only inexpressible resentment, rage, bile and bitterness, all of which manifests in a continual cursing of God,” the author writes.

“This is one of the things the Scriptures mean when they speak of souls in hell ‘gnashing their teeth.’ Even though they hate God, they still feel the pain of having lost him. …. In other words, they know they have lost goodness, truth, beauty, love, rest, peace and home, and they know why, but they still hate God.”

DeStefano takes us further on the journey to the Final Judgment when a hellish body is added. “On the day of the resurrection, we’re going to be reunited with our bodies,” he explained.

“The Bible refers to this bedrock doctrine of faith many times. … Christ used a horrific image to describe the suffering people in hell when he said, ‘Their worm does not die.’ He was actually quoting the prophet Isaiah: ‘And they will go out and look on the dead bodies of those who rebelled against me; the worms that eat them will not die, the fire that burns them will not be quenched, and they will be loathsome to all mankind.’” https://tpc.googlesyndication.com/safeframe/1-0-37/html/container.html

In the last chapter, DeStefano helps readers to decompress from the harrowing journey.

He points to the other way, to joy and to heaven, which is strived for by working on one’s spiritual life in union with God through Jesus Christ. It is Jesus, he said, who is the Victor over sin and death, the Way and the Truth and the Life that enlarges our souls and leads us far, far from hell to our real home: heaven.