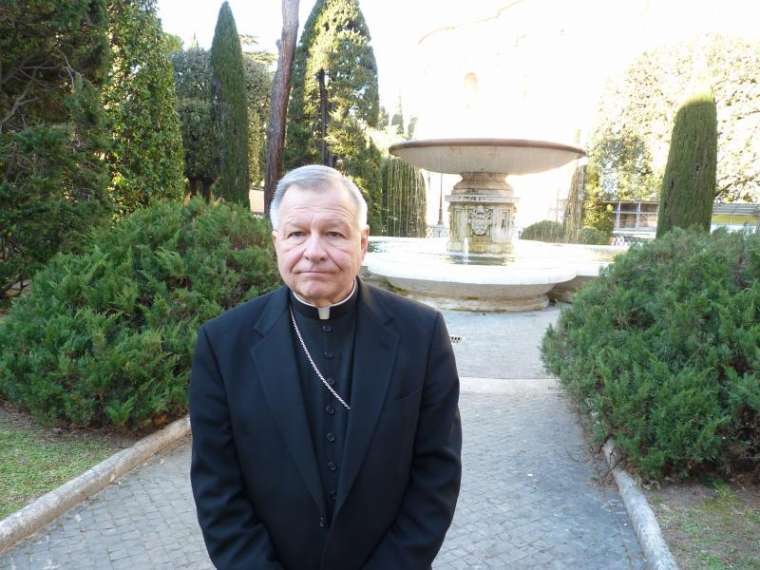 The Archbishop of New Orleans said Friday that a priest’s filming of a pornographic videotape atop a church’s altar was demonic, and that the priest will never again serve in Catholic ministry.

“His desecration of the altar in Church was demonic. I am infuriated by his actions. When the details became clear, we had the altar removed and burned. I will consecrate a new altar tomorrow,” Aymond said.

Clark is a New Orleans priest who was arrested Sept. 30 on obscenity charges, when he was observed filming himself in a sexual act with two women atop an altar in his Louisiana parish. The priest was removed from ministry, although the archdiocese did not disclose in detail what had happened; which was described in court records made public Oct. 9.

Clark, 37, was the pastor of Sts. Peter and Paul in Pearl River, Louisiana. He was arrested together with Mindy Dixon, 41, and Melissa Cheng, 23.

A local resident told police they noticed the lights were on in the parish church, and upon looking in the windows, saw the three engaged in sexual activity on the altar.

According to reports, the altar of the church had been outfitted with stage lighting.

Police believe the sexual encounter to have been consensual, and have not filed charges related to sexual assault. The obscenity charge stemmed from the fact that the sex act was visible from a window.

He had recently been named the chaplain of Pope John Paul II High School in Slidell, Louisiana, replacing another priest whoresigned this summer. That priest, Fr. Pat Wattingy, was also suspended from public ministry Oct 1, after he admitted to abusing a minor in 2013.

It was subsequently reported that Wattingy had sent a series of inappropriate text messages to a student at the high school dating back to February; although the student’s parents alerted the archdiocese, school administrators were not told, and Wattingy was allowed to remain in ministry at the school until the end of the academic year.

In his statement Friday, Aymond did not indicate when he became aware of the nature of Clark’s arrest.

Aymond did not say whether Clark will face canonical charges. Canon law provides that a Catholic who profanes an altar can be punished with a “just penalty,” and that a priest who has “committed an offense against the sixth commandment…publicly” can be laicized.

The archbishop’s statement also addressed Wattingy. Aymond said the priest would never again serve in public ministry, and defended an archdiocesan decision not to remove Wattingy from the school when reports that he was sending inappropriate text messages first arose in February.