Nice basilica terrorist attack: Who were the victims? 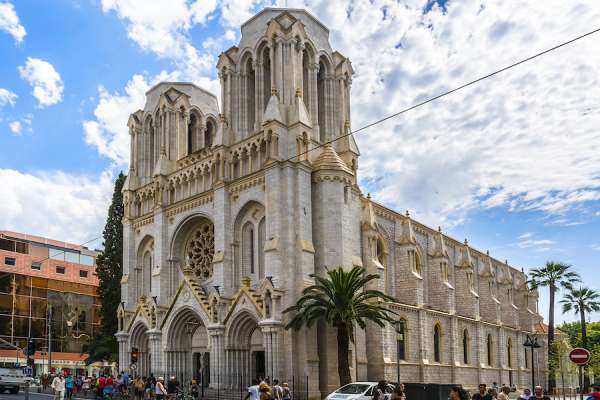 Nice basilica terrorist attack: Who were the victims?

Bells tolled in Catholic parishes across France in memory of the three people killed in a knife attack at the Basilica of Notre-Dame in Nice Thursday morning.

This is what is known so far about the victims:

One of the victims has been identified as the sacristan of Notre-Dame Basilica in Nice, Vincent L., who was 55 years old and a father of two daughters. He had served the basilica as sacristan for 10 years.

Catholics in Nice remembered Vincent for his dedicated service to the Church. Fr. Jean-Louis Giordan, the former rector of the basilica, told Vatican News that he first hired Vincent as sacristan of the basilica a decade ago.

A person familiar with the basilica told the French daily Le Parisien: “He’s not just a sacristan. He helped a lot the priest who was old. … He was the handyman. The candles were always well lit … He was very discreet and very efficient. He didn’t speak much. He acted with great humility and respect. He is the first person we thought of when we learned of the attack,”

“He was an ordinary man, in the good sense of the word: nice, open,” Fr. Gil Florini, parish priest of Saint-Pierre-d’Arène-de-Nice church, told Le Figaro.

A woman who came to pray:

A woman, reported by a French prosecutor to be 60 years old, who came to pray at the basilica on the morning of Oct. 29.

Le Figaro reported that she was found dead with her throat cut, “nearly beheaded,” near the holy water font inside of the basilica.

National Antiterrorist Prosecutor Jean-François Ricard said she died by “a very deep throat of the order of a decapitation.”

A third victim, whom French media have identified as a 44-year old mother, was attacked inside the church and is said to have taken refuge in a nearby cafe, where she died from stab wounds. According to the French television news channel BFMTV, a witness heard her say, “Tell my family that I love them,” as she died.

In addition to those killed in the attack, police report that others were injured in the basilica.

French police say they arrested the perpetrator, who has been identified as Brahim Aouissaoui, 21, who reportedly arrived in late September, first at the Italian island of Lampedusa, and then traveling to France. Aouissaoui is reported to have been taken to the hospital by police with a gunshot wound.