No, AOC Is Not the Future of the Catholic Church 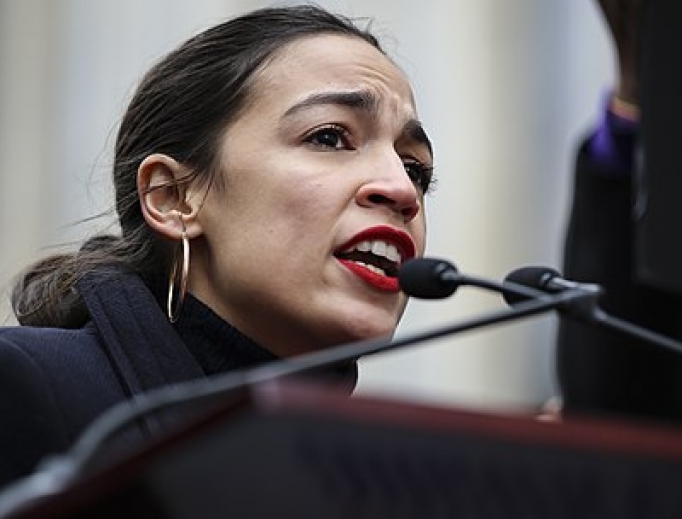 No, AOC Is Not the Future of the Catholic Church

In Rep. Alexandria Ocasio-Cortez’s world of “inclusion and diversity” the unborn have no place — nor does any Catholic who believes and abides by the Church’s teaching on life, sexuality and marriage.

Supreme Court Justices Ruth Bader Ginsberg and the late Antonin Scalia had a genuine, if not improbable, friendship. Ideologically, they represent opposite ends of the legal spectrum: Scalia an originalist/textualist and Ginsberg a judicial activist.

Yet when questioned about how they managed to have such a cordial relationship, Scalia noted, “I attack ideas, I don’t attack people — and some very good people have some very bad ideas.” At a 2015 joint appearance with Ginsberg at George Washington University, when questioned about their relationship, Scalia quipped, “Call us the odd couple. She likes opera, and she’s a very nice person. What’s not to like? Except her views on the law.”

So when my former colleague and friend Heidi Schlumpf was named the new executive editor at theNational Catholic Reporter, I tweeted her a message suggesting we might become the “Scalia and Ginsberg” of Catholic women commentators. As is typical for Heidi, she good-naturedly thanked me and said she hoped we could.

And now, for the first time since assuming her new role at theReporter, she and I are disagreeing publicly — sort of. When I read the headline of Schlumpf’s recent opinion piece, “AOC is the Future of the Catholic Church,” I groaned. Although I understand her appeal to young people, I am not a fan of Ocasio-Cortez, the 30-year-old bartender-turned-Congresswoman.

While some feel that “AOC,” as she’s commonly called, is a breath of fresh air, posting decidedly un-congressional videos ofherself eating popcorn and musing on her new apartmentin D.C., her unfamiliarity with and fear ofgarbage disposals, andher famous makeup tutorial, I don’t believe she’s demonstrated the credentials or in-depth knowledge needed to be a legislator, marking up bills, managing a large staff and being responsive to constituents. Millennials by thousands follow her social media accounts, and it doesn’t take much for her to grab the headlines, often for days as was exemplified last week by her unwarranted and wholly uninformed attack on the status of a statue of St. Damián of Molokai representing the people of the state of Hawaii in the U.S. Capitol building (the people of Hawaii having requested themselves that St. Damián’s image represent them notwithstanding and thestatue was a giftfrom the state).

That being said, Schlumpf’s piece appeared to be the victim of what I would term a wildly misleading headline. Rather than centering on the reasons AOC was the “future of the Church,” it emphasized instead Ocasio-Cortez’s response to avulgar verbal insult made against her by a fellow member of the House of Representatives. I share Schlumpf’s outrage at the comments allegedly directed at the congresswoman, and her analysis of AOC’s rebuttal on the House floor is spot on.

To speak to any woman in the mannerRep. Ted Yoho, R-Fla., allegedly didis shocking at best, unbefitting a gentleman, and beneath the dignity of the public office he holds. The New York congresswoman fought back, not by trading insult for insult, butin an eloquent and moving speechthat, as the mother of three daughters, I applauded.

But that is where Schlumpf and I part ways. Schlumpf writes about how much Ocasio-Cortez’s speech reflected her “Catholic values,” specifically stating that “Ocasio-Cortez repeatedly railed against the ‘dehumanizing’ of others and instead called for treating people with dignity and respect.”

Yet one cannot square this claim, as a Catholic, with AOC’s self-proclaimed role as a supporter of “reproductive justice,” earning her a 100% approval ratingfrom NARAL. She notes that she is a “proud” opponent of the Hyde Amendment, the long-time federal bill that prevents federal dollars from funding elective abortions. It’s a popular piece of legislation, with high approval ratings among both Democrats and Republicans alike. Ocasio-Cortez even broke longstanding inter-party protocol byendorsingthe opponent of her fellow Democratic colleague Rep. Dan Lipinski, D-Ill., in his primary battle against abortion advocate Marie Newman — citing Lipinski’s pro-life voting record as a factor for her opposition. Newman, who also received millions of dollars in funding from abortion activist groups, narrowly defeated Lipinski in March.

Ocasio-Cortez’s “reproductive justice” page on her website notes the following:

“Reproductive freedom is especially essential for all individuals of marginalized genders, including cisgender women and trans people. Alexandria does not accept any federal, state or local rollbacks, cuts or restrictions on the ability of individuals to access quality reproductive healthcare services, birth control, HIV/AIDS care and prevention, or medically accurate sexuality education. This means open access to safe, legal, affordable abortion, birth control, and family planning services, as well as access to adequate, affordable pre- and post-natal care, for all people, regardless of income, location or education.”

With the exception of the mention of pre- and post-natal care, virtually everything in this plank of AOC’s stated platform is in direct opposition to “treating people with dignity and respect.” The unborn have no place in AOC’s world of “inclusion and diversity.” It also poses threats to religious liberty, especially for faith traditions that recognize marriage as the conjugal union of a man and a woman and teach that our sexual identity is part of who God created us to be, not a malleable social construct.

As just one example,when a Catholic hospital faced a lawsuitbecause they declined to perform a hysterectomy on a healthy woman for the purposes of “sexual reassignment,” AOC came to the defense of the plaintiff, not of the Catholic hospital.

“My faith commands me to treat Mr. Minton as holy because he is sacred, because his life is sacred, because you are not to be denied anything I am entitled to, that we are equal in the eyes of the law.” Despite the fact that Catholic hospitals do not, and never have, provided sterilizations, sex reassignment surgeries, abortions, or physician-assisted suicides, AOC seems perfectly comfortable with compelling them to do so.

So no, while I can appreciate AOC’s defending herself against verbal degradation, I can’t agree that she represents the “future of the Church.” Because the future of the Church requires respect for the religious beliefs and practices of Catholic institutions and a future for all, including those waiting to be born.

To paraphrase Pope St. John Paul II, none of your other human rights matter very much if you’re not alive to enjoy any of them to begin with. Human rights start when human life begins. And unfortunately for Rep. Ocasio-Cortez, it’s also where her belief in radical equality ends.

“Faith is a light that illuminates not only the present but also the future,” said Pope Francis, and “marriage and family are the future of the Church and of society.”

Considering AOC’s benighted view of this clear Catholic vision, and her contrary position on so many issues important to Catholics, if she were the future of the Church, then God help us all. The Church as we know it would cease to exist.

Pope Francis: Even in times of dar...

When We Suffer, We Walk the Royal...