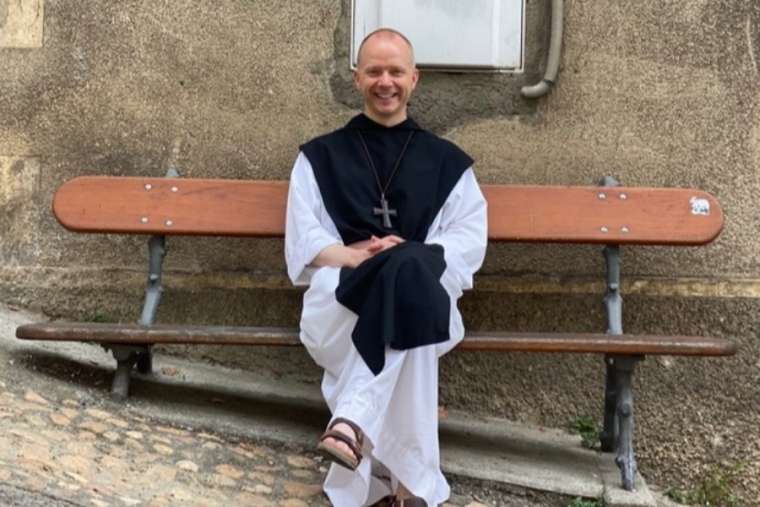 After 11 years, the Catholic Church in central Norway will have a bishop again.

Fr. Erik Varden, a Cistercian monk and spiritual writer, will be consecrated a bishop at the Cathedral of St. Olav in Trondheim on Saturday, Oct. 3.

Varden, 46, is also the first Norwegian-born bishop of Trondheim in modern times. His five predecessors were German.

The bishop-elect told CNA by email that he had “been warmly and kindly received. I now look forward to getting to know the faithful of the prelature in its length and breadth, for it covers a large area.”

The Territorial Prelature of Trondheim spans 21,806 miles and serves an estimated 15,000 Catholics. The explosive growth of the Church in Norway has been documented bylocal media.

“To speak of a ‘boom’ is perhaps somewhat tendentious, but it is certainly in a state of numeric growth, chiefly on account of immigration,” Varden said.

“Norwegian Catholicism is extraordinarily international and intercultural. It is a paradox, a beautiful paradox, that one encounters such catholicity in the extreme diaspora,” he noted. “It is a challenge for all of us to make this growth bear fruit in unity, charity, and sanctity.”

Varden was abbot of Mount St. Bernard Abbey in Leicestershire, England, from 2015 to 2019, where he oversaw the abbey’sfirst forayinto brewing beer in 2018.

Born to a Lutheran family in south Norway, Varden converted to Catholicism at the age of 19. He joined the Cistercian monastic community of the Strict Observance at the Englishabbey in 2002, and was ordained a priest in 2011.

After becoming a Trappist, he studied in Cambridge and Rome. He was also a professor of Syriac language, monastic history, and Christian anthropology at the Pontifical Atheneum of St. Anselm in Rome from 2011 to 2013.

His consecration as bishop takes place just over a year after he was appointed by Pope Francis in 2019. His consecration was delayed because he was in poor health in the first part of 2020.

Varden said “it is rare for Cistercians to become bishops, but it has happened at various times in the Church’s history; even here in Trondheim, there are several monks in the lineage of medieval bishops.”

Asked how he felt about being one of the world’s youngest bishops, he noted that it was “a relative condition! Time deals with it inexorably.”

St. Olav, the cathedral where Varden will be consecrated, is a new building. Constructedin 2016, it replaced a cathedral building in poor shape and too small for the number of local Catholics.

“It had become too small, since the number of people attending the Catholic Church in Trøndelag [county] and Norway is growing rapidly; with an annual growth of 15% in recent years,” Bishop Bernt Eidsvig of Oslo said at the time of the new cathedral’s opening.

Eidsvig has administered the Prelature of Trondheim since 2009, when the previous bishop retired.

A musician with expertise in Gregorian chant, Varden has also published books and articles on spirituality and monasticism. He told CNA that he was“profoundly convinced that the contemplative tradition has much to offer the Church as a whole.”

“One of the gravest threats in our current world order, so it seems to me, is a loss of perspective. This tendency affects Christians too,” he said.

“To be a contemplative is to strive valiantly to pass from what is partial to what is whole. St. Benedict speaks of the broadening of the heart that results if we really strive to follow Christ’s commandments — and towards the end of his life he saw, so Gregory the Great tells us, the whole world in a single ray of light. This high goal indicates a vital aspiration for all of us.”

The monk added that he was “struck, inspired and challenged by the Holy Father’s insistence on the joy of the Gospel.”

“This joy is not a superficial feeling, but an existential response to an immense, unmerited, ever-surprising gift,” he explained. “To be capable of such joy is to be aware of one’s poverty and need; it is to have a heart that is vulnerable and open, that longs for communion, for joy calls out to be shared, like a current that is passed on as depth calls out to depth.”

“What a wonderful vocation and task this is! And what a life-giving challenge to seek to build up the Church as the Body of Christ in such a way that, according to Christ’s desire, our joy ‘may be full’!” he said.