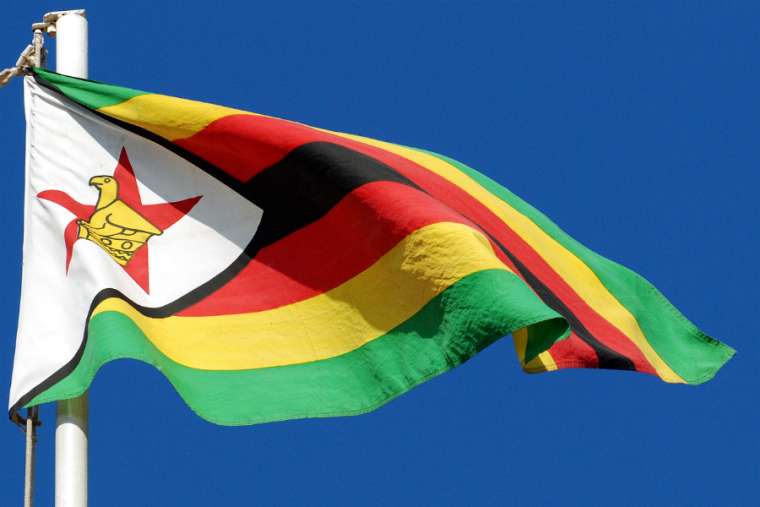 The Vatican’s representative in Zimbabwe met with a senior government official Wednesday amid tensions following a pastoral letter issued by the country’s bishops.

Monica Mutsvangwa, the Minister of Information, described Ndlovu as “an errant and evil bishop” in response to a letter issued by Zimbabwe’s bishops Aug. 14 accusing government forces of committing human rights abuses.

Rudellivisited NdlovuAug. 16 in what Vatican News, a service provided by the Holy See’s Dicastery for Communication, characterized as a “solidarity visit.”

Ziyambi Ziyambi, Zimbabwe’s Minister of Justice, said Aug. 19 that the bishops’ pastoral letter was “an outright insult” to the President Emmerson Mnangagwa and “decidedly unbecoming of an institution such as the Catholic Church.”

“Government is compelled to engage the Vatican in order to ascertain whether or not such statements reflect the official attitude of the Holy See towards Zimbabwe’s leadership or whether these are merely the views of the various individuals concerned,” Ziyambi said, according to Reuters.

Bishops throughout southern Africa have rallied behind Ndlovu.

“We want to express our deep regret and disappointment at the response from the Government of Zimbabwe, which, instead of dealing with the content of the pastoral letter, sought to attack our brothers, the bishops of Zimbabwe,” Bishop Lúcio Andrice Muandula wrote Aug. 20 in a statement on behalf of IMBISA, an association of bishops from Angola, Botswana, Eswatini, Lesotho, Mozambique, Namibia, South Africa, and other countries.

“The response of the government of Zimbabwe, unfortunately, also tries to selectively quote Pope Francis in the attack on the bishops.”

Zimbabwe’s bishops issued the pastoral letter after security services suppressed anti-government protests in the capital, Harare. The protesters had taken to the streets to demand an end to corruption and mismanagement, while the hashtag #ZimbabweanLivesMatter trended on social media.

In their pastoral letter, the bishops said that the heavy-handed response to the protests would deepen the crisis. They also highlighted “unresolved past hurts,” such as Gukurahundi, a series of massacres of the Ndebele people by the Zimbabwe National Army in the 1980s.

The bishops wrote: “The voices of various governments, the European Union, the African Union and the UN on the desperate situation in Zimbabwe not only confirmed the seriousness of human rights breaches by government agents but the need to rally behind #Zimbabweanlivesmatter.”

They added: “Fear runs down the spine of many of our people today. The crackdown on dissent is unprecedented. Is this the Zimbabwe we want?”

Inflation is running at more than 800% in the landlocked southern Africa country, which has a population of 14.4 million. The nation is also suffering from mass unemployment and shortages of food and medicine, as well as the coronavirus pandemic.

In 2017, Robert Mugabe was forced to step down as president of Zimbabwe after 37 years in power. He was succeeded by Emmerson Mnangagwa, who had served as Mugabe’s vice president.

Mnangagwa has blamed the current crisis on opposition politicians, accusing them of seeking to destabilize the country with foreign help.

“The bishops of Zimbabwe have only alerted the government of Zimbabwe to their role as true political leaders who protect all the people, especially the poor and marginalized,” Muandula said on behalf of fellow bishops in southern Africa.

“A society cannot be considered truly human when it neglects the poor and marginalized. Furthermore, the silencing of voices in society only leads to greater frustration and makes the situation even worse.”

Ukrainian Catholics in US provide...