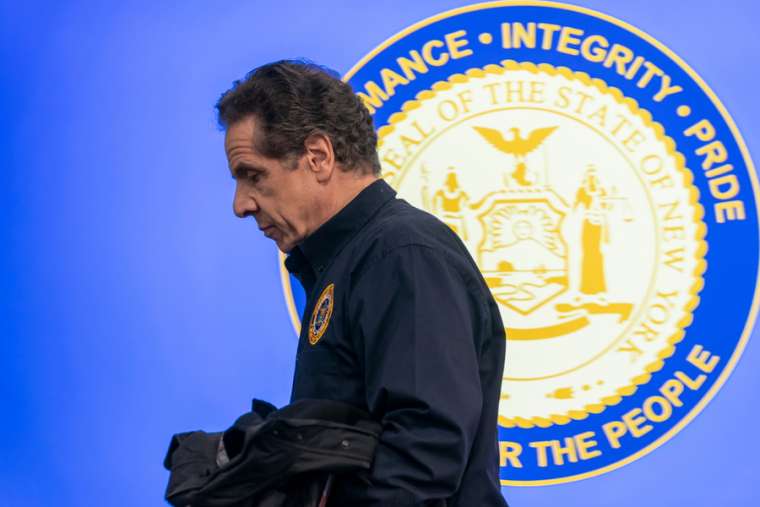 Official figures from New York state likely under-represent the real number of nursing home residents who died as a result of COVID-19, according to a new report on Tuesday.

In an August 12 report byAssociated Press, the New York statistics do not appear to tally either with regional patterns or with the current occupancy rates in nursing homes.

Geriatrics expert Thomas Perls told AP that the numbers given by New York do not make sense: “Whatever the cause, there is no way New York could be truly at 20%,” Perls said.

According to the AP report, there are 21,000 empty nursing home beds in New York state this year. That number is 13,000 higher than the expected vacancy rate.

While some of the “missing” nursing home patients were removed from nursing homes by concerned relatives, or died from other causes, the AP report suggests that it is likely some if not many of these “missing” patients died from COVID-19 but were not counted in state figures.

Even with the potential under-counting, New York’s reported number of nursing home deaths is already the highest in the country.

On March 25, Gov. Andrew Cuomo ordered that nursing homes accept residents who had previously been hospitalized with COVID-19, but who had not yet fully recovered. Approximately 6,300 COVID-19 patients were sent to nursing homes, which Cuomo has defended as an attempt to free up beds in hospitals.

Cuomo’s March 25 order stated that “no resident shall be denied re-admission or admission to the (nursing home) solely based” on their COVID-19 status. Over a month later, on April 29, nursing homes were given the go-ahead to deny COVID-19 patients if the residence did not think it was properly equipped to care for the patient.

The order was revoked on May 10. By that point, New York’s COVID-19 deaths had peaked and were on a steady decline.

In the weeks following, Cuomo has condemned questions of his handling of the nursing home situation and dismissed calls for an independent assessment as “all politics.”

By New York’s own metrics, the state ranks 35th nationally on percentage of COVID-19 deaths in nursing homes.

A total of 13 Maryknoll Sisters died from COVID-19, per the order’s Instagram page. According to obituaries posted on the order’s website, at least two of these sisters died in a hospital, meaning that their deaths would not be included in the nursing home tally.

Nationally, approximately 164,000 people in the United States have died during the COVID-19 pandemic.