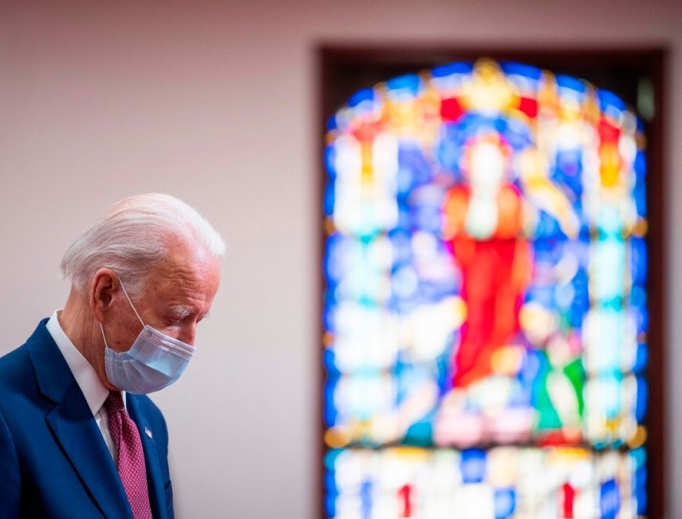 COMMENTARY: Giving the impression that politics trumps Church teaching sends a message about what Catholics should put first — a message Joe Biden and others have already taken to heart.

Harris, the first-term California senator, does not, she hasmade clear, believe there is a place for Catholics in public life if they oppose a woman’s “right to choose” to end an unborn life. On this score, her new political marriage with Joe Biden will not trouble her.

Biden entered his bid for the 2020 Democratic presidential nominee as the only leading candidate to support the federal government’s Hyde Amendment ban on the use of taxpayer dollars for abortions, except to save the life of the mother or in cases of rape or incest. Biden’sdramatic conversionon the campaign trail last June, from which he emerged as a champion of unfettered and unlimited abortion, was largelycementedby Harris a month later when she demanded Biden express “regret” for his past beliefs during a primary debate.

Having made the necessary act of contrition and profession of the pro-abortion faith, Biden is now in full communion with Harris and the party he leads.Communion and abortion will, no doubt, recur as an issue for Biden in the future. While the COVID-19 pandemic has made attending Mass less regular for all Catholics, he is bound to eventually present himself in church between now and November.

At a previous ecclesiastical stop on the campaign trail last year, a South Carolina priestdenied Biden Communionfor his public stance on abortion.

A predictable section of the media, both secular and Catholic, rushed to condemn the Charleston priest for “politicizing” the Eucharist and supposedly wielding Communion as a stick to beat the poor former VP.

Just as predictably, most commentators either mangled or ignored the clear teaching of the Catholic Church — and the standing policy in the local diocese — that those like Biden who “consistently support abortion on demand are cooperating with evil in a public manner” and “especially those running for or elected to public office are not to be admitted to Holy Communion.”

“Jesus ate with sinners!” they said, and will again. Indeed, he did. The Eucharist is not a reward for the righteous, they quote Pope Francis as saying, again correctly.

But, of course, neither is Communion just a symbol, a matter of “eating with” or a badge of belonging. It is — if you believe in what the Catholic Church teaches — the actual Body and Blood of Christ, and taking it while in a state of grave sin does onegrave spiritual harm. It is for this reason, among others, that priests should not admit politicians like Biden to Communion — not just as punishment, but to prevent them doing further harm to themselves.

But, of course, most of the people — in and out of the Church — who upbraid priests for denying Communion to politicians don’t really believe in the Eucharist.

Last year, atruly frightening pollshowed just how few Catholics in the U.S. actually believe what the Church teaches about its most important sacrament — but they didn’t come to this unbelief by themselves. It was instilled in them by a particular class of celebrity Catholics and Twitter clerics. Pope Francis’ field hospital Church, welcoming all but at the same time administering the unique medicine each patient needs, is not for them. For them, Mass is akin to a meal at McDonalds — all that matters is having it your way.

Many Catholic politicians are happy to be in the Church but outside the faith as it suits them. Catholicism, for them, is an aesthetic to be indulged or not as useful; a comfy, colorful, cultural pashmina to wrap themselves in when they want to preach about social justice, but to be discarded on more black-and-white moral issues like abortion.

Of course, for these politicians even the discarding of Catholicism is useful.

Until recently, Biden supported both the Hyde Amendment and the Mexico City Policy, which prevents taxpayer dollars from funding or promoting abortion internationally. There was even a time immediately afterRoe v. Wadethat hepublicly musedthat the 1973 Supreme Court decision “went too far.” Ditching those stances was, in part, how he showed Harris and his party he had “evolved.”

Heading into the final weeks of the election and looking to bank every liberal vote and campaign contribution available, being denied Communion is practically the best pro-abortion street cred there is — something not lost on many bishops.

Cardinal Timothy Dolanof New York has previously pointed out that many pro-abortion Catholic politicians, like New York Gov. Andrew Cuomo, are essentially hoping for the condemnation of the Church so they can present themselves as “proud to dissent” and “as a kind of martyr to the cause.”

It’s the politicians who are the ones playing politics with the sacraments, the thinking runs, and giving them the progressive merit badge of being condemned by the Church would be counterproductive.

But this studied stance by many bishops risks playing politics with the sacrament right along with the politicians. It can give the impression that even though it may endanger Biden’s soul to receive the sacrament while professing views that place him outside a state of grace, that’s his problem not theirs. It does not project a clear message of pastoral concern for Biden, the sacrament or the wider community.

Of course, it is understandable that many bishops want to shy away from publicly confronting politicians about their faith. But while many say they have privately told them to refrain from presenting themselves to Communion, it seems to have had little effect.

Meanwhile, giving the impression that politics trumps Church teaching sends a message about what Catholics should put first — a message Joe Biden and others have already taken to heart.

Which Catholic Bible Translation i...