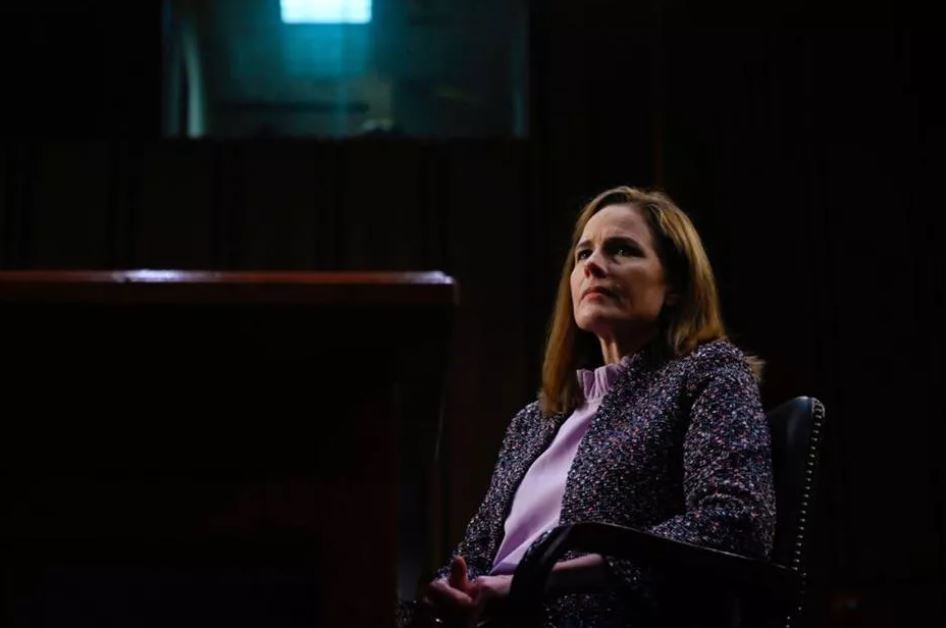 Sen. Chris Coons set the tone for the day by asking Barrett if she agreed with Justice Antonin Scalia’s opinion that Griswold v. Connecticut was “wrongly decided.”

Senators continued to question Supreme Court nominee Seventh Circuit Court of Appeals Judge Amy Coney Barrett on an array of topics Wednesday, including contraception and abortion. During questioning Tuesday in which Judge Barrett, a Catholic mom of seven and former Notre Dame law professor, repeatedly emphasized that she could not answer questions about whetherRoe v. Wadewas correctly decided due to the “Ginsburg Rule” that there should be “no hints, no previews, no forecasts” into future rulings, which is a standard practice for judicial nominees.

On Wednesday, Barrett was repeatedly questioned about the 1965Griswold v. Connecticutdecision in which the Supreme Court overturned a ban on couples purchasing contraception. The case found the ban to be unconstitutional due to a right to privacy that the case viewed as part of the Bill of Rights, reasoning similar to that of the 1973 Roe v. Wade decision legalizing abortion.

The senators stressed throughout questioning that they were seeking Barrett’s legal perspective and not her personal or religious views. Barrett is a devout Catholic, and Church teachingholdsthat “‘every action which, whether in anticipation of the conjugal act, or in its accomplishment, or in the development of its natural consequences, proposes, whether as an end or as a means, to render procreation impossible’ is intrinsically evil.”

On Tuesday, Sen. Lindsey Graham, R-S.C., asked Barrett if she could “set aside whatever Catholic beliefs you have regarding any issue before you.” Barrett replied, “I can,” saying that she had to do this during her time as a Seventh Circuit appeals court judge and “if confirmed to the Supreme Court, I will do that still.”

Sen. Chris Coons, D-Del., began the line of questioning onGriswoldWednesday by asking Barrett if she agreed with the late Justice Antonin Scalia thatGriswold v. Connecticutwas “wrongly decided and thus states should be able to make it illegal to use contraceptives if they so chose?”

“I think it’s an academic question that wouldn’t arise,” Barrett replied, “but it’s something that I can’t opine on particularly because it does lie at the base of substantive due process doctrine which is something that continues to be litigated in courts today.”

She said that “it seems unthinkable that any legislature would pass such a law” banning the purchase or use contraception. “I think the only reason that it’s even worth asking that question is to lay a predicate for whether Roe was rightly decided.” She emphasized that she thought “Griswoldis very, very, very, very, very, very unlikely to go anywhere.”

“Your predecessors talked aboutGriswoldin detail,” Sen. Coons said. “In fact, Justice Kagan… said ‘I do’ that she’s willing to speak to it and ‘as every nominee has, I do support the result inGriswold.’”

Sen. Richard Blumenthal, D-Conn., also asked Barrett if she believedGriswoldto be “correctly decided,” adding that she should “keep in mind how many people are listening and watching because they may take a message from what you say, they may see what you say and be deterred from using contraceptives or may feel the fear that it could be banned.”

“The position that I’ve taken is whether the question is easy or hard that I can’t offer an answer to it,” Barrett replied, “I would be surprised if people were afraid that birth control was about to be criminalized.”

Sen. Blumenthal then quoted Chief Justice John Roberts, retired Justice Anthony Kennedy, and Justice Clarence Thomas commenting on the reasoning in Griswold, concluding that he was “stunned that you’re not willing to say an unequivocal ‘yes, it was correctly decided, I would have been in the majority.’”

He then asked her if the 2003Lawrence v. Texasdecision, which invalidated sodomy laws, and the 2015Obergefell v. Hodgesruling legalizing same-sex marriage were correctly decided. “Again, I’ve said throughout the hearing, I can’t grade precedent,” Barrett said in reply. “I can’t give a yes or a no, and my declining to give an answer doesn’t suggest disagreement or an agreement.”

Sen. Joshua Hawley, R-Mo., asked Barrett “Are you aware of any active litigation challenging the constitutionality ofGriswold v. Connecticut?” and if there was any such challenge in recent decades. She replied that she wasn’t aware of any such challenge. Sen. Hawley then accused his colleagues of attributing to Barrett “the worst readings and most draconian misinterpretations of Justice Scalia.”

In 2017, Supreme Court Justice Neil Gorsuch had a similarly limited response when asked for his position onGriswold. He was alsopressedby Sen. Blumenthal on the issue and would only say thatGriswoldwas a Supreme Court precedent “settled for 50 years” and “there are reliance interests that are obvious. They have been reaffirmed many times. I do not see a realistic possibility that a state would pass a law attempting to undo that.”