Order of Malta to Press Ahead on Election of New Leader, Despite Pleas to Delay Meeting 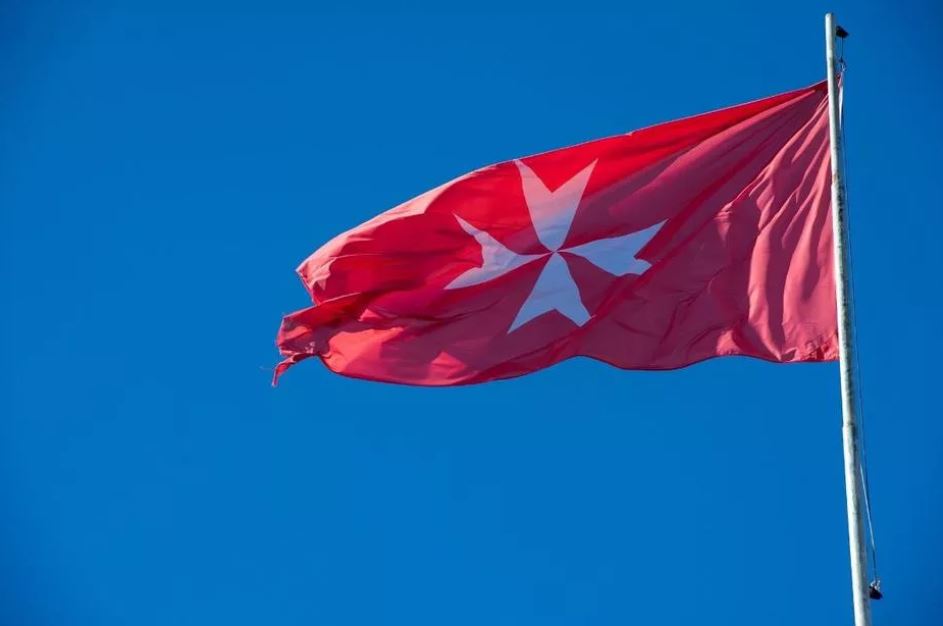 Order of Malta to Press Ahead on Election of New Leader, Despite Pleas to Delay Meeting

Some members have expressed fears that the election will pave the way for constitutional reform that would effectively secularize the order by lessening the powers of the professed knights.

ROME — The Knights of the Order of Malta will meet to elect a new leader this weekend despite protests from a former grand master and other professed knights who have been pushing for the election to be postponed.

In a Nov. 4 statement, the Order of Malta said the lieutenant ad interim had “convened the Council Complete of State for Nov. 7 and 8, 2020,” adding that “the most rigorous protocols will be applied in all the phases to avoid contagion from COVID-19.”

The Sovereign Military Order of Malta is a lay religious order headquartered in Rome that dates back to the First Crusade (1096-1099). Its mission is to defend the faith and care for the poor, the sick and the vulnerable, employing about 25,000 medical personnel and 80,000 volunteers worldwide. It is considered a sovereign subject under international law and has diplomatic relations with 106 countries.

But it also follows a Nov. 2 letter signed by former Grand Master Fra’ Matthew Festing and six other English professed knights who said they were prevented from traveling to Rome to participate in the meeting because of COVID restrictions. (England was placed under full lockdown for a month, starting Nov. 5.)

In the letter, addressed to both the new papal delegate of the order, Cardinal-designate Silvano Tomasi, and the grand commander, the signatories said other capitulars (high-ranking knights) were in a similar position.

In view of the “drastically reduced number” able to attend the meeting, they warned that the religious superior of the order “will be elected by a body where the overwhelming majority is made up of non-religious members.”

“Therefore we, the undersigned, humbly request that Your Eminence postpone the Council either until attendance in person is possible, or until the Order approves and sets up a means of holding an online or virtual Council,” they added.

Their letter followed a similar letter, sent by four other professed knights on Oct. 30 to Cardinal João Braz de Aviz, prefect of the Congregation for Institutes of Consecrated Life and Societies of Apostolic Life, also asking for the meeting to be postponed, given the “gravity of the matter” to be discussed and the difficulty in attending.

The background to their concerns is that the election will pave the way for constitutional reform that would effectively secularize the order by lessening the powers of the professed knights. Twenty-five of them openly protested such reforms on Oct. 16, telling the order’s leadership that such reforms would change the character of the 900-year-old religious order and turn it into a secular institution. Such reform, they argue, would also include making the grand master, a position that can only be held by a professed knight, a mere figurehead, while real power would pass to the grand chancellor.

The position of grand chancellor is currently held by Albrecht Freiherr von Boeselager, who is not a professed knight, who takes a vow of celibacy, but a married man. For a number of years, sources within the order have alleged that Boeselager has wanted to hold an extraordinary general chapter to implement such reforms by updating the order’s constitution and code.

Festing forced Boeselager to resign in 2016 for insubordination over his role in the distribution of hundreds of thousands of contraceptives by the order’s humanitarian arm, Malteser International, as well as questions relating to his handling of a multimillion-dollar bequest held in a Swiss trust fund — allegations he strenuously denied.

Boeselager appealed to the Vatican, and, in a breach of the order’s sovereign status, Pope Francis later reinstated him after a commission of inquiry — set up by Boeselager’s supporter Cardinal Pietro Parolin, the Vatican secretary of state, and including then-Archbishop Tomasi — ruled in Boeselager’s favor.

Professed knights’ suspicions that such reforms would be pushed through without consultation grew when, on the day of Dalla Torre’s death in April, the order’s government rushed out a document summoning a general chapter, which would enact the proposed constitutional reform. The decree to hold the meeting appeared to have been signed by Dalla Torre on his deathbed, although whether he actually signed it was disputed.

After an intervention by the presidents of four national associations in North America earlier this year, the former papal delegate to the order, Cardinal Angelo Becciu, quashed the decree and ruled that the general chapter could be summoned only by the new head of the order, whose election was set for this November.

But now, with the appointment last week of Boeselager ally Archbishop Tomasi as papal delegate and an unwillingness to postpone the meeting, the professed knights believe that a “coup” is effectively being staged to elect a grand master sympathetic to the reformist vision of Boeselager.

Adding to their suspicions is the role of Cardinal Parolin in Archbishop Tomasi’s appointment. Authoritative sources have confirmed to the Register that the Vatican’s secretary of state twice lobbied the Pope for Archbishop Tomasi to be chosen, partly to block the possibility of Cardinal George Pell — someone who would be more sympathetic to the professed knights’ position — becoming papal delegate.

The resistance to these maneuvers on the part of the professed knights “reflects widespread unease that the grand chancellor and his circle are forcing through their program without consultation and without regard for the order’s traditional vocation,” a knight who requested anonymity told the Register.

“The Order of Malta has had to swallow a failed attempt to hold a reforming chapter general on the basis of a dubious decree by the deceased grand master, and it is now facing the prospect of its new head being elected by a small rump of the delegates supposed to be representing the worldwide knights,” he added. “Some senior members are wondering what will remain of the order’s credibility after two such errors of judgment from its inner circle.”

Fra’ Richard Berkley-Matthews, an English professed knight, underlined the importance of the religious vocation of the order’s members.

“It may seem a pedantic point, but is in fact an important one, that the order has one charism — defense of the faith and service of Our Lord’s poor and the sick — not two,” he said.

Berkley-Matthews stressed that seeing them as two charisms separate from one another “lies at the heart of the misunderstanding about the order and the roles of all of us within it” and “contributes considerably to the creation of tension between our religious and hospitaller [humanitarian] activities.”

“I believe this way of life, unique to our order, is worth fighting to preserve,” he said.

Cardinal-designate Tomasi did not respond to questions from the Register about concerns over the upcoming meeting. But Order of Malta spokesman Eugenio Ajroldi told the Register Nov. 4 that 44 of the 56 people with a right to vote will attend the council of state meeting, adding that “most of the 12 people who are not participating are doing so for reason of age or health and not for COVID-19.”

According to the order’s constitution, no quorum (minimum of participants) is necessary, Ajroldi said, adding that to postpone the election would be “contrary to our constitution,” as the interim lieutenant’s tenure and powers are limited. He said delaying the election would therefore “expose the order to serious management difficulties.” Ajroldi further added that the election could not be held online, as the constitution states that the Council of State’s meetings must be held in person.

As to fears the order was facing secularizing reforms that could turn it into a mere nongovernmental organization (NGO), the order’s spokesman said “no one” in the order has “ever proposed” such a reform, or that such reform would lead it to “lose the characteristics of a religious order.”

“Quite the contrary,” he said. “The main objective of the reform is to lead the life of our religious to a more structured commitment in the life of the order, which is more in line with the religious vows they make, strengthening its spirituality.”

“Obviously, the person who will be elected to head the Order of Malta will always be one of our religious,” Ajroldi concluded. “To think, then, that the Holy See could allow a transformation of the Order of Malta into an NGO is simply insane.”

Searches carried out on key figure...