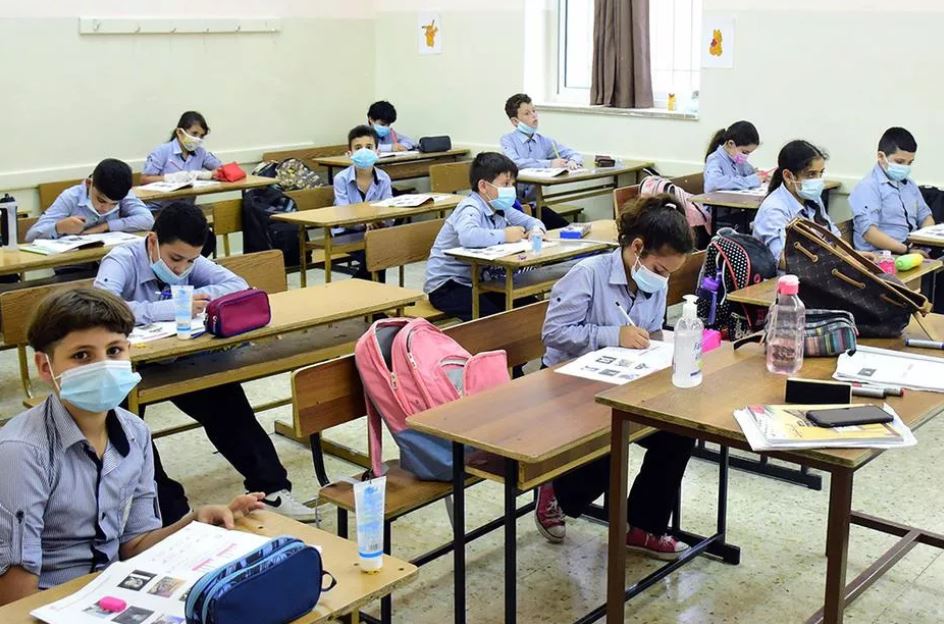 Since May 2020, the men and women of the Equestrian Order of the Holy Sepulchre have been sending financial contributions to support Holy Land Christians suffering from the current health and economic crises.

As many countries are still struggling to find a way out of the coronavirus epidemic, some populations are already facing its heavy economic and social consequences, including countless families in the Holy Land, many of whom depend entirely on tourism and pilgrimages.

The alarm was publicly sounded by the Apostolic Administrator of the Latin Patriarchate of Jerusalem, Archbishop Pierbattista Pizzaballa, in a July 8interviewwith the Holy See’s daily newspaperL’Osservatore Romano. While recalling that pilgrimages are at a standstill there because of the worldwide travel restrictions, the archbishop claimed that thousands of families are currently unemployed — especially in the West Bank and Jordan, the poorest areas of the region. These dramatic consequences of the economic shutdown are further complicating the alreadyhighly sensitivesocial and political climate in the Holy Land.

The families’ most urgent needs arising from this new crisis were, however, promptly addressed by the Knights and Dames of theEquestrian Order of the Holy Sepulchrewho contributed in great numbers to the special COVID-19 Humanitarian Support Fund launched by Cardinal Fernando Filoni, grand master of the Order, in May. In the space of a summer, about $3.5 million was raised in the various lieutenancies around the world and sent to the Latin Patriarchate of Jerusalem.

In a Sept. 17press release, the Order’s communication office stated that the aid offered support to more than 2,400 families of the Holy Land in more than 30 parishes for their basic needs. The aid provided, among other things, food vouchers, medicine and baby supplies. Another 2,400 Jordanian and Palestinian families received subsidies for their tuition fees.

The communiqué also specified that local parish priests and parish councils, together with the local authorities, would play a central role in ensuring a fair distribution of resources.

“The response to Cardinal Filoni’s call has been extraordinarily generous, especially in the European and American lieutenancies, which were also dramatically hit by the coronavirus crisis,” Ambassador Leonardo Visconti di Modrone, governor general of the Order of the Holy Sepulchre, told the Register. He highlighted that this aid was added and didn’t replace the Order’s usual financial contributions to the Catholic schools and charities in the Land of Christ.

The Order had already activated a $650,000 humanitarian fund for the Patriarchate of Jerusalem in January, shortly before the pandemic hit the Holy Land.

“This amount was no longer sufficient given the current circumstances; in the Holy Land, all the difficulties were accentuated, even because our schools are scattered over the territory and distance learning involved costs that families could not afford, not to mention medical aspects,” Visconti di Modrone said.

In his view, the success of this operation and the surge of generosity from the Order’s members amid this painful period attest to the proper functioning of their institution and the members’ faithfulness to the Order’s founding principle — to keep the Christian presence in the Holy Land alive.

“This fundraising exceeded my expectations; I honestly didn’t think we could reach such a level at a time of such suffering for all the lieutenancies,” he said. “Our knights and dames vibrantly exercised the duty of charity implied by our order’s mandate.”

A complete report on the COVID-19 Humanitarian Support Fund was presented during a meeting of the Order’s Grand Magisterium with the lieutenancies on Oct. 2.

Kamala Harris and her pro-abortion...