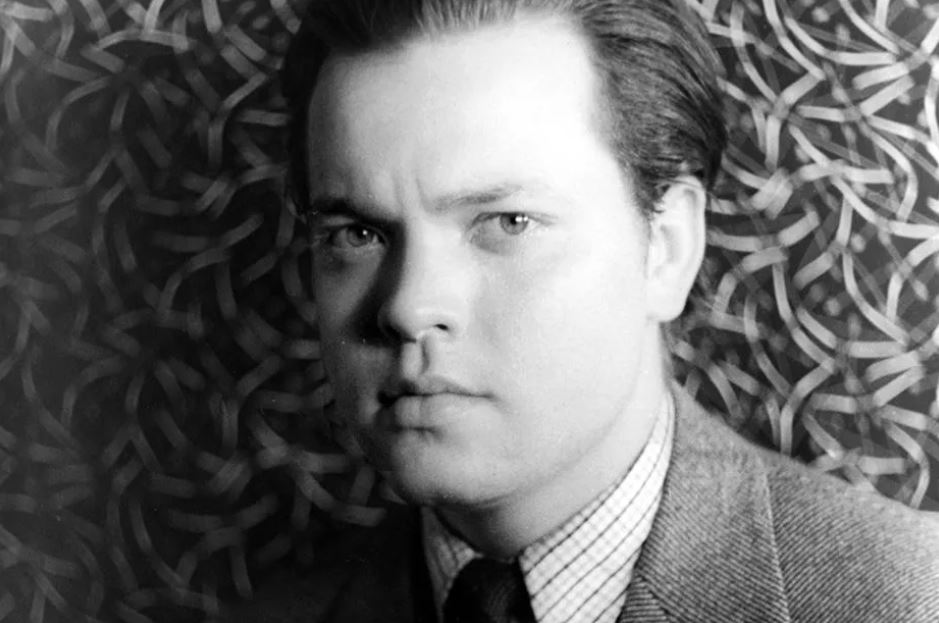 “Our songs will all be silenced, but what of it? Go on singing.”

Often hailed as one of the greatest filmmakers that ever lived, Orson Welles is also one of the most frustrating.

How someone so supremely talented could have produced such a slim body of work while seemingly squandering so much of his genius on a never-ending stream of half-finished and at times half-baked projects remains a mystery.

By the time of his death in 1985, for many, Welles was better known as a television talk-show guest rather than as a filmmaker, largely on account of his becoming that newer medium’s favoritebon vivantand raconteur. However, this 1970s Falstaffian persona belied the “Prince Hal” of 1930s, when, with his legendary Mercury Theatre Company, Welles was the crown prince of the radio airwaves. The 1940s were to prove no less imperial for Welles for he received the Hollywood “crown” following the release ofCitizen Kane(1941).

Seven years later, in 1948, Welles wore a different crown again when he produced, directed and starred inMacbethfor Republic Pictures. Shakespeare obsessed Welles. He would adapt Shakespeare for radio, stage and film, often reinventing the same play several times for different media. Such was the case withMacbeth.A Haitian Voodoo version of this play was to be his 1936 Broadway debut. Ten years later, however, Welles had set to work on a very different version of “the Scottish play.”

In just 23 days Welles shotMacbeth.Lack of money meant that the film was made on sound stages, heightening the play’s claustrophobic darkness and despair. Welles’ version ofMacbethmay have been set in medieval Scotland but the look and feel cinematically of this production is that of the then-fashionablefilm noirgenre.

As so often with Welles in Hollywood, onceMacbethwas completed there followed the inevitable and bitter wrangling with studio executives. Mainly known for popular B movies, Republic Pictures hated Welles’Macbeth. Studio executives were bewildered by the Scottish accents affected by the largely American cast. They demanded that the film be dubbed, edited and cut. This must have pained Welles all the more as these artistic demands and dismissals came just as Laurence Olivier was set to win an Oscar for his Hollywood version ofHamlet.

One of the recurrent complaints of Welles was how his work was never fully appreciated by the studios for which he worked. As a result, he claimed that his films’ final cuts were often edited — badly — without his permission.Macbeth’s fate was to be no different. A whole 20 minutes was excised from the finished film, including a 10-minute tracking shot Welles had devised following Duncan’s murder. The resultant cinematic confusion strangled Welles’ masterpiece at birth, with the studio’s edited version proving a commercial failure upon release.

Be that as it may, on screen, in that final version, the play’s central theme of the supernatural is still fully present. Borrowing no doubt from his Voodoo-themedMacbeth, the Witches create a doll of Macbeth that becomes a running motif throughout the film. The doll emerges from a cauldron as their divination is announced and is later decapitated when Macbeth comes to his end via the sword of Macduff. In Jeanette Nolan’s performance as Lady Macbeth we see her chilling communing with evil, but also witness where that force drives her actions and desires, and ultimately her soul. Likewise, as Macbeth becomes ever more dependent upon the power inherent in the Witches’ predictions, his pronunciation of his servant Seyton’s name sounds increasingly as if he is calling out to ‘Satan.’

With murder and madness being the consequences, thisMacbethbecomes a warning against dabbling in the occult. Perhaps that was to be expected, given the source material. Yet in this film version, just before the murder of Duncan, we hear something that is not in the original text — namely, the recitation of night prayers by Macbeth’s household at the point when the priest leads all assembled in the prayer to St. Michael the Archangel. This is one of the few times in the history of film that this powerful invocation against demons is heard. Given what follows next and the evil driving it, never has it seemed more appropriate.

Macbethwas Welles’ last Hollywood film. He would spend many of his subsequent years as an increasingly pathetic figure, scrounging funds from ever-more shady European financiers.

In 1974 Welles made a swan song of sorts.F for Fakeis a documentary purporting to be about forgers and the art of forgery, but the film is just as much an artifice as its subject matter. Ostensibly about illusions and our willingness to believe,F for Fakeis really about its director. In the midst of the visual trickery, there is a poignant meditation voiced by Welles on the ancient beauty of Chartres Cathedral and the transitory nature of all things:

The premier work of man perhaps in the whole western world and it’s without a signature: Chartres.

A celebration to God’s glory and the dignity of man. … You know it might be just this one anonymous glory of all things, this rich stone forest, this epic chant, this gaiety, this grand choiring shout of affirmation, which we choose when all our cities are dust, to stand intact, to mark where we have been, to testify to what we had it in us, to accomplish.

Our works in stone, in paint, in print, are spared, some of them, for a few decades or a millennium or two, but everything must finally fall in war, or wear away into the ultimate and universal ash — the triumphs, the frauds, the treasures and the fakes. A fact of life: we’re going to die. ‘Be of good heart,’ cry the dead artists out of the living past. ‘Our songs will all be silenced, but what of it? Go on singing.’

Maybe a man’s name doesn’t matter all that much.

Perhaps, unknowingly, in that meditation Welles was also pondering the highs and lows of his own career and, indeed, his mortality.

Why Carlo Acutis Is Important Toda...