Our Lady and the Conversion of Muslims 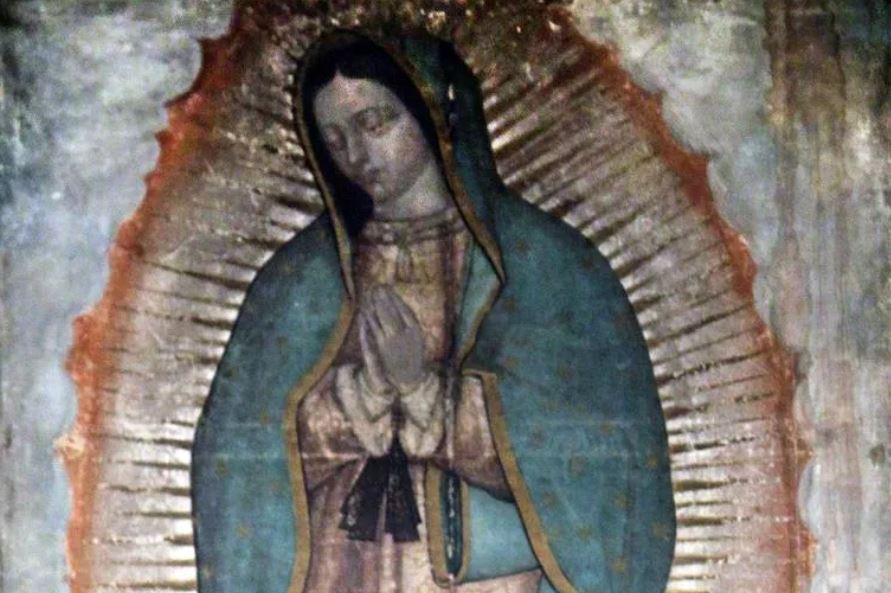 Our Lady and the Conversion of Muslims

Our Lady protects us by perpetually praying for us with the urgency of a mother, with a love so ferocious that it causes the hounds of hell to whimper.

I was praying in a New York apartment on an afternoon during the spring of 2008. I’d been baptized at a non-denominational church less than a year before that, and had been in a financial strain for most of that time since. It was a grace to learn, early on, that much of what Prosperity Gospel books and hokey Christian films taught about the “abundant” Christian journey wasn’t all that accurate. But learning it didn’t feel much like grace at the time. My situation was becoming rather desperate, driving me to pray a lot. It was during a silent prayer that I saw something, much like a dream, though I hadn’t fallen asleep:

Three fierce dogs, leashed back by chains, were barking and snarling, standing on their hind legs in their eagerness to pounce upon the globe that was before them. The chains snapped. The dogs trampled across the world. A dark overcast followed their trails and nearly enveloped our entire world.

There was a harmless-looking woman, stunningly beautiful, who was standing on the eastern edge of the globe, facing the dogs. She was wearing a white robe and holding a candle before her breast. A glow surrounded her entire being. She calmly began walking westward on the globe. The hounds, still barking and snarling, charged right at her. She didn’t even flinch. The dogs ran into her and whimpered the very moment their snouts touched her body. They evaporated into clouds of dust.

A procession of men and women, all dressed in white robes, all holding candles of their own, began to appear behind the woman. They followed her on the westward march, while chanting. The dark overcast rolled back wherever the procession marched. The world was becoming bright again.

I snapped out of it. For the record, I am not some holy person to whom this kind of thing often happens.

“Who was that woman?” I had wondered to myself. It took several years for the answer to become very obvious to me, because I wasn’t yet a Catholic.

Our dependence on Mary is greater than we can imagine. We receive all graces, absolutely all of them, from God through the Immaculate, who is our universal mediatrix with Jesus. —St. Maximilian Kolbe

As a new Christian it didn’t take very long for me to figure out that we Evangelicals, who were happy to say honorable things about the Virgin Mary, didn’t venerate her as Catholics tended to. Many of my fellow Christians even mistook veneration for the worship of Mary. Over the course of some years I began to see a beauty in it which caused me to wonder whether those Catholics, who appealed to the Mother of God as though she were their very own mother, understood territories that we Evangelicals didn’t dare venture to.

As a former Muslim, I never grew up with that “Catholics aren’t really Christian” teaching which a fair number of my Evangelical friends were familiar with — in fact, such teaching would sound ridiculous to most Muslims — and so I had no qualms with admiring historical Christian figures who happened to be Catholic. St. Maximilian Kolbe, whom I’d admired even before I’d ever become a Christian, had made his devotion to Mary resoundingly clear. The same also went for some other Christian figures whom I grew to admire in the years following my baptism, such as Pope John Paul II and Mother Theresa.

As a brand-spanking-new Christian, much of my independent reading about faith had been focused on bare basics of Christianity. Over the course of some years, my fascinations had advanced to more detailed topics, and Marian apparitions (which I knew nothing about while I was a Muslim) had become one such topic.

Eventually, after enough gentle nudging, I did what I had to: I was confirmed in the Catholic Church in 2012. And today, I’m a former Muslim who prays the full Rosary each day.

The love of God is reflected in the soul of the just, as the light of the sun is magnified by a mirror. So Mary’s Son is the Sun; for she is the moon. —Archbishop Fulton Sheen

I remain as fascinated with Marian apparitions today as I was during the year leading up to my first RCIA class. I’m convinced that if more people only knew about these miraculous events, and knew just what it took for any such sites to gain approval by the Vatican, that conversions to the Church would skyrocket. It’s very impressive what our eyes and ears will miss with conditioning.

Many of the proudest, and most insane, among us have a messiah complex. But some of the humblest, and sanest, among us have had the privilege of actually meeting the Queen of Heaven. Lourdes, the Miraculous Medal, Fatima and so many other similar events are reminders of this.

What role will Marian apparitions have in the conversion of Muslims?

Archbishop Fulton Sheen predicted, in The World’s First Love, that Our Lady of Fatima will have a special role in the conversion of Muslims to the Faith, and pointed out that the name Fatima has much significance among Muslims. Growing up, I had heard that Muhammad had a daughter named Fatima. I’d even met a few Muslim women named Fatima. But I was raised as a Sunni Muslim (as approximately 85-90% of all Muslims are), and so the name Fatima didn’t have the same significance for me as it would for a Shia Muslim; something that Archbishop Sheen may, understandably, not have realized.

The Sunni-Shia split was cemented after the Battle of Karbala in the late 7th century, the cause of which was a power dispute. The Shia camp had maintained that the proper successors to lead the Ummah (worldwide Muslim community) were the Imams who were direct descendants of Muhammad, whereas the Sunni camp supported the politically powerful office of the caliph.

The battle resulted in the Shia camp’s defeat, and the deaths of a couple of Muhammad’s grandsons. This event is mourned each year by Shia Muslims on the Day of Ashura, the 10th day of the month of Muharram in the Islamic lunar calendar, with mourning that includes many cases of public self-flagellation across the Muslim world (a wild sight which I once got to witness in my mother’s native Pakistan in 2005). Fatima (who, according to Shia tradition, died following a raid led by a future Caliph shortly after Muhammad’s death) was the mother of those fallen grandsons (“Mother of the Sons” as she is often referred to), giving her name tremendous significance among Shia Muslims.

But if I, as a Sunni who’d been taught to lionize several of those Caliphs whom Shias accuse of having performed a coup, had been asked to recite the names of Islam’s most significant women, I more likely would’ve answered Khadija (Muhammad’s elder wife during the years he remained monogamous, and the mother of Fatima), or Aisha (one of Muhammad’s much younger wives after he had become polygamous, and the daughter of a Caliph whom Shias dispute the legitimacy of). I could also have named Mariam (Mary, that is), as she is the only woman who is mentioned by name in the Quran.

I’m a former Muslim who is very much fascinated by the miraculous events surrounding Our Lady of Fatima, and do pray that she will help to bring many Muslims to the Faith. But I am also far more captivated by yet another apparition.

Our Lady of Guadalupe is the Marian apparition which, far and away, grabs my attention the most. Ever since a friend of mine had taken a pilgrimage there, in 2015, I’ve kept the intention of one day visiting the basilica in Mexico City, and gazing upon that image of Our Lady which was presented to St. Juan Diego with my very own eyes.

During my own trials of doubt (they do happen from time to time), the thought of that preserved image of Our Lady on materials which supposedly should have dissolved centuries ago, a fact which is beyond any scientific explanation, is one of the proofs I’ve been able to recall so that I could ask myself: “Well then, how do you explain that one?”

If a Muslim inquirer were ever to approach me and ask that I explain just one Marian apparition to him or her, Our Lady of Guadalupe would be that one. And I’d be sure to point out to such an inquirer that the image of Our Lady of Guadalupe is that of the Virgin Mary standing on top of something: a crescent moon.

O Mary! Behold Allah has chosen you, and made you pure, and exalted you above all the women of the worlds. —from the Quran (Surah 3 verse 142)

I will most certainly pray for the conversion of Muslims on May 13. I pray for this just as urgently on Dec. 12. I suspect that a feat as historically difficult as the conversion of Muslims (who have a tendency to be under enormous social pressure to remain Muslim) will not so much be the result of a single miraculous event, as by the sum of many miraculous events. Our Lady protects us, not by having said a single prayer on our behalf, but by perpetually praying for us with the urgency of a mother, with a love so ferocious that it causes the hounds of hell to whimper.

Have a blessed feast!

The Christmas We Keep

Is Christmas simply a re-imagining...