Our Victory is in Christ, Who Never Fails 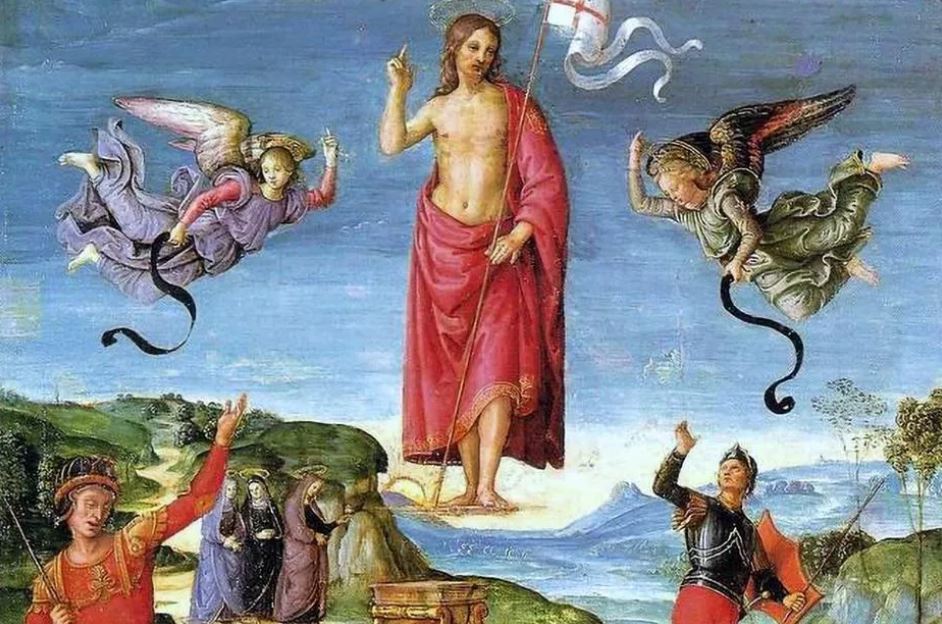 Our Victory is in Christ, Who Never Fails

Christians should be joyful and never forget Christ’s mercy and his promises.

Recently, I received a personal email stating that the culture was lost because of reverses in the legal and popular culture. That is one way to look at it: Pixar had its first short with a gay couple as the leads; Dreamworks’ She-Ra reboot ends with the female leads kissing and living happily ever after. Rod Dreher’s 2017The Benedict Optionsaid that theObergefellruling of 2015 was a singular defeat for conservatives, and he certainly wasn’t alone.

With statues being torn down, riots, marriage and church attendance declining before COVID-19, one would be tempted to think that, yes, all is lost. Game over!

This defeatist attitude, rooted in fear, is deleterious to the faith. Numerous times throughout history there have been attempts at isolated, “pure” communities, only for them to collapse. It is a “shelter in place” spirituality that sees the outside world as the ultimate threat. Even if Christians don’t flee, they often still have this “bunker mentality,” which sees society as dangerous. It assumes that if Christianity isn’t dead, it’s at least in its final throes.

Christianity has been pronounced dead, even by Christians. Superficially, it looks as if Christianity and the Church are on their way to being defunct. According toThe Benedict Option, Christianity’s collapse began all the way back in the 14th century — long before things like the Protestant Reformation, the decline of mainline denominations and theObergefellruling. Anthony S. Layne, in hisCatholic Standblog post “Liberalism and the end of American Christianity,” argues that Christianity has been losing over the past five centuries. What an epic losing streak!

However, I would argue that despite all the seeming losses, the so-called “culture war” has been won. Evidence makes it possible to proclaim: “Mission Accomplished.” Our problem is not that we have lost. The problem is that fear blinds us to our victory.

Walking upon the water, Jesus says (Matthew 14:27), “Take heart, it is I; have no fear.” When he calms the storm, he tells the Apostles (Mark 4:40), “Why are you afraid? Have you no faith?” Luke’s Gospel begins with the Archangel Gabriel telling Our Lady (Luke 1:30), “Do not be afraid, Mary, for you have found favor with God.” The angels proclaim to the shepherds (Luke 2:10-12), “Do not be afraid; for behold, I bring you good news of a great joy which will come to all people; for to you born this day in the city of David a Savior, who is Christ the Lord.” In all these examples, the Lord and his angels announce courage, which is the opposite of the fear that feeds the “we’ve lost the culture war” mentality.

The change in mentality is clear during the Lord’s Passion when the Apostles fearfully flee (Mark 14:50) and lock themselves in the Upper Room (John 20:19). In their sense of defeat, the Apostles engage in a “strategic withdrawal” from the outside world. They are resigned to their fate. But the Risen Lord comes to them, breathing the Holy Spirit upon them (John 20:19-23). When the Apostles return with Our Lady to the Upper Room, it is not out of terror (Acts 1:14), but for prayer and decision.

No longer afraid, the Holy Spirit empowers them to evangelize (Acts 1:4-42). And St. Peter, who had once denied Jesus, now preaches the Gospel despite persecution and ultimate martyrdom. This is a dramatic contrast to his fear when he walked upon the water with Jesus (Matthew 14:29-30). Fear was a major problem for St. Peter. By trusting Our Lord, he overcomes. He is no longer in a “strategic retreat” but followed Jesus though it cost his life. The Holy Spirit instills him with ultimate courage.

This courage comes from Christ’s Triumph. Despair is a human temptation; it can be the symptom of a pagan mindset. The Norse believed that at Ragnarok, deities like Odin and Thor would be destroyed. Buddhists and Hindus believe in endless cycles of creation and destruction. Everything is illusive and doomed. This is nihilistic, cynical thought. It is natural to believe that everything is failed; it is easy to have a catastrophic imagination. If all things are an illusion, why bother taking them seriously? Doom and gloom are the natural perspective of fallen man, who is physically and mentally wounded — and mortal.

But God sees beyond this. Before the glory of the Transfiguration, Jesus “began to show His disciples that he must go to Jerusalem and suffer many things from the elders and chief priests and scribes, and be killed, and on the third day be raised” (Matthew 16:21). St. Peter thinks this is a defeatist attitude, but Jesus rebukes him for being “not on the side of God, but of men” (Matthew 16:23). To the Apostles, the Passion looks like the ultimate failure. Except for St. John, the Apostles flee from the Crucifixion, as if their previous positive outlook was a mistake.

It was only after the Resurrection the Apostles understood that the Passion was part of a greater plan. As St. Peter preached in Jerusalem (Acts 2:32-33), “This Jesus God raised up, and of that we all are witnesses. Being therefore exalted at the right hand of God and having received from the Father the promise of the Holy Spirit, he has poured out this which you see and hear.”

Superficially, in daily life, it is difficult to see this victory. The losses seem to outweigh the gains.

But St. Augustine of Hippo wrote about this very thing when he addressed the Sack of Rome in “The City of God.” He did not see the barbarians as “triumphant” at all. The Roman Empire had lost, but the Visigoths were not winners. He argued that Christianity, far from destroying Rome, was responsible for its material and moral success. St. Augustine encouraged despairing Christians, telling them that through Christ they had won. In the “culture wars” of his time, St. Augustine gave hope.

Similarly, in this “culture war,” it is not a battle between opposing cultures, but between culture and barbarism. We can be consoled and confirmed by St. Augustine’s insights.

And we can overcome panic by heeding the parable of the wise and foolish virgins (Matthew 25:1-13). In this parable, Jesus tells his followers to be ready, rather than be afraid. He sees that preparation, and awareness of one’s situation, makes for clearer thinking than panic. Panic is an instinctive, blind fear. Jesus doesn’t want that for his people.

So, Our Lord prepared his Apostles for his suffering. At the Last Supper, he said (John 16:21-22), “When a woman is in travail she has sorrow, because her hour has come; but when she is delivered of the child, she no longer remembers the anguish, for joy that a child is born into the world. So you have sorrow now, but I will see you again and your hearts will rejoice, and no one will take your joy away from you.” It was the Day of Preparation that preceded Easter glory (John 19:31-37). Our Lady and St. John were ready for the sorrow of the Crucifixion; they did not flee in panic. They were prepared for Our Lord’s Passion, but also for his victory over sin and death.

Our victory is in Christ, who never fails. As St. Paul wrote (Romans 8:31), “If God is for us, who is against us?” So, our victory is assured; it is accomplished. We should be joyful. If we are morose, we should remember Christ’s mercy and his promises. He was trying to help us avoid cynicism and defeatism, so that we should remember his is the “Good News.” He gives the joy nobody can take away (John 16:22).