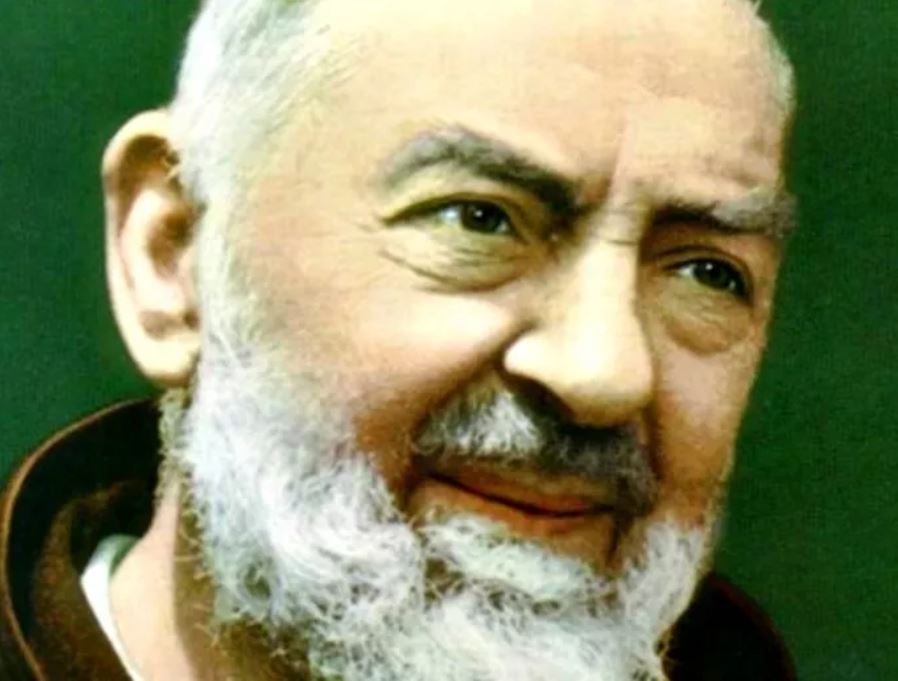 Padre Pio (1887 – 1968) was born on May 25, in Pietrelcina, Italy. He was baptised with the name of his brother, Francesco Forgione, who had died in early infancy. His parents were devout Catholics and raised Padre Pio and his siblings in a loving, faith-centred home.

The saint expressed his desire to dedicate his life to God as a friar from an early age. At the age of 15, he joined the Capuchin Friars novitiate, where he was given the name “Pio”, and at 23, was ordained a priest. In 1916, Padre Pio was assigned to the monastery at San Giovanni Rotondo, in the Gargano mountains, where he stayed until the end of his days. During World War I, Padre Pio offered himself to God as a victim for the end of the great war. Soon after that, on September 20, 1918, he received the stigmata (the five wounds of Christ). These were to heal only at the time of his death, 50 years later.

Besides the stigmata, the saint received many other supernatural gifts. He could read men’s hearts, knowing, while hearing confessions, whether the person had confessed all his mortal sins or not; he often bilocated and would help people in distant places while at the same time being present at his monastery. He also had visions of Our Lord, Our Lady, and could see and carry on conversations with his guardian angel.

Padre Pio spent his life doing good works for the faithful, who flocked from many different parts of the world to see this holy man, make their confessions to him, and seek his spiritual guidance. He performed many healing miracles, comforted the afflicted with his counsel, and brought joy and peace to those who became his spiritual children. Perhaps due to all the good accomplished, Padre Pio underwent many trials and persecutions throughout his life. The saint was often physically attacked by the devil and at other times was severely tempted by him. And some of his superiors doubted his integrity so that for several years he was forbidden to celebrate Mass publicly and hear confessions.

Padre Pio died on September 23, 1968, at the age of 81, after several years of suffering from deteriorating health.  More than 100,000 people attended his Requiem Mass.