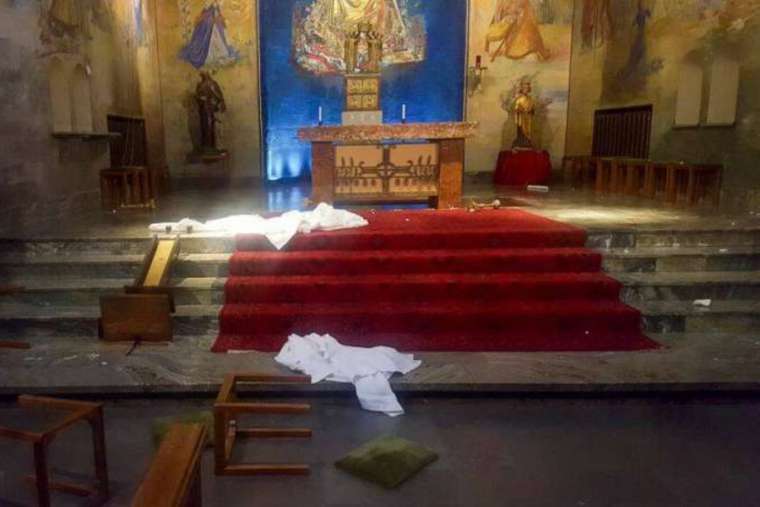 Fr. Tobias Unnerstål arrived at his church to find that the pulpit had been overturned and the altar completely stripped. Hymnals were cleared from the shelves and chairs had been thrown off the sanctuary. A wreath and plaque with a commemoration of those who died this year was also vandalized.

“I wonder if the culprit knows much about Christian symbolism. Because what has been done is very specific,” Fr. Unnerstål told ACI Stampa, CNA’s Italian language news partner.

“We ourselves remove everything from the altar once a year and it is before Good Friday. It is as if he wanted to create an eternal Good Friday, the worst thing you can imagine for a believer,” he said.

Unnerstål reported the vandalism to the police, but no perpetrators have been identified.

The priest said that the local community responded by offering support.

“I got a lot of phone calls, emails, and text messages after this,” he said.

“What made me particularly happy was that so many also said that they will pray for that person. I have not seen any desire for revenge.”

Unnerstål said that he would not lock the church gate during weekends but instead was encouraging his parishioners to visit the church to pray throughout the week. The risk of vandalism decreases when people are present inside the church.

Cardinal Anders Arborelius, the first native Swede to be named a cardinal, responded to the vandalism “with pain and dismay,” according to the Diocese of Stockholm’s website. Arborelius said that he was praying “for the community in this difficult moment.”