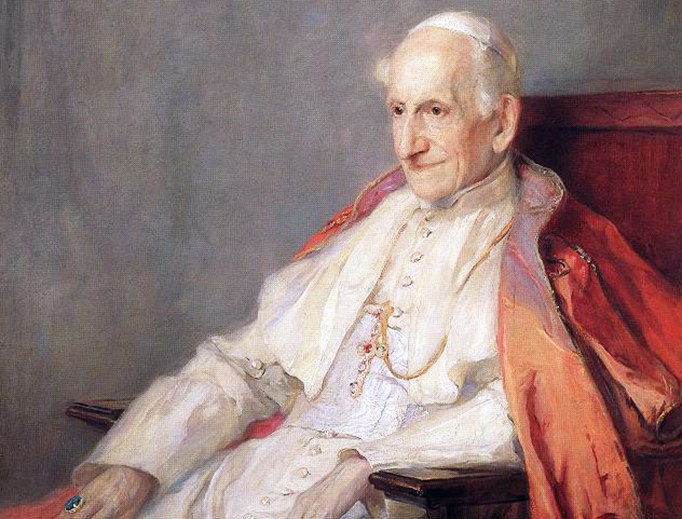 “To love both countries, that of earth below and that of heaven above … is the essential duty of Christians.” —Pope Leo XIII

Patriotism is no longer an uncontroversial virtue.

It was patriotism that helped bring people together in the dark days following 9/11. But now, after two decades of the Iraq War, financial crises and racial tensions brought to the surface, people’s confidence in our country is shaken. One can see it in the controversy over the popular Tony-winning musical “Hamilton.” Once praised and celebrated at the White House under President Obama, its creator Lin-Manuel Miranda is now apologizing on social media for being insufficiently “woke.”

In a sense, patriotism has always been an unpopular virtue. The 18th-century author, Samuel Johnson, famously said, “Patriotism is the last refuge of the scoundrel.” Patriotism has often been viewed with suspicion — as idolatry of one’s country, putting one’s trust in princes, and using it as a cover for oppression.

It was so, even in Jesus’ time, especially among Jews, who were oppressed by the Roman government. Jesus is questioned about paying taxes to Caesar (Mark 12:14-15), but he sees the hypocrisy of his questioners, leaving them amazed with the words “Render to Caesar the things that are Caesar’s, and to God the things that are God’s” (Mark 12:17). He did not see Caesar as a threat to his reign. He differentiates between Church and State without putting them into conflict.

During the turbulent time leading to the First World War, Pope Leo XIII wrote his encyclicalSapientiae Christianae(On Christians as Citizens), issued in January 1890. He stated, “If the natural law enjoins us to love devotedly and to love the country in which we had birth, and in which we were brought up, so that every citizen hesitates not to face death for his native land, very much more is the urgent duty of Christians to be ever quickened by like feelings toward the Church.”

Leo XIII writes of “natural love of our own country” and “supernatural love for the Church.” Taking the Lord as his guide, the Pope says ‘both/and’ to illustrate there shouldn’t be a problem with patriotism and faith.

But even the great apologist G.K. Chesterton was torn between his love for England and finding the truth in the Catholic Church. He wondered if his patriotism and Catholicism could be reconciled. After his conversion, he defended both his Catholic faith and his love of England. Chesterton wrote in theIllustrated London Newsin September 1908, “Tolstoy (in ‘Kreutzer Sonata’) is not content with pitying humanity for its pains: such as poverty and prisons. He also pities humanity for its pleasures, such as music and patriotism… He and all humanitarians pity the joys of man.” Chesterton saw patriotism as a natural joy for a healthy person. Patriotism finds joy in the everyday blessings of one’s country. The current tide of anti-patriotism is an iconoclastic grimness, taking sick pleasure in destruction.

Chesterton saw the growing climate of anti-patriotic sentiments, on the verge of the First World War and the Russian Revolution. Leo Tolstoy, in “Patriotism or Peace” (1896) wrote, “If Christianity really gives peace and we really want peace, patriotism is a survival from barbaric times, which must not only be not evoked and educated, as we now do, but which must be eradicated by all means of preaching, persuasion, contempt and ridicule.”

In “I cannot be silent” (1908) he wrote, “The time is fast approaching when to call a man a patriot will be the deepest insult you can offer him. Patriotism now means advocating plunder in the interest of the privileged classes.” These are the words of a 19th-century Russian aristocrat, though they eerily sound like something that could’ve been posted by the “woke” on social media today.

Today, we can read in the Catechism of the Catholic Church the discussion of patriotism in its treatment of the fourth commandment “Honor your father and mother” (2197-2257) and “Participation in Social Life” (1897-1927). Patriotism is part of living in the human community, from one’s family to one’s country. It is a form of familial love.

The Catechism states that authority comes from God, not from itself (CCC 1902). Furthermore, the Catechism states (CCC 2239), “The love and service of one’s country follow from the duty of gratitude and belong to the order of charity.” Patriotism is living the virtue of charity. This charity takes the form of being a good citizen, from ordinary actions like voting, or cleaning up city parks, to greater acts like serving in the military.

Patriotism does not mean a blind, unquestioning love of one’s country as faultless. Debunking the anti-American narratives of Howard Zinn and the 1619 Project does not mean leaving unsavory aspects of history like slavery and segregation unacknowledged. It does not mean portraying Christopher Columbus as a sinless saint and the Founding Fathers on par with the Fathers of Church. But neither does it mean self-loathing and a cynical hatred of one’s history.

Love of one’s country means desiring its good. InSapientiae, Leo XIII states unequivocally, “To love both countries, that of earth below and that of heaven above, yet in such a mode that the love of our heavenly surpass the love of our earthly home, and that human laws be never set above the divine law, is the essential duty of Christians.” Putting natural and divine law first puts secular citizenship in perspective. While patriotism enjoins respect for the president, belonging to the Church is a greater command. Christ is King of the Universe in that sense he is “#NotMyPresident.” He was not elected; he is Lord of lords. Blessed Miguel Pro said at his martyrdom, “Viva Cristo Rey” (“Long live Christ the King”) because he knew his president was outranked by his Lord.

The virtue of patriotism is opposed to an idealistic utopianism intent on destroying the past or sugarcoating it. Utopianism attempts to see the Kingdom of God in this world. When Our Lord stood before Pilate, he said (John 18:36), “My kingship is not of this world; if my kingship were of this world, my servants would fight.” Instead Our Lord humbly went to the Cross. It was his plan to lay down his life freely for the forgiveness of sins.

Furthermore, he tells Pilate (John 19:11), “You would have no power over me unless it had been given you from above.” Adoration of Christ as King of the Universe is entwined with love of our country. It is love of country, as opposed to the idolatry of government that is Statism.

Jesus wept for Jerusalem (Luke 19:41-44); it was a specific love for a specific place, not a vague “globalism.” Patriotism is rooted in gratitude. It is gratitude for the blessings we enjoy in our common home. Poet Katherine Lee Bates’ “America the Beautiful” sings thankfully for a land that has “amber waves of grain,” “purple mountains’ majesties” that goes “from sea to shining sea.” Patriotism is thankfulness for a specific home, a specific country.

Sadly, patriotism is on the decline. According to a June 2020 Gallup poll, patriotism has tended downward in the past six years. According to a FLAG (Foundation for Liberty and American Greatness)/YouGov poll in November 2018, 49% of young Americans believe America is racist, while 50% of them think it is not racist. Also, 46% of younger Americans believe that their country is more racist than others, and 19% of millennials think the American flag represents hatred and intolerance.

These are troubling numbers, because self-loathing is not a good building block for the future. It is time to reclaim patriotism as a virtue, love for our common home. As Leo XIII states inSapientiae, “We can, certainly, and should love ourselves, bear ourselves kindly to our fellow men, nourish affection for the State and the governing powers; but at the same time we can and must cherish toward the Church a feeling of filial piety, and love God with the deepest love of which we are capable.”

What It Means If OCP’s Angel Is Mo...