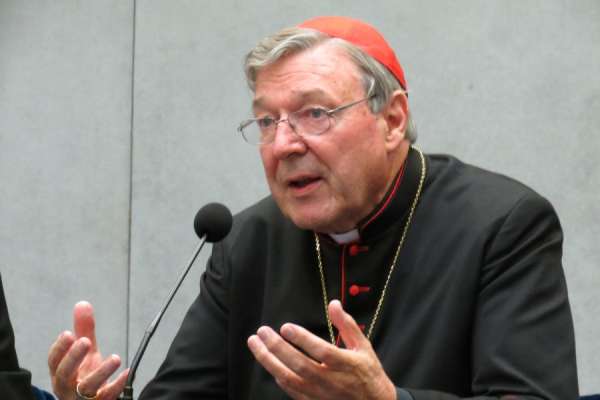 Speaking in an interview with Associated Press Monday, the cardinal, who led the Vatican’s Secretariat for the Economy from 2014-2017, said that he regretted that his efforts to bring tough mechanisms for financial transparency and accountability had been vindicated by the details of recent scandals.

Pell told AP that he knew, from the time Pope Francis put him in charge of a key part of his curial reform agenda, that the Vatican finances were “a bit of a mess.”

But, the cardinal said, he “never, never thought it would be as Technicolor as it proved.”

“I didn’t know that there was so much criminality involved,” Pell said.

Until 2017, Pell led an effort called for by Pope Francis to bring order and accountability to the Vatican’s finances, which have long lacked centralized procedures, controls, or oversight, claiming at one point to have discovered hundreds of millions of euros being kept “off books” from the ordinary Vatican accounts.

Pell’s reforming efforts met with institutional resistance from some curial officials and departments, most notably Cardinal Angelo Becciu, who at the time of Pell’s tenure at the Secretariat for the Economy, was sostituto of the Vatican’s Secretariat of State. Becciu at one point acted to cancel a contract Pell had made for an external audit of Vatican finances.

CNA has also reported that Pell and Becciu clashed repeatedly over financial affairs, including the use of Swiss banks to provide financing for different investments allegedly obscured from Vatican balance sheets, including the controversial purchase of a London building.

Since at least 2018, Vatican criminal investigators have been reviewing a web of investments and transactions at the Secretariat of State involving a network of businessmen and curial officials linked to investments related to the London property deal.

So far, one of brokers of the deal has been arrested, and several Vatican officials have had their offices and homes raided.

On Sept. 24, Becciu was asked by Pope Francis to resign from his Vatican job and from the rights of cardinals, and has denied subsequent media reports that he used Church funds to benefit family members, or that he had attempted to influence the outcome of a sex abuse trial against Cardinal Pell in Australia, which resulted in Pell taking a leave of absence from his curial post in 2017.

Speaking to AP on Monday, Pell said of the allegations against Becciu that “I hope for the sake of the Church, there’s nothing in it.”

“In fact — I say that quite sincerely — because some Australian people, my own family, said to me: ’Well, if the Mafia is going after you or somebody else is going after you, that’s one thing. It’s a little bit worse if it comes from within the Church.”

“But I think we will find out, whether there is or there isn’t,” said Pell. “Certainly, the party’s not over.”

An October AP report said the allegations against Becciu “appeared more an effort to discredit Becciu and distract attention from the shortcomings of the Vatican prosecutors’ primary investigation into a London real estate venture.”

Last week, police found hundreds of thousands of euros in cash hidden in two homes of Fabrizio Tirabassi, a lay official at the Secretariat of State until his suspension, together with four other employees, last year. CNA has previously reported his links to the London deal, including to the broker arrested for allegedly extorting the Vatican.

On Monday, Pell told AP that the rolling series of financial scandals appeared to show criminal behavior, but that a full Vatican trial could eventually establish the whole truth. “It just might be staggering incompetence,” he said.

“It would be better for the church if these things hadn’t happened, if I wasn’t vindicated in this way,” said Pell. “But given that they have happened, it’s quite clear” that his original reforming agenda was necessary.

Pell said his efforts had been “sadly vindicated by revelations and developments.”

“This is War”: Catholics Violently...

John Haas: Catholics Should Use Va...