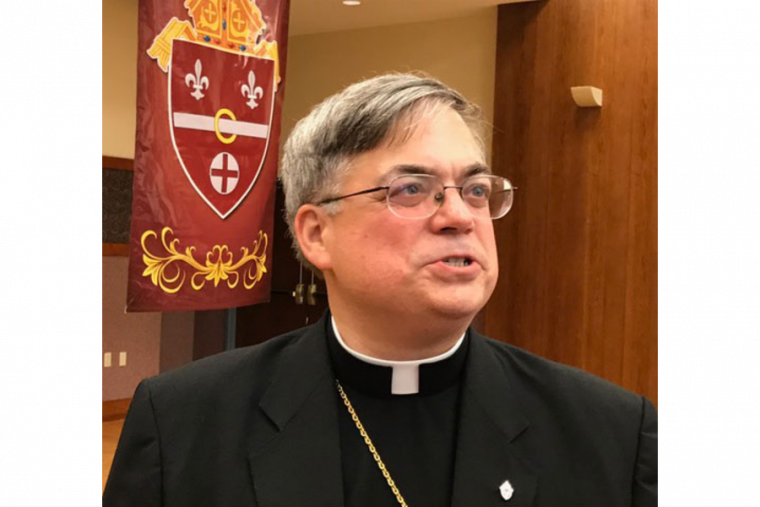 Defense of innocent human life should be “uppermost” in the mind of Catholic voters at election time, the bishop of Allentown, Pennsylvania, has told Catholics in his diocese.

In a letterissued Sept. 9on voting in the upcoming presidential elections, Bishop Alfred Schlert of Allentown said that “abortion and euthanasia are the ‘preeminent’ issues in forming an opinion about how to vote,” citing Catholic teaching as outlined by the U.S. bishops and Pope Francis.

Schlert cited Pope John Paul II’s apostolic exhortationChristifideles Laicito underline this point; that document stated that “the right to health, to home, to work, to culture is false and illusory if theright to life, the most basic and fundamental right and the condition for all other personal rights, is not defended with maximum determination.”

Catholics, Schlert said, should be voting with the intent of protecting innocent human life “uppermost” in their minds.

“While there is no initiative on the part of the Church to support one candidate over another,” said Schlert, “it is an indispensable obligation of bishops, priests, and deacons to inform the faithful about the hierarchy of issues that must be considered in conscience by every voting Catholic.”

“Hence, a Catholic voter is to approach the ballot box with the defense of innocent human life uppermost in his/her mind and conscience,” he wrote, adding that Catholic voters should consider whether their vote would constitute cooperation “with a candidate’s promotion of the grave sins of abortion and euthanasia.”

The voting document of the U.S. bishops, “Forming Consciences for Faithful Citizenship,” says that Catholics may vote for a candidate for political office who takes “unacceptable” positions on intrinsically evil acts; they may vote this way only “for truly grave moral reasons,” and “not to advance narrow interests or partisan preferences or to ignore a fundamental moral evil.”

Bishop Schlert exhorted Catholics to vote, but to do so in a serious manner and with a “well-formed conscience.”

“A ‘well-formed conscience’ for the Catholic is one that has been formed under the guidance of the Holy Spirit through prayer, studying Scripture, and honestly informing oneself about the moral teachings of the Catholic Church,” he said.

Voters could be faced with “many challenges and much soul-searching” in this election cycle, he noted, as “[t]here never are, and are not now, perfect candidates for office.”

Nevertheless Catholics should form their consciences according to the teaching of the Church, “especially on the overriding, foundational issues of abortion and euthanasia,” he said.

Trump has promised to “fully defund the big abortion industry of our taxpayer dollars” and “overcome Democratic filibusters in Congress” to sign a 20-week abortion ban and legislation protecting babies who survive abortion attempts.

Biden supports taxpayer-funded abortion, and has said that his health care “public option” would fund abortion and contraception, and has promised to review state laws regulating abortions, such as ultrasound or parental consent requirements.

The word “preeminent” regarding abortion appears in the U.S. bishops’ 2020 introductory letter for their voting document “Faithful Citizenship”; it was also the subject of some discussion at their fall, 2019, meeting.

According to the bishops’ letter, “[t]he threat of abortion remains our preeminent priority because it directly attacks life itself, because it takes place within the sanctuary of the family, and because of the number of lives destroyed.”

The letter goes on to add that “we cannot dismiss or ignore other serious threats to human life and dignity such as racism, the environmental crisis, poverty and the death penalty.”

At their November meeting in Baltimore last year, the U.S. bishops voted to approve the draft language of the letter.

During a parliamentary discussion about the letter, Bishop Robert McElroy of San Diego then brought up the use of the word “preeminent” before the mention of abortion in the bishops’ draft letter. McElroy objected to use of the word, and said that if it stayed in the document, a more extensive quotation from Pope Francis should also be included to summarize his full social teaching more accurately.

“It is not Catholic that abortion is the preeminent issue that we face as a world in Catholic social teaching. It is not,” Bishop McElroy said.

After that remark, Archbishop Charles Chaput weighed in: “I am against anyone stating that our saying [abortion] is ‘preeminent’ is contrary to the teaching of the pope. Because that isn’t true,” he said. “It sets an artificial battle between the bishops’ conference of the United States and the Holy Father which isn’t true.”

“I think it has been very clearly the articulated opinion of the bishops’ conference for many years that pro-life is still the preeminent issue,” Chaput said. “It doesn’t mean the others aren’t equal in dignity, it’s just time, in the certain circumstances of our Church, in the United States.”