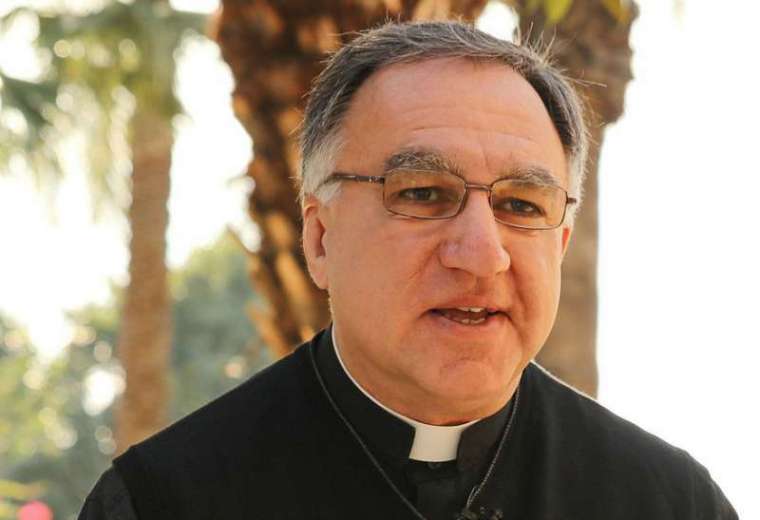 One chapter of a recently published book on academic plagiarism discusses at length the plagiarism committed by Fr. Thomas Rosica, including in pieces he ghostwrote for Cardinal Marc Ouellet.

Fr. Rosica resigned as CEO of the Salt and Light Media Foundation in June 2019, four months after reports emerged that he had plagiarized sections of texts in lectures, op-eds, scholarly articles, and other writings.

In a chapter ofDisguised Academic Plagiarism, published in July, Dr. M. V. Dougherty argued that Fr. Rosica (identified as R. in the text) was the ghostwriter for several plagiaristic texts of Cardinal Ouellet, the prefect of the Congregation for Bishops, while he was Archbishop of Quebec.

“The apparent devotion to same very narrow subset of source texts in the plagiarizing works of R. and Ouellet’s ghostwriter is only because R. publishes some of his compilations under his own name and offers some of his other compilations to prelates,” Dougherty, who holds the Sr. Ruth Caspar Chair in Philosophy at Ohio Dominican University, wrote in the “Magisterial Plagiarism” chapter of his recent book.

“Considering the evidence known thus far, it is [simple] to assume that the ghostwriter for Cardinal Ouellet is none other than R.,” he concluded.

Inan Aug. 27 article, the National Post reported that Fr. Rosica acknowledged via email “that he prepared the texts for three examples of Cardinal Ouellet’s published writing that a new academic investigation shows to be largely plagiarized from many sources.”

He began by demonstrating the plagiarism in a homily delivered by Cardinal William Levada, then-prefect of the Congregation for the Doctrine of the Faith, in 2007.

Dougherty found that in preparing that homily, the unidentified ghostwriter for Cardinal Levada “incorporate[d] lengthy sections” of a theological article by Fr. Jeremy Driscoll first published in 2000.

The homily delivered by Cardinal Levada uses text from Fr. Driscoll, but predicating of ‘sound theology’ what was predicated of ‘good preaching’ in the source text.

“Since the key termspreachingandtheologydo not have coextensive meanings in the discipline of theology, one must ask whether the ghostwriter’s plagiarizing construction is still intelligible,” Dougherty reflected. “If one answers in the affirmative, one renders oneself vulnerable to theex hypothesiobjection that theology must lack the rigor found in other disciplines if a coherent contribution can be made by taking an article and simply substituting one discrete technical term from the discipline for another. Both the source article and the plagiarizing article contain systematic, biblical, and historical claims, and it is difficult to conceive how these claims could remain reliable when migrating to different contexts.”

Dougherty then turned to Cardinal Ouellet’s ghostwriter, who turns out to have been Fr. Rosica.

The philosophy professor demonstrated that in preparing a speech delivered by Cardinal Ouellet in April 2007, Fr. Rosica “misappropriated passages without attribution from a wide range of works to produce a fraudulent amalgam for the cardinal’s address.”

Chief among these was the plagiazired text delivered by Cardinal Levada, Dougherty noted, so that “one finds herein the remarkably complex phenomenon of a plagiarist plagiarizing a plagiarizing text produced by a different plagiarist.”

Again, the same texts are predicated of differing subjects, which Dougherty said calls “into question the intelligibility of the texts manufactured by the two plagiarizing ghostwriters. Have they each produced coherent works of Catholic teaching, or are the plagiarizing documents simply theological word-salads?”

The professor also noted that sources plagiarized by Fr. Rosica in preparing Ouellet’s April 2007 speech include a 2005 conference paper by Igor Kowalewski and an English translation of a book by Fr. Edward Schillebeeckx, some of whose writings were investigated, though not condemned, by the Congregation for the Doctrine of the Faith.

Dougherty noted that “it is notable that some of [Schillebeeckx’] words here are acquiring a magisterial quality via their promulgation by Cardinal Ouellet. Readers of Ouellet 2007 are certainly unlikely to suspect that they are encountering the work of Schillebeeckx.”

The professor also discussed a 2007 speech, and a 2008 homily, both delivered by Cardinal Ouellet and plagiaristically ghostwritten by Fr. Rosica.

He then turned to the theological writings of Fr. Rosica, many of which “were revealed to be plagiarizing compilations of the works of others.”

The priest’s plagiarism was first reported by LifeSiteNews in February 2019.

“In light of these 11 defective articles published under the names of ‘R.,’ ‘Levada,’ and ‘Ouellet,’ one is tempted to conclude thatOriginshas been established as significant gateway for the proliferation of plagiarizing content in the discipline of Catholic theology in recent years,” Dougherty wrote.

Fr. Rosica has apologized for his plagiaristic acts.

He is reported to have misrepresented his academic credentials, claiming falsely in his official biography to have earned an advanced degree from École Biblique et Archéologique Française de Jérusalem.

Fr. Rosica now serves as a chaplain to a home for retired religious.

Previously he had served as a Vatican press aide and a university president, and he was a central figure in the planning of World Youth Day 2002 in Toronto.