Polish bishops concerned by rise in acts of desecration 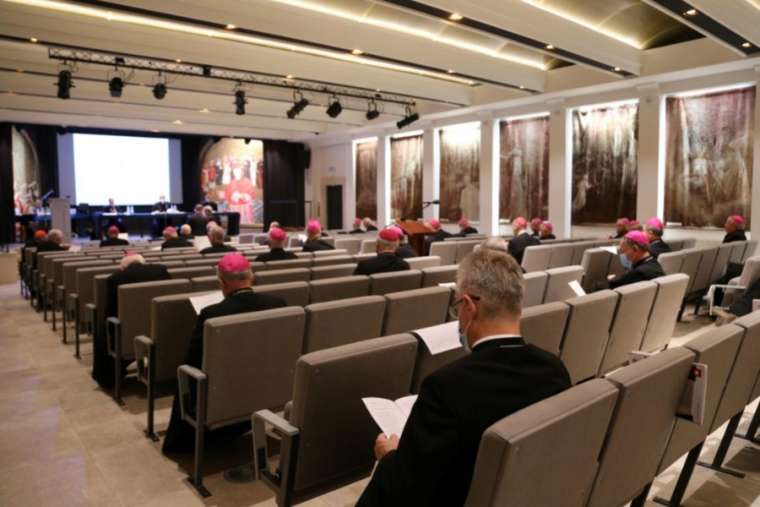 Polish bishops concerned by rise in acts of desecration

Poland’s bishops expressed concern Saturday about a rise in acts of desecration.

In astatementissued at the end of their plenary assembly Aug. 29, the bishops called for greater respect for religious sensibilities.

“The bishops … express their concern about the increasingly frequent cases of profanation of places of worship and religious symbols, which cause pain to so many people,” the statement said.

“The Polish bishops’ conference appeals for respect for the religious feelings of believers and those for whom these places and symbols constitute a unique value regardless of their worldview.”

The bishops did not cite any examples in their statement, but it followed a high-profile incident in July in which protestersattached a rainbow flag to a historic statue of Christin the capital, Warsaw.

During their meeting atJasna Góra last week, the bishops issued a 27-pagedocumenturging Catholics to respect people who identify as LGBT+ but not to accept their views uncritically. The text, entitled “Position of the Polish Bishops’ Conference on LGBT+,” alsocondemned verbal and physical violenceagainst people associated with the LGBT+ movement.

At their Aug. 27-29gathering, the bishops also marked the 30th anniversary of the return of religion lessons to Polish schools following the collapse of communion. They discussed the present state of religious education, as well as the proper preparation and formation of catechists.

The bishops also addressed the clerical abuse scandals that have rocked the Church in recent years. They received an update on the work of the St. Joseph Foundation, which they established in 2019 to support abuse survivors.

In March 2019, the bishopsannouncedthat nearly 400 Polish priests were accused of sexual abuse of minors between 1990 and 2018.

Commenting on the Polish Church’s response to the sexual abuse of minors by clergy, the bishops said: “This response is only possible through honest and consistent accountability for every crime actually committed and assistance to the victims, as well as an explanation of negligence.”