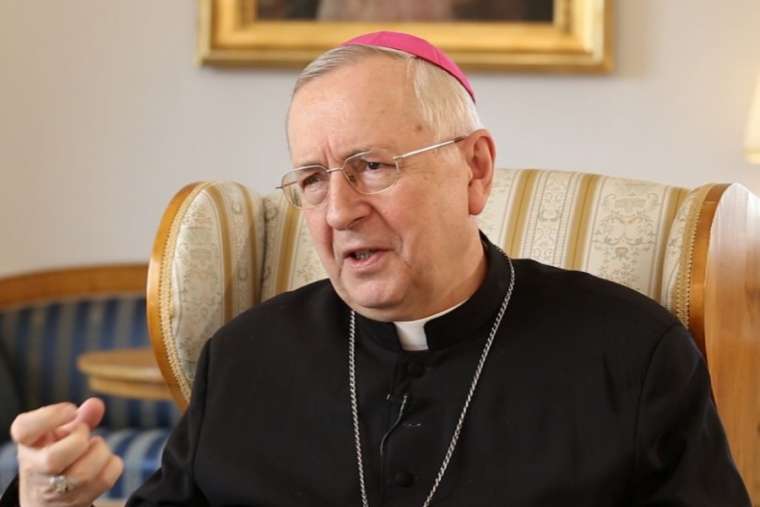 Poland’s bishops have intervened in a debate over whether their country should withdraw from a European treaty on preventing violence against women.

In a statement issued Sept. 17, the bishops reiterated their opposition to the Istanbul Convention, an initiative seeking to create a pan-European legal framework to protect women against violence, on the grounds that it “introduces elements of gender ideology.”

“We welcome the emergence of a social legislative initiative to terminate the Istanbul Convention and replace it with the International Convention on the Rights of the Family, and we encourage support for this action,” they said, according to anEnglish translationprovided by the Polish Bishops’ Conference.

The “Convention on preventing and combating violence against women and domestic violence” was launched in 2011 by the Council of Europe, a human rights organization founded in 1949 with 47 member states.

President Bronis?aw Komorowski,associated with the Civic Platform party, ratified the convention on behalf of Poland in 2015. But in July this year Poland’s Justice Minister Zbigniew Ziobro said that he would seek to withdraw from the treaty, prompting demonstrations in the capital, Warsaw.

Shortly afterwards, Prime Minister Mateusz Morawiecki, a member of the Law and Justice party,announced that he had asked the country’s Constitutional Tribunal to declare whether the Istanbul Convention is compatible with the Constitution of Poland.

In their statement, the bishops noted that the bishops of Central Europe hadreached a consensuson rejecting the convention in 2018.

They said: “The Istanbul Convention quite rightly seeks to combat discrimination based on sex, that is, biological differences between a woman and a man. However, alongside that, the Convention introduces elements of gender ideology, referring to the need to combat various types of discrimination related to gender.”

“The concept of gender that appears many times in this document — translated into Polish as ‘socio-cultural gender’ — means, according to the Convention, ‘the socially constructed roles, behaviors, activities and attributes that a given society considers appropriate for women and men.’”

The bishops continued: “Moreover, the Istanbul Convention also states that one of the causes of violence against women and domestic violence is religion and tradition.”

“Therefore, the Convention calls on the host to ‘take the necessary measures to promote changes in the social and cultural patterns of behavior of women and men with a view to eradicating prejudices, customs, traditions and all other practices which are based on the idea of the inferiority of women or on stereotyped roles for women and men,’ and to introduce ‘teaching material on issues such as equality between women and men, non?stereotyped gender roles […] in formal curricula and at all levels of education.’”

The bishops said that marriage — defined as “a permanent relationship between a woman and a man, and their complementary roles of motherhood and fatherhood” — was not a cultural stereotype. Rather, it was “the foundation of human life and society, in accordance with the will of the Creator himself.”

The statement was signed by the Presidium of the Polish Bishop’s Conference, which consists of bishops’ conference chairman Archbishop Stanis?aw G?decki of Pozna?, deputy chairman Archbishop Marek J?draszewski of Kraków, and secretary general Bishop Artur G. Mizi?ski, an auxiliary bishop of Lublin.

Addressing Poles, the bishops said: “We also support, and we encourage you to support, any changes in Polish criminal law aimed at the greater protection and security of family life.”

“We would like to remind you that the main sources of crises in family life, which sometimes become pathological and lead to violence, are: alcoholism, drug addiction, and other addictions, as well as pornography of mass culture and the related objectification of women and dehumanization of sex life.”