Pompeo calls for Belarus to allow Catholic bishop to return 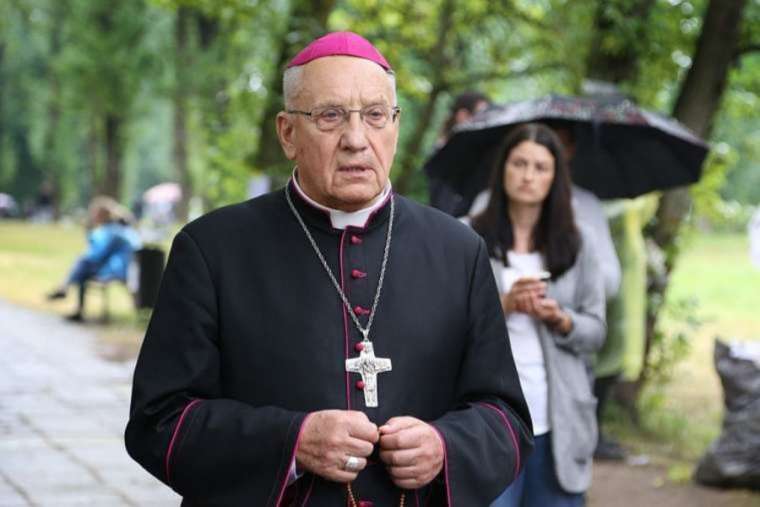 Pompeo calls for Belarus to allow Catholic bishop to return

Secretary of State Mike Pompeo on Tuesday called for the government of Belarus to allow the Catholic Archbishop of Minsk and Mahilyow to return the country.

“More than 40 days have passed since Belarusian authorities prevented a fellow citizen, Catholic Archbishop Kondrusiewicz, from re-entering the country, on the spurious notion that faith leaders should not publicly challenge injustices,” said Pompeo in a statement released October 13.

The Secretary of State called the refusal to allow Archbishop Tadeusz Kondrusiewicz into the country an “injustice” as well as “an affront to religious freedom.”

“Faith is not merely a private endeavor,” he said. “I urge the Belarusian government to right this wrong and allow the leader of the Roman Catholic Church in Belarus back into his country.”

Archbishop Kondrusiewicz was prohibited from returning to Belarus on August 31. Border security guards stopped the archbishop at the Polish border. Kondrusiewicz is a citizen of Belarus of an ethnic Polish background.

Authorities declined to give a reason why Kondrusiewicz was not permitted to enter his country. Kondrusiewicz insists that he is a citizen of Belarus and only of Belarus. He told CNA on September 1 that he “was surprised very much” when he was detained.

Belarus has seen widespread protests in recent weeks following a disputed presidential election. Protests began Aug. 9 after president Alexander Lukashenko was declared to have won that day’s election with 80% of the vote. Lukashenko has been president of Belarus since the position was created in 1994.

In a message to the Catholics of Belarus, the archbishop said the decision to deny him entry to Belarus was “absolutely incomprehensible,” and “unreasonable and illegal.”

According to the state-owned Belarusian Telegraph Agency, Belta, Lukashenko addressed the incident involving Kondrusiewicz Sept. 1, saying that he did not possess full information about the event. He suggested that the archbishop might be a citizen of more than one country.

“We are looking into the matter. I do not claim it. We want to study the issue. If everything is according to the law, we will act accordingly. It does not matter whether he is the main Catholic, the main Orthodox, or the main Muslim. He has to live by the law. If you mix church and politics and call for believers, Catholics, who are wonderful people, there is double responsibility for that,” Belta quoted him as saying.

Archbishop Kondrusiewicz told CNA that “In Belarusian law, a citizen of Belarus has a right to travel, has a right to leave the country and to come back. About leaving, it’s written they can stop sometimes, but to come back is a right without any restrictions. So I don’t know what happened.”

He added, “today I was accused that I received from Warsaw some instructions, or something, but I didn’t visit Warsaw.”