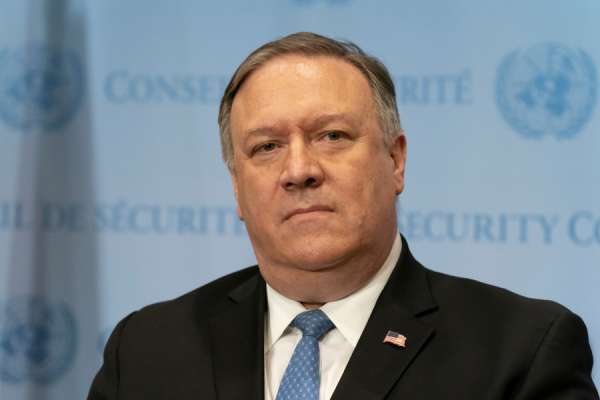 CNA Staff, Oct 29, 2020 / 11:30 am (CNA).- The U.S. Secretary of State on Thursday called out the Chinese Communist Party as the world’s most serious threat to religious freedom.

In a speech in Jakarta, Indonesia, Oct. 29, Mike Pompeo said that “the gravest threat to the future of religious freedom is the Chinese Communist Party’s war against the people of all faiths—Muslims, Buddhists, Christians, and Falun Gong practitioners alike.”

Pompeo said that he recently exhorted Vatican leaders to support religious freedom in China and elsewhere. On Thursday, he asked the leaders of the overwhelmingly-Muslim Indonesia to do the same.

“And today I want to urge you,” he said, “I want you to urge the same actions I asked the Catholic Church’s leaders to do in the Vatican—we need more religious leaders to speak out on behalf of people of all faiths wherever their rights are being violated.”

Pompeo met with Indonesian leaders on the fifth day of his official trip to South Asian countries from Oct. 25-30. The secretary first visited India for a ministerial dialogue, before traveling to Sri Lanka, the Maldives, and Indonesia. He will conclude his trip in Hanoi, Vietnam.

His remarks came one week after the Vatican and China renewed their provisional agreement on the ordination of bishops. The two-year agreement, first signed in September, 2018, was renewed for another two years on Oct. 22.

The deal was signed as a means of unifying the underground Church in China with the state-sanctioned Chinese Patriotic Catholic Association. However, there have been continued reports of underground Christians facing harassment and detention for refusing to register with the state-sanctioned Church, the Chinese Patriotic Catholic Association.

Defenders of the agreement say that conditions for underground Catholics could be far worse if no deal had been struck.

Critics of the agreement, including the former Bishop of Hong Kong, Joseph Zen Ze-kiun, have said that it forced the Vatican into a damaging diplomatic silence on human rights abuses, including the detention of more than one million Uyghurs in concentration camps in the province of Xinjiang.

Pope Francis has notably not made public statements on Xinjiang, amid widespread reports of mass detention camps, forced sterilizations, forced labor, and other abuses committed against Uyghurs and other ethnic Turkic Muslims in China’s northwestern province.

“The resounding [Vatican] silence will damage the work of evangelization,” Cardinal Zen told CNA in September.

Secretary Pompeo told CNA ahead of his Vatican trip that he hoped the Church would use its “enormous amount of moral authority” to push for protection of “believers of all faiths inside of China.”

On Thursday, Pompeo pleaded with Indonesian leaders to speak out on behalf of fellow Muslims in Xinjiang.

“I know that the Chinese Communist Party has tried to convince Indonesians to look away, to look away from the torments your fellow Muslims are suffering,” Pompeo said. He said the CCP has defended its treatment of Uyghurs as part of counterterrorism or poverty alleviation efforts.

Pompeo cited credible reports of forced sterilizations, separation of families, and Muslims forced to eat pork during Ramadan. He emphasized that “there is no counterterrorism justification” for such actions.

In Hong Kong, authorities have cracked down on pro-democracy protesters in recent months. Pompeo condemned on Thursday morning the arrest of three pro-democracy student activists by Hong Kong police.