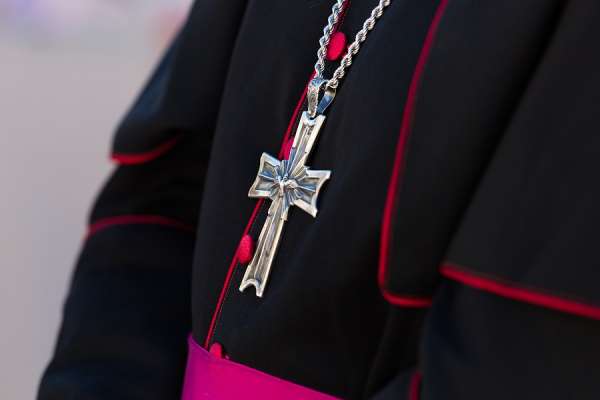 Farrell, 66, takes over leadership of the metropolitan archdiocese from Archbishop Diarmuid Martin, whose resignation was accepted by the pope Dec. 29.

Martin, who turned 75 in April, led the large Irish archdiocese since 2003 as coadjutor archbishop, and since 2004 as archbishop.

He was archbishop during Ireland’s sexual abuse crisis, including the 2009 release of the Murphy Report, the result of a three-year investigation into the abuse scandal in the Dublin archdiocese, which implicated some of Martin’s predecessors in cover up of abuse by priests.

The Archdiocese of Dublin serves over 1.1 million Catholics in over 62 square miles on the mid-eastern coast of Ireland. The Catholic faith in the area can trace its roots back to the 5th century, with its first bishops, Palladius and St. Patrick.

Archbishop-elect Farrell was appointed bishop of Ossory in January 2018; since March 2019 he has been finance secretary of the Irish bishops’ conference.

His other administrative experience includes serving on the governing body of the National University of Ireland, Maynooth; as national director of the permanent diaconate; and chairman of Veritas Communications.

Farrell has a doctoral degree in theology from the Pontifical Gregorian University in Rome. While in Italy, he also served for one year as the director of formation at the Pontifical Irish College.

On his return to Ireland in 1989 he began teaching moral theology at Saint Patrick’s College, Maynooth. He was appointed vice president of the college in 1993. Three years later he was named the college’s president, a position he held until 2007.

Farrell is from County Westmeath, and was the first of seven children. He was ordained a priest in 1980.

Farrell said in a press release Dec. 29, that he is sad to be leaving the Diocese of Ossory, but “I come in hope” to Dublin.

“I am glad to accept the call to serve in Dublin, to be a pastor in this place, and in this community of faith,” he stated.

“We live in a time of profound and rapid change. Our world is changing before our eyes, our country is changing deeply, and our Church changes beneath our feet,” Farrell said. “Together, we are called to find a way into the future that God opens before us.”

“The only genuine way into the future is a shared way, a way together,” he added.

The archbishop-elect said everyone in the archdiocese, from clergy to laity, has something to contribute to the future of the Church in Dublin.

“Three years ago, I took as my episcopal motto, ‘auditorium nostrum in nomine Domini’ — ‘our help is in the name of the Lord,’” Farrell said. “As I take up this responsibility to be pastor and a teacher of the faith among you, I place my trust anew in God’s goodness, and in God’s providence out into the future. As we all learn in the end, everything is in God’s hands.