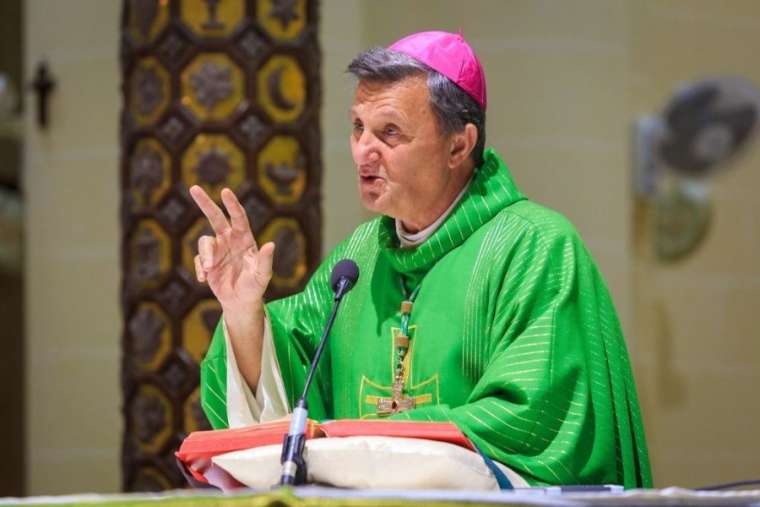 Pope Francis appointed a new secretary general of the Synod of Bishops Wednesday.

The Holy See press office said Sept. 16 that the pope had named Maltese Bishop Mario Grech to the post after accepting the resignation a day earlier of Cardinal Lorenzo Baldisseri, who had served as secretary general since 2013.

Grech, the emeritus bishop of Gozo, was appointedpro-secretary general of the Synod of Bishops on Oct. 2, 2019, serving alongside Baldisseri.

The Italian cardinalsaidat the time of the appointment that Grech would assume the full position of secretary general when his own mandate expired.

One of Grech’s main tasks will be preparing for the forthcomingsynod on synodality, scheduled for Oct. 2022. He took part in last year’sAmazon synod.

He was one of two authors of the Maltese bishops’controversial pastoral guidelinesonAmoris laetitia, which stated that divorced and remarried Catholics, in certain cases and after “honest discernment,” could receive Communion.

He was also one of two Maltese bishops to speak out against divorce and in defense of the Christian view of marriage in 2010.

Pope Francis named him a member of the Pontifical Council for Promoting Christian Unity on July 4 this year.

Baldisseri was born in 1940 in the Italian town of Barga, and in 1963 was ordained a priest, while still only 22 years of age, for the Archdiocese of Pisa.

In Brazil, Baldisseri achieved an agreement regulating the juridical status of the Church which is now a model for every religious group wishing to forge an agreement with the Brazilian state. In securing the arrangement, Baldisseri had to coordinate with 11 different ministries of the Brazilian administration.

In this latter role, he acted as secretary of the 2013 conclave. At the end of the conclave, the newly elected Pope Francis gave Baldisseri his red zucchetto, indicating that he soon would be made a cardinal.

The Synod of Bishops was created in 1965 by Pope Paul VI, who charged the synod withencouragingclose union between the pope and the world’s bishops,to “ensure that direct and real information is provided on questions and situations touching upon the internal action of the Church and its necessary activity in the world of today.”

Ordinary synods take placeevery three years on issues voted upon by synod delegates elected or appointed from each continent, and from certain Vatican offices. There have been 15 ordinary synods to date. There are also extraordinary synods and special synods.

The synod that took place in October 2019 was a special Synod of Bishops for the Pan-Amazonian region.

Following that synod, the pope stressed that “synodality is an ecclesial journey that has a soul that is the Holy Spirit.”

“The practice of synodality, traditional but always to be renewed, is the implementation in the history of the People of God on the way, of the Church as a mystery of communion, in the image of the Trinitarian communion,” he said.