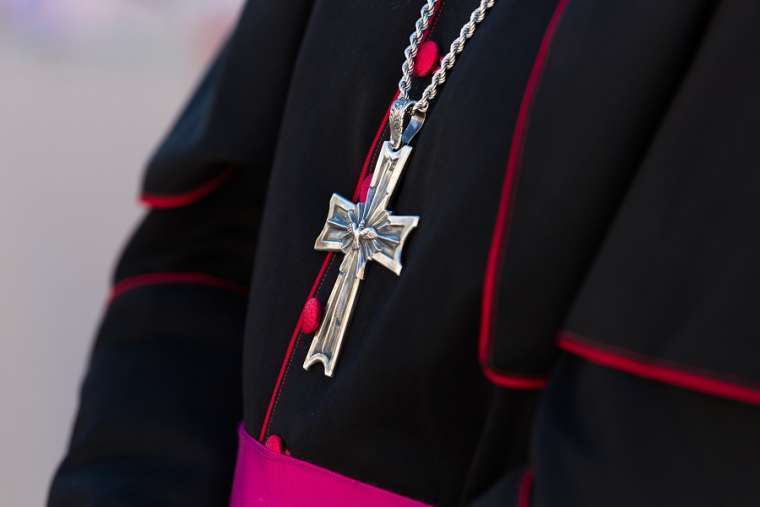 Chung, who currently serves as bishop of Chiayi, Taiwan, will replace Archbishop John Hung Shan-chuan, who has retired at the age of 76.

The Holy See is the only remaining country in Europe that recognizes Taiwan as a country. The Holy See and Taiwan have had formal diplomatic relations for 77 years. However, the nunciature in Taipei has not been led by a nuncio since Oct. 25, 1971, when the United Nations ceased to recognize the Taipei-based government as the government of China.

The pope also appointed Chung to serve as the apostolic administrator of the Matzu Islands, an archipelago of 36 islands in the East China Sea, and the Kinmen Islands, which are located under four miles from the mainland People’s Republic of China.

Chung, 67, was born in Yunlin, Taiwan, and ordained a priest in Tainan at the age of 29. Pope Benedict XVI first appointed him as a bishop in 2006. He served as an auxiliary bishop for the Archdiocese of Taipei from 2006 to 2008 before he was named Bishop of Chiayi.

As Metropolitan Archbishop of Taipei, Chung will oversee the largest city on the island of Taiwan with a population of 7.4 million people. The title of “metropolitan bishop” refers to the diocesan bishop or archbishop of a metropolis, namely, the primary city of an ecclesiastical province or regional capital.

The Holy See has recognized the Taiwanese government, officially known as the Republic of China, since 1942. The Vatican does not have formal diplomatic relations with the government of the People’s Republic of China, which consolidated control of the mainland at the conclusion of a civil war in 1949.

The split between China and Taiwan dates back to 1949, following the communist military success in China’s civil war that led Chiang Kai-shek and the nationalist forces to retreat to the island.

The Holy See and the Chinese government signed a provisional agreement in 2018 on the appointment of bishops in the state-sponsored Church, the terms of which have still not been publicly released. In the wake of the deal, previously excommunicated bishops of the Chinese Catholic Patriotic Association (CCPA), which is overseen by the Communist Party, were received into full communion with the Vatican.

In Taiwan’s recent bid to participate in World Health Organization’s World Health Assembly meetings during the coronavirus pandemic, the Holy See was the only diplomatic ally of Taiwan which did not make an appeal to allow Taiwan to participate, according to Taiwan’s Ministry of Foreign Affairs, who told the Taipei Times on May 15 that the Vatican would voice its support for Taiwan through other methods.

The Embassy of Taiwan to the Holy See donated 280,000 surgical face masks to the Vatican and the bishops of Italy in April.

There are more than 550 metropolitan archdioceses worldwide.